PANDORA AND THE FLYING DUTCHMAN - FILMSTRUCK

This review was originally written in 2010 for DVDTalk.com. 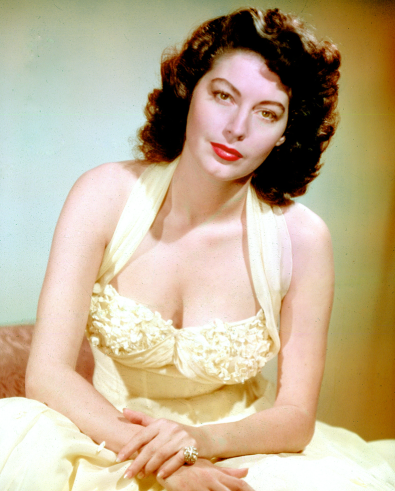 The tale of the Flying Dutchman is a ghost story. A haunted ship travels through the night, its lonely captain cursed to sail the empty seas for eternity. Having committed an heinous crime against love, he must now roam the waters until the day he finds a woman who loves him so much, she is willing to die for him. Love, we are told, is measured by what you will give up for the person you hold most dear. Thus, the irony would be that if the Dutchman were to ever meet the woman who loved him enough to die on his behalf, he would likely love her in equal measure and thus will give up his own salvation so that she may live.

Albert Lewin's 1951 romantic curio Pandora and the Flying Dutchman takes place on a strange dreamscape somewhere just on the other side of the expatriate fiction of Ernest Hemingway and F. Scott Fitzgerald. It is set on the coast of Spain, in a town called Esperanza--the name translating as "hope," which is all that remained after Pandora opened the box of horrors in the Greek myth. Lewin casts Ava Gardner as his Pandora, an American nightclub singer who leads a bored life by the beach. She is fawned over by the male transplants in the village, and they are all too ready to be manipulated by her. There is the drunk socialite Reggie (Marius Goring) and the renowned bullfighter Montalvo (Mario Cabré), and also a race car driver that is so taken with Pandora, he pushes his car into the sea on her urging. It doesn't matter that Steven (Nigel Patrick) is engaged to another, he's now engaged to Pandora. 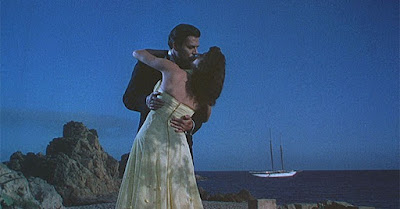 Fittingly, Steven's car was named for his paramour, and the night the four-wheeled Pandora is dumped into the drink, so too does the two-legged Pandora see an unfamiliar yacht in the harbor. Intrigued by this fresh prospect, she leaves her new fiancé and swims out to meet the mysterious Hendrik van der Zee (James Mason). The Dutch sailor is alone on his boat, where he is marking time by painting a portrait of the mythic Pandora; only, she has Ava Gardner's face. It would appear that destiny is pushing these two tragic figures together, but we can tell by the way Lewin and cinematographer Jack Cardiff (Girl on a Motorcycle [review]) shoot their meeting that having that much tragedy in one place can only cause further imbalance. While they are on the ship, the image rocks up and down, subject to the caprice of the waves. 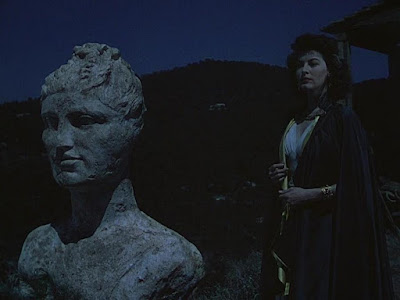 Since the basic premise of Pandora and the Flying Dutchman has its roots in classic literature, Albert Lewin gives his tale of doomed romance a literary framework. The main story is shown in flashback, narrated by a scholar (Harold Warrender) who is also caught in Pandora's web, but who has been relegated to the role of confidante and witness. He is the one who finds the old manuscript that purports to be the real diary of the Flying Dutchman, and so it is he who puts two and two together and realizes that van der Zee (whose name literally translates as "the sea") is the eternal wanderer from the folk tales. With the Dutchman swearing he will set sail the night before Pandora is to marry Steven, this realization is like the Dutchman's ever-present hour glass--it initiates a countdown to zero. The love of Pandora has unleashed all kinds of danger. Some suitors will survive, some will not, and it remains to be seen what either she or the Dutchman might give up in order to love the other.

Lewin is no stranger to literary films, having directed my favorite cinematic version of Dorian Gray in 1945. In that movie, he audaciously experimented with color, inserting full-color shots of Dorian's infamous portrait into an otherwise black-and-white film. For Pandora and the Flying Dutchman, the director goes all out, working with Cardiff to extend and expand upon the marvelous Technicolor landscapes the cameraman previously created for Michael Powell and Emeric Pressburger in Black Narcissus [review] and The Red Shoes [review]. Those films dealt with passion, spirituality, and art in their own ways, making them sort of distant cousins to Pandora and the Flying Dutchman. There is a breathless unreality at work in these movies, and the effect is hypnotic. Watching them is like stepping into a painting depicting a particularly vivid dream. 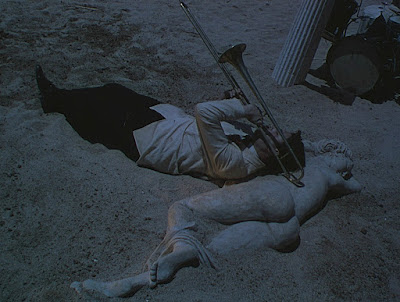 Unlike the Powell and Pressburger films, however, Pandora and the Flying Dutchman never quite finds its narrative footing. It remains as off-balance as those early shots of van der Zee's boat. Though the movie is always impressive to look at, it does tend to wander. The pacing is often slow, lacking the feverish rush that the story demands. Likewise, for as beautiful as Ava Gardner is, her performance is far too morose to get too worked up over. For an irresistible leading lady, she's a lot easier to resist than one might think.

On the other hand, James Mason is quite good as van der Zee. He embraces the role with such utter seriousness, his performance almost turns campy. It makes it all the more sad that Lewin didn't get more ridiculous with this story. Mason's stone-faced delivery could have sold whatever the writer/director sent his way. The sillier the events, the more starch in Mason's shirts, the better for all of us. 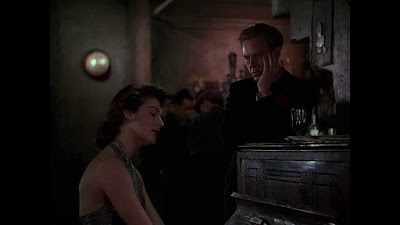 Then again, Lewin may be playing it smarter than I am giving him credit for. By withholding the histrionics and playing the more fantastical elements close to his chest, Pandora and the Flying Dutchman perpetually feels like it has something waiting just around the next edit, that there is a strangeness just out of frame that one whip pan will reveal. And, really, the story does escalate as it goes. The bullfighter's mother adds to the anxiety by predicting that death is coming for the men in Pandora's life, and so every rash action they take could be their last. Steven pulls his race car out of the water with the intention of making it roadworthy again and setting a speed record, while the hotheaded Spaniard has a date with a hotheaded bull. They both want to show Pandora what men they are, but it's Montalvo who takes us into the third act by escalating events and clearing the way for Lewin to deliver on all the hints and teases with a delirious finish. Myth collides with fairy tale, making for some unequaled cinematic magic. 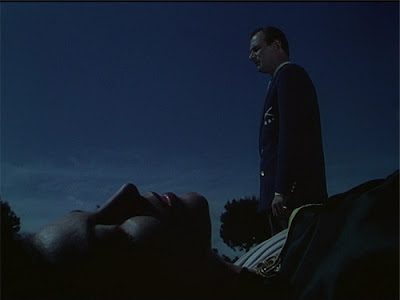