CAMERAMAN: THE LIFE AND WORK OF JACK CARDIFF - FILMSTRUCK/CRITERION CHANNEL

This review was originally written for the Criterion Cast in 2011.

Any cinema fan knows the story of a good cinematographer is really the tale of a good painter. Legendary cameraman Jack Cardiff gives us solid proof of that idea, and Craig McCall’s documentary tribute to the influential artist lets us not only hear Cardiff’s opinions about classic painting, but to see his brushwork, as well. Cardiff, who is probably best known for working with Michael Powell and Emeric Pressburger on movies like The Red Shoes [review 1 2] and Black Narcissus [review], left us in 2009 at the age of 96, but he also left behind a tremendous legacy. Having started in the film business in 1918, acting in his first silent film at the age of four, he never stopped working, racking up 73 cinematography credits on IMDB and directing 14 films himself. He shot high art, such as the fevered romance Pandora and the Flying Dutchman [review], but he also made incredible entertainment. In the 1980s, he was behind the lens for action films like Conan the Destroyer and Rambo [review].

Cameraman: The Life and Work of Jack Cardiff lives up to its title. It stands as both a biography of the late filmmaker and an exploration of his extraordinary career. Cardiff worked a variety of jobs, including camera operator, in the British film industry at the advent of sound, and he was the principle photographer on his first full-length picture, Powell and Pressburger’s extraordinary A Matter of Life and Death [review], in 1946. He worked with many incredible directors, including Hitchcock, Huston, Hathaway, and Lewin, as well as some of cinema’s most celebrated stars. Sitting in front of McCall’s camera, Cardiff shares stories about Ava Gardner, Marilyn Monroe, Marlene Dietrich, Orson Welles, and Humphrey Bogart. Singing his praises are such commentators as Martin Scorsese, Lauren Bacall, Kirk Douglas, Thelma Schoonmaker, and Charlton Heston, as well as actresses from his Archers work, Kathleen Byron (Black Narcissus) and Kim Hunter (A Matter of Life and Death). Director Richard Fleisher shares tales of collaborating on films like The Vikings, and Peter Yates (The Friends of Eddie Coyle [review]) talks about what it was like to assist Cardiff on Jack’s directorial masterpiece, the 1960 feature Sons and Lovers.

All of this chatter is generously decorated with clips from Cardiff’s most famous efforts, including outtakes and photos from his archives that illustrate how he put some of his more innovative camera tricks together. Cardiff shows off a photo of himself and Marilyn, and tells a great story about how it came to be autographed by the actress and her then-husband, playwright Arthur Miller. He also lets McCall peek into his portfolio of photographs of famous actresses, a combination of obsession and work research. Cardiff loved taking pictures of the beautiful women he was charged with lighting, and the still photographs taught him how to best capture their famous faces.

When it’s all spliced together, Cameraman is a fascinating portrait of an artist at work. You might want to watch it with a pen and paper handy, because you’re going to walk out with a list of movies you will want to see as soon as possible. While it’s sad that Jack Cardiff passed away, it’s fortuitous that first-time director Craig McCall managed to get Cameraman: The Life and Work of Jack Cardiff in the can before he did. Cameraman is an invaluable document of the creations of a true original, and even with the heavy hitters analyzing his work here, there is nothing to compare to hearing it straight from the artist’s mouth. A must for all cinema lovers. 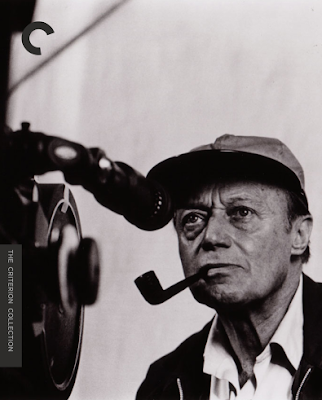