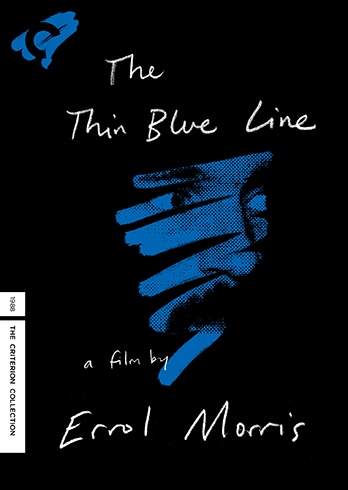 Errol Morris’ influential 1988 documentary The Thin Blue Line is both film as political activism and true crime. Like Truman Capote’s In Cold Blood but with the journalistic rigor of 60 Minutes.

The Thin Blue Line is the story of a 1976 killing of a policeman in Dallas, Texas. Just past midnight on Thanksgiving weekend, Officer Robert W. Wood pulled over a car driving without its headlights. When the office approached the driver’s door, the man behind the wheel pulled a pistol and opened fire. About a month later, just before Christmas, Randall Dale Adams was arrested for the crime. Though he insisted on his innocence all the way through, Adams was eventually convicted, primarily on the testimony of David Harris, a 16-year-old delinquent who claimed to be hiding on the passenger side of the vehicle that evening. Adams contended that Harris picked him up when he ran out of gas, and though he and the teenager spent the day together, he had returned to his hotel a few hours before the homicide and never saw Harris again. Adding weight to his defense: the kid admitted to having stolen the car and the gun that was used to shoot the lawman. 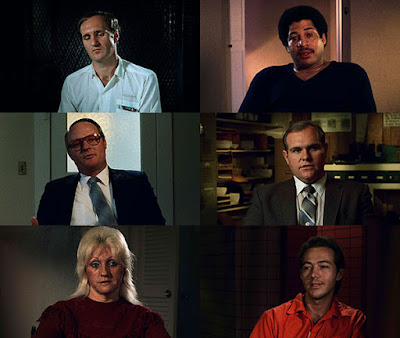 Despite a flimsy case, Adams was convicted and sentenced to death. Morris picks up the story nearly a decade later, and retraces all the steps taken that landed Adams in jail. He examines both the prosecution and the defense’s arguments. In addition to Adams and Harris, he interviews police investigators, lawyers, the judge, and key witnesses. The director approaches each aspect of the case from one angle, and then another, and then a third still--however many it takes to get all sides. Each interview subject is getting a chance to state their truth, and then Morris impeaches that truth or finds support for it. Other people editorialize, the director does not. While one can guess that perhaps sympathy for Adams is what inspired Morris to undertake The Thin Blue Line, one doesn’t get the sense that any of the documentary’s conclusions are considered foregone.

On the contrary, the thrill of watching The Thin Blue Line is how many twists and turns this narrative takes before finding its way to the closing credits. Morris’ camera is akin to a noir detective in that its always having to adapt to new information; every time it settles on one answer, a new question pops up, so it can never maintain a single line of interrogation. In terms of technique, Morris relies mostly on participant testimonies, which he illustrates via re-enactments. The central crime is shown over and over, but with each change in the account, we see it a slightly different way. The use of these staged sequences is engaging without being manipulative. The switch-ups have a Rashomon-like effect. Every version could be true, or none of them. In fact, as The Thin Blue Line draws to a close, the truth is still up to us. The audience, in this case, is the jury. In both approach and effectiveness, The Thin Blue Line is the granddaddy to the Paradise Lost trilogy and Making of a Murderer, both of which owe Errol Morris a huge debt.

There is a level of restraint here that is kind of remarkable. As David Harris emerges as a more intriguing character than initially thought, it must have taken every ounce of control that Morris could muster not to rush ahead, to expose all the secrets immediately, or convert his winding path to a more direct route. It’s a credit to what a good storyteller the filmmaker truly is. Because even if you go in knowing the outcome, you’ll still be completely drawn in waiting to see how Errol Morris is going to get us there. 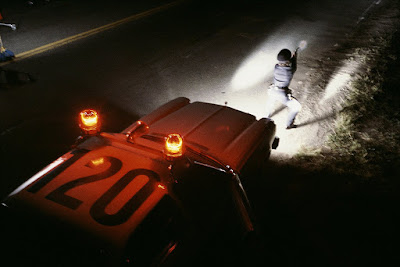