This review was written for the theatrical release of The Complete Metropolis in 2010 and published at DVDTalk.com. 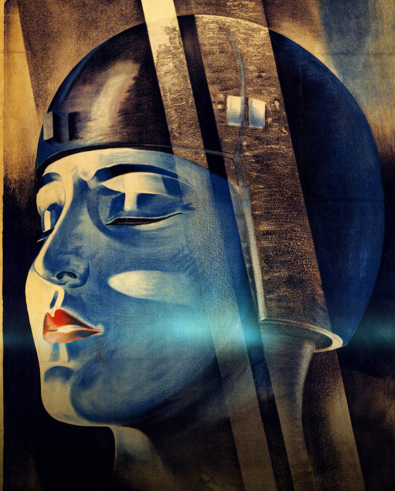 "There can be no understanding between the hand and the brain unless the heart acts as mediator."

There are few films from early cinema that could even get close to touching Fritz Lang's 1927 masterpiece Metropolis in terms of its impact on pop culture. Lang's silent sci-fi parable is an imaginative, visually stunning piece of work. His creation of a future city and the lady robot that would bring it crashing down has influenced just about every future vision to follow, be it in movies, comic books, or even music videos.

All the more impressive, then, that this impact was achieved despite that fact that versions of Metropolis people have been seeing for the last 80 years are vastly different than the one Lang and his crew intended. The movie immediately ran afoul of German censors, who started making trims. Then Metropolis traveled overseas, and American censors and greedy exhibitors made even more cuts. Most of the footage that had been taken out was believed to be lost forever, so it was a gutted Metropolis or no Metropolis at all. If you can't quite grasp what that means, imagine if someone had taken a pair of scissors to da Vinci's Last Supper and cut out five of the apostles. It's a totally different painting, and one that's full of holes. 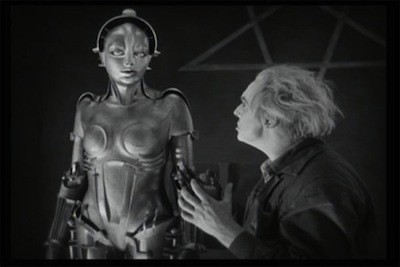 The story of Lang's film got a surprise happy ending recently when a nearly complete print was discovered in Buenos Aires. A restoration team seized upon this unearthed treasure and immediately got to work restoring more than 20 minutes of footage not seen since the movie's earliest showings. Though the title The Complete Metropolis is somewhat of a misnomer (we're still missing the showdown between Joh Fredersen and Rotwang, for instance), the new prints of the film that are currently touring arthouses is the closest to the full picture as we're likely to get, so I'm willing to go with it. 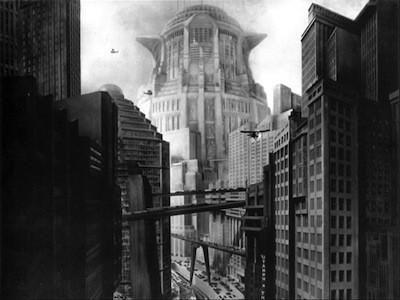 And my, what a difference this added footage makes! Metropolis is now a far more coherent and rich film, working much better as a narrative but without sacrificing the movie's legendary weirdness. Based on a novel by Thea von Harbou, who also worked on the script, Metropolis is the story of an industrial city in a far-flung future. The creation of businessman Joh Fredersen (Alfred Abel), this mechanized wonderland is built in correspondence with the social order. Fredersen and his rich pals live up high, their workers toil in the pits below, and all manner of life floats in between.

Fredersen is a widower, and his son Freder (Gustav Fröhlich) is living the life expected of a privileged heir. He frolics in a literal Garden of Delights, chasing potential wives through the foliage and around an opulent fountain. Things change the day Maria (Brigitte Helm) peeks into this paradise, bringing along a field trip of working-class children to see the world she believes they deserve. Intrigued by this luminescent beauty, Freder travels down into the lower factory in search of her. He ends up trading places with one of the workers (Erwin Biswanger) so he can experience what a common life is like, and once he is believed to be just another employee, his co-workers take him to a secret labor rally--led by none other than Maria herself.

Meanwhile, the scientist Rotwang (Rudolf Klein-Rogge) is working on a mechanical man that will revolutionize the labor force. He shows Fredersen his invention and promises he will make the robot resemble a real person within 24 hours. He has dubbed her Hel, and he is building her in honor of Fredersen's lost wife. There is a history between these three, and Rotwang holds a grudge over the woman's death. So, when Freder demands that the machine maker make his creation look like Maria so she can topple the worker rebellion, he doesn't realize he is giving his rival the means for revenge. 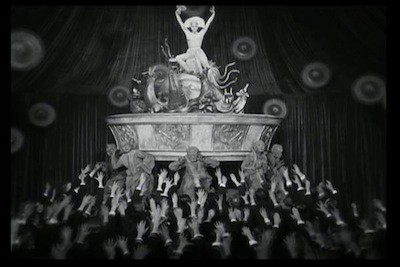 Metropolis is a movie that is many things all at once. It's a political allegory commenting on worker's rights and the dangers of industry. It's a science fiction adventure that, despite its high-tech trappings, uses traditional storytelling tropes--a chosen hero, a damsel in distress, a misguided king--to create a cautionary future. Metropolis is also a religious parable, riddled through with Christian iconography and echoes of Biblical tales. There is a whole segment retelling the story of the Tower of Babel for the machine age, and the above and below of Fredersen's city represents Heaven and Hell, with the humans caught in between. The great machine that powers the whole thing is even given a mystical personification. He is Moloch, and workers shall be sacrificed in his bloody maw!

Amazingly enough, Lang's narrative is still relevant, and his vision is still dazzling to behold. He builds his Metropolis using elaborate sets, models, and matte paintings, creating a city that is massive in size and scope. The actual design of the architecture used contemporary art deco but advanced it to incorporate more industrial elements. At the same time, Lang recreated Biblical images, such as creating a whole stage show for the whore of a Babylon to strut her stuff. We're talking about a movie that has both a pageant featuring Death and the Seven Deadly Sins as well as an android woman brought to life via diodes and Tesla coils four years before James Whale would jolt Boris Karloff into action in Frankenstein. We may be in the 21st century, but we still haven't made our world look this damn cool. 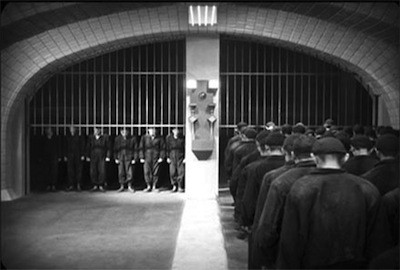 In previous cuts of Metropolis, the story jumped around at random points, and whole subplots were dropped in favor of a shorter running time. For instance, when Freder takes over the work station, the man he replaces takes Freder's clothes and goes off to spend the rich boy's money. None of those scenes were on Kino's 2003 restored DVD, they were only explained in expository title cards. Now we can at last see what Georgy gets up to, alongside other side plots and fill-in scenes that add greater nuance to the overall story. Other versions of Metropolis were like skies full of flying cars racing every which way with nothing to guide the traffic; The Complete Metropolis is like those same fantastical skies, but now the cars have road markers telling them where to go.

If you've never seen a silent film before, don't fear. The Complete Metropolis is as fresh and exciting as any talkie. This isn't some worn-out relic more interesting for its historical importance than it is the actual entertainment. I have a feeling that if they give it a chance, this film will surprise a great many people. It's like a cinematic time capsule that most other movies are still running to catch up to, an imagined future that could still turn out to be our tomorrow. It's the motion picture experience eight decades in the making! If you are lucky enough to have it come to your town, don't hesitate. Get in line right now. 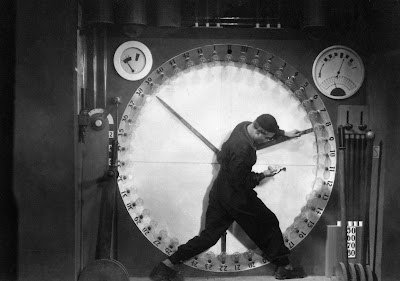