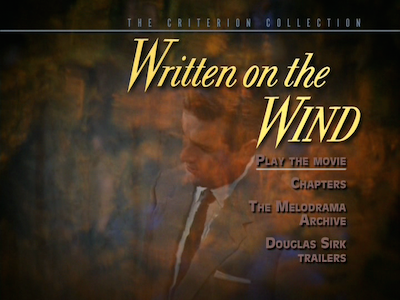 Dorothy Malone died this past week. A repeat performer in Douglas Sirk films of the 1950s, she was probably best known for her Oscar-winning turn in Peyton Place, or for her memorable scene as a bookseller in The Big Sleep [review]. Lauren Bacall, her co-star in Howard Hawks’ Chandler adaptation, was also her castmate in one of those Sirk releases, 1956’s Written on theWind--a textbook case where the supporting role is much juicier than the lead. Malone runs away with the picture. 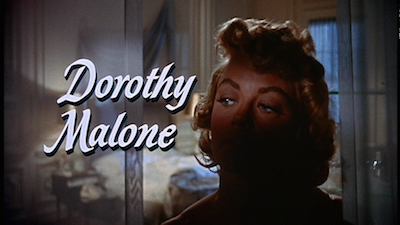 The melodrama, shot from a script by George Zuckerman, centers on a wealthy Texas oil family. The Hadley’s are so rich, the town they live in was named after them. The company is run by patriarch Jasper (Robert Keith), a widower whose two children have not turned out as expected. Spoiled by their wealth, both Kyle (Robert Stack, To Be Or Not To Be [review) and Marylee (Malone) have taken more of an interest in liquor than oil and prefer carousing to work. Their best friend since childhood, Mitch Wayne (Rock Hudson, Magnificent Obsession [review]), provides the only steadiness. He grew up with the Hadleys as a favor between fathers: Mr. Hadley hoped having a poor friend would keep Kyle grounded, and old man Wayne (Harry Shannon) believed it would provide Mitch with opportunities he never had.

The film starts with an engrossing flash-forward before jumping back a year, to when Mitch met Lucy (Bacall), the secretary to the head of the advertising agency that promotes Hadley Oil. Mitch tries to use Lucy as a lure to rein in Kyle, who has flown to New York on a bender--literally piloting his private plane--in search of his favorite steak sandwich. The scheme works, but it backfires at the same time. Lucy does get Kyle to straighten up, but Mitch himself has also fallen in love with her. His own plot causes him to lose the bride to his much more outgoing friend. After a quick trip to Miami, Kyle and Lucy are wed. 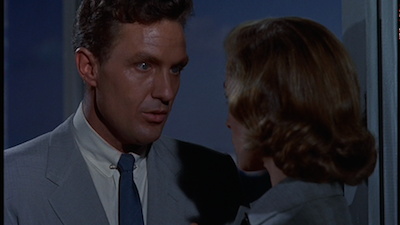 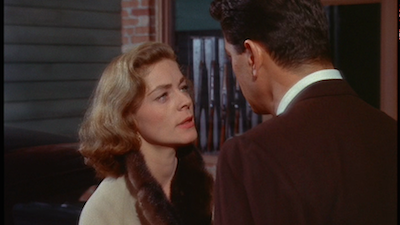 Upon their return to Texas, Mitch must stifle his feelings for Lucy while also fending off the advances of Marylee. The Hadley girl has loved Mitch her whole life, but he sees her as only a sister. Much of Marylee’s acting out is to try to get Mitch to pay attention to her. As we see in a spectacular barroom brawl, Kyle is ineffective in defending the family honor, it requires a bit more muscle. Dorothy Malone gets to show range here, from explicit seduction to pouty outbursts to genuine romantic despair. While Stack is a bit more exaggerated, Kyle’s daddy issues are also a bit underwritten; not so with Marylee’s hang-ups. She makes direct moves for Mitch’s affections, some of which likely pushed the strictures of the production code, but she also lays her feelings bare as necessary. 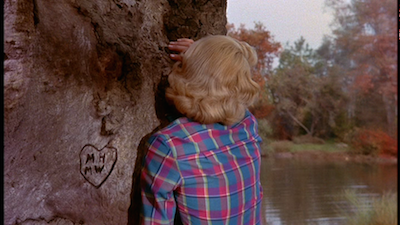 Not that Kyle’s predicament is all that innocent, either. After a year of sobriety, he goes off the wagon when his doctor leads him to believe he is unable to have kids. Here Sirk and Zuckerman’s drama takes on Tennessee Williams-level depths. Kyle has always had his manhood threatened by Mitch, and now he believes it to have a literal/physical manifestation. On the night in question, the one we entered the film on, the whole world adopts Kyle’s anger and anxieties, the Texas wind whipping up to a frenzy. 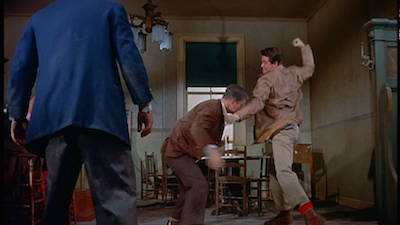 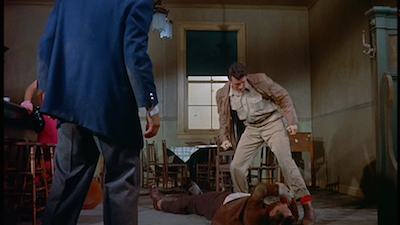 As is Douglas Sirk’s signature, Written on the Wind is colorful and emotional. His exquisite staging and remarkable sense of framing creates room for the actors to perform, but also the space for the drama to explode. You can tell how the relationships are faring by where the actor appears within the shot, like when Hudson is visible in a mirror that separates the newlyweds, Stack and Bacall. The four lovers are in a dangerous tango where two of the dancers are moving faster than the others--as symbolized in their flashy red and yellow sports cars. The script often swerves and kicks up dirt in much the same way the speedsters do. Written on the Wind may be Sirk’s tightest, most efficient narrative, rivaled only by Tarnished Angels, released a year after Written on the Wind, and also starring Hudson, Stack, and Malone, its black-and-white aerial theatrics providing a more knuckle-dusted sibling to its predecessor. 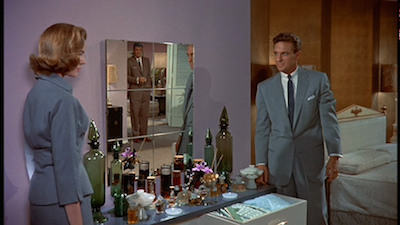 If there is any flaw to Written on the Wind, it’s maybe that it’s a couple of scenes too long. Sirk should have ended where he came in. While the final sequences do offer Marylee redemption--and Malone, naturally, handles the moment well--it cools everything down a bit too much. But so it goes...a classic doesn’t need to be perfect, and Written on the Wind is definitely one. 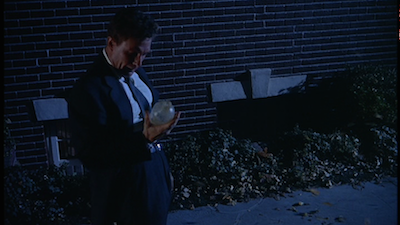