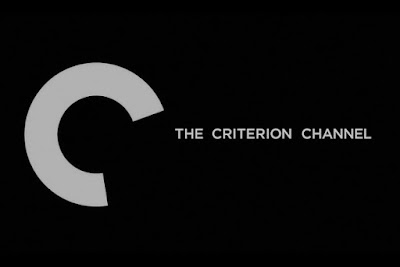 Periodically I will gather together my takes on shorter films I’ve watched, looking at the variety of subjects and styles available; a shorter film also means a smaller budget but generally more creative freedom. Low financial stakes, high creative reward. 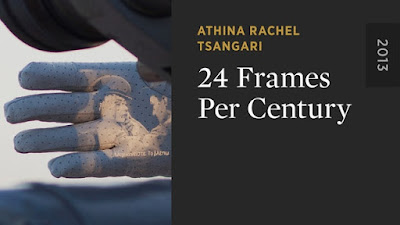 24 Frames Per Century (2013; Italy; 3 minutes): Director Athina Rachel Tsangari builds an intriguing, sorta cute, but slight tribute to the power of cinema, showing the mechanical worries of two film projectors working side by side on a seaside cliff to send images out into the great expanse. Commissioned by the Venice Film Festival, it plays more like an introduction than a stand-alone piece. One wonders what Jean-Luc Godard, whose Contempt [review] Tsangari draws on, would make of this. Would he enjoy the irreverence but dismiss the sentimentality? 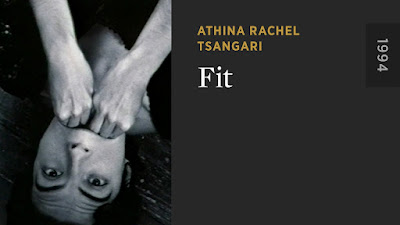 Fit (1994; United States; 8 minutes): Another from Athina Rachel Tsangari, this one playful and clever, a surreal examination of one woman’s obsession with making things fit--onto objects, into her body, wherever they need to go. Leading from a dream where her boyfriend’s mouth doles out marbles by the...well, mouthful, into a day that begins with one of her socks shrinking and no longer covering her foot. It’s neurotic and a bit off-kilter, but enjoyable to see what she’ll pick next and where she’ll stick it. The droll narration only adds to the fun. 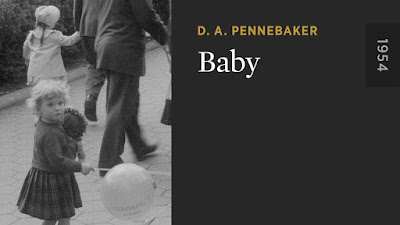 Baby (1954; United States; 5 minutes): An early work from the recently departed D.A. Pennebaker. This one is simple: the documentarian took his young daughter to the zoo and followed her as she explored. The camera takes in the sights, looking at each animal and also riding the carousel with the same childlike wonder as its star. Very charming.

[Also available on the Don’t Look Back Blu-ray [review].] 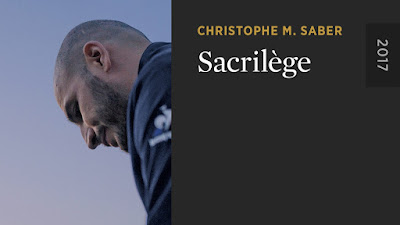 Sacrilege (2017; France/Switzerland; 14 minutes): Saoud (Mehdi Djaadi) is top dog in his French neighborhood. He’s got the freshest kicks, the dopest rhymes, and can walk the talk--that is, until he is unexpectedly accused of robbing the mosque where he and his friends worship. Saoud denies the accusation, but slowly the mob grows and stands against him, the words they once hung on now appearing empty.

Director Christophe M. Saber packs a lot of character and drama into Sacrilege. He establishes who his lead is quickly, and then delineates the roles of the social circle that surrounds him. But what is particularly impressive about Sacrilege is how it defies our perception and our narrative prejudices. We have certain expectations when watching a story like this, and each viewer may also come with their own added preconceived notions based on the people involved (hip-hop, Muslim, French...take your pick). That Sacrilege keeps leading us one way, only to flip our position with the next protestation, not only keeps this short film riveting, but forces us to ponder what we just saw. 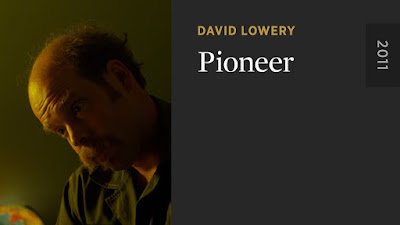 Pioneer (2011; United States; 16 minutes): A simple concept executed well: a widower (singer/songwriter Will Oldham, also seen in Kelly Reichardt’s Old Joy) tells his four-year-old son (Myles Brooks) a long bedtime story about how their bond has spanned history, with separations and returns and the intrusion of the outside world adding twists along the way. That’s it. It’s a story so contained, you almost can’t believe they didn’t try to break out of it.

But writer/director David Lowery (Ain’t Them Bodies Saints [review]) trusts the magic in his script, and possibly even more the charisma of his lead. Oldham is all-in here, spinning a yarn with conviction and panache. He turns life and death, age and experience, on their heads, to create a world of possibility for his young son, and it’s impossible not to buy in yourself. 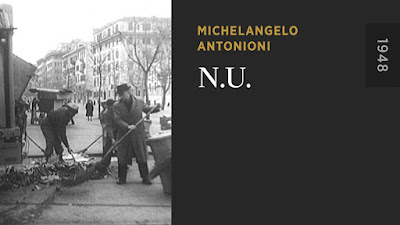 N.U. (1948; Italy; 12 minutes)/Sunday in Peking (1956; France; 22 minutes): An early documentary from Michelangelo Antonioni (L’avventura [review], N.U. spends a day following street cleaners around Rome. (The title is the abbreviation of the Italian name for the sanitation service.) There is no real narrative, we hop from worker to worker, with the black-and-white photography giving us a wonderful glimpse of the city as it was then--including how dirty. You’ll marvel at the inconsiderate actions of many citizens, and what a thankless task trying to clean up after them can be. Yet, there is something noble in the workers diligently carrying on. 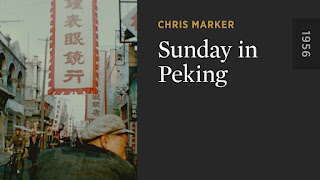 Far from Rome, we have Peking, here shown in full color by Chris Marker (La jetee [review]. Sunday in Peking is almost like a educational travelogue, showing us street scenes from around the city. What is key to Sunday in Peking beyond the photographic document, though, is Marker’s narration. The project began with the filmmaker as a fanciful child looking at a picture in a book, a site the film crew immediately visits. This is very much filtered though Eastern eyes, albeit one of a foreigner with political sympathies in Mao’s regime (the leader even makes an appearance). It comes off now as both respectful and naïve, as it shows many lovely aspects of culture but questions nothing about what lies beyond the tourism. 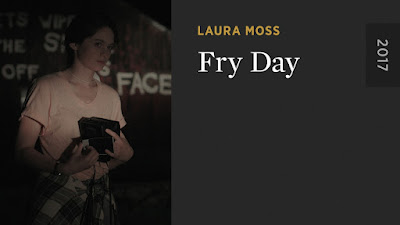 Fry Day (2017; United States; 16 minutes): A portrait of a modern-day Little Red Riding Hood surrounded by any number of Big Bad Wolves. Lauren (Jordyn DiNatale, Lez Bomb) is an enterprising teenager with a grand idea: on the eve of Ted Bundy’s execution, she takes her Polaroid camera to the place outside the prison where onlookers have gathered and sells photos for $2 a pop. There she runs into Keith (Jimi Stanton, The Punisher), a cute boy from her school. He convinces her to go with him and his friends to get some food, and things start to take a bad turn from there.

The genius of Laura Moss’ short film is how easily it slides the audience into this predicament. It takes a while for us to suspect Keith means harm, we go along just as casually as Lauren--who wears a paper Bundy mask around her neck, lest any of us forget just what some men are capable of. When we start to realize that more is going on here than it seems, it’s too late, we’re trapped in it, and we can only hope it won’t go as bad as it could. Moss and co-writer Brendan J. O’Brien understand these boys and their pack mentality, including having one of the young men seem more smart and thoughtful. He’s the one who would say he was just along for the ride. And Keith’s final act is perhaps the worst manipulation of all. One kind gesture is all he needs to keep a wedge in the door should he ever get back in.

By that point, Fry Day has made us sick to our stomach, exposing how easy victimization of this kind can be, and even how complicit we are in our own dreamy narrative expectations. This makes the last shot all the more devastating. There’s part of us that still wants to trust, when it’s no stretch to think Lauren has no trust left. 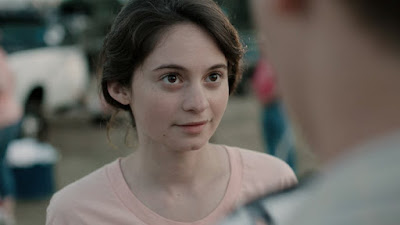 The team was responsive to questions and communicated seamlessly.
design and branding agencies

The team stuck to their detailed plans throughout the project, managing the workflow effectively.The team’s responsiveness, flexible workflow, and can-do attitude continue to cultivate trust.
best companies for UX designers