The Criterion Channel is back, and so is my review column focusing on short films presented on the channel. Periodically I will gather together my takes on the shorter films I’ve watched. One of the fun things is looking at the variety of subjects and styles available, since a shorter film also means a smaller budget but generally more creative freedom. Low financial stakes, high creative reward. 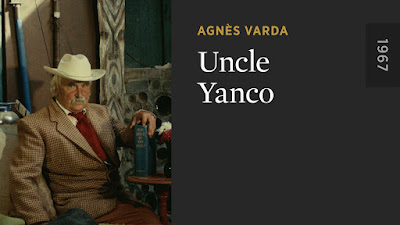 Uncle Yanco (1967; USA/France; 18 minutes): The late Agnès Varda helmed this playful, rule-breaking documentary to chronicle meeting a distant uncle who, prior to this, had just been a legend in the Varda family. Yanco was a Greek immigrant who left the clan after a move to France, traveling to the United States and taking up residency in the years before World War II. Varda finds the painter--who previously had been mythologized by Henry Miller--living in an innovative aquatic community near San Francisco.

Blending fact and fiction, and exposing the cinematic process while doing so, Varda lets the natural raconteur share his experiences, indulging his idiosyncrasies, and giving him multiple takes to play around with the “happening.” It’s a charming time capsule, perfectly reflective of the time period, but also a great example of Varda’s propensity for improvisation. 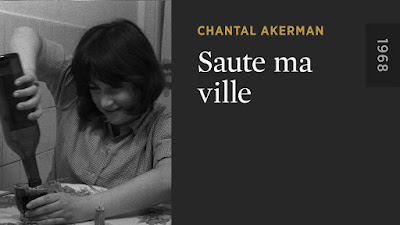 Saute ma ville (Blow Up My Town) (1968; Belgium;13 minutes): Avant-garde filmmaker Chantal Akerman’s debut, the initial spark of experimentation: a brief story about one woman, played by Akerman herself, living out her last night on Earth. She indulges herself, resorts to mundane tasks, and carries on a private internal conversation while slowly sealing herself in her apartment to isolate herself from the outside world, whatever it may hold. Akerman creates a disconcerting tone, seemingly at play within the visuals, but with an (intentionally?) fake sounding audio track distracting from the reality of the action. I am not sure Saute ma ville ultimately adds up to much, but is worthwhile for seeing a developing artist grappling with her craft. 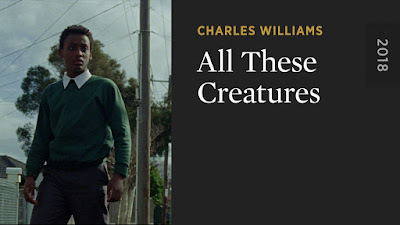 All These Creatures (2018; Australia; 13 minutes): Charles Williams tackles topics as broad genetics and hereditary madness, parental disappointment, and one young man’s existential crisis over his place in this world that is both potent and fragile, and he does so in a self-contained, personal manner.

A teenager meditates on a time his backyard was overtaken by cicadas, a portent for his father’s imminent disappearance. In the boy’s head, he ties the two things together, theorizing that the insects were summoned by his father’s foolish attempts to dig a swimming pool in their backyard, a pointless scheme he was ill-equipped to execute. It is a metaphor for the father’s suicidal tendencies, digging a hole toward something he can’t find. All These Creatures accurately captures that childhood feeling that all things are connected, and where our parents go, so shall we go. As someone who has had to contend with mental illness in his own family, it’s something I can relate with all too well. How do we break the patterns? Are we meant to? Or is there a fundamental flaw in human design that means we don’t belong on this planet at all?

Williams picks his moments carefully, showing the father’s most dangerous and troubling actions in quick glimpses, a brief snatch at lucidity, answering no questions but offering a kind of closure nonetheless. All These Creatures is dreamy and heartbreaking, a prose poem captured on film. The images are compelling, even as they strain against the narrator’s grounded explanations, hinting at an unknowable psychology, the secrets that power us all. 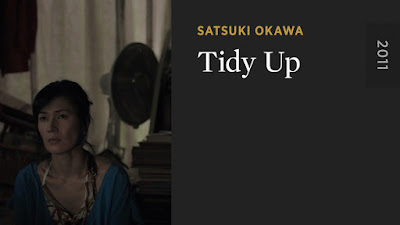 Tidy Up (2011; Japan; 15 minutes): When his mother dies, Akira (Kan Takashima) decides that it’s time to clean out his childhood home. Only, when he arrives, he discovers his sister Moe (Misa Shimizu) is already there, and she’s insisting they keep the place as it is, piled high with trash and the detritus of the many years the family lived there.

A quiet battle plays out over an afternoon, with each sibling pushing his or her agenda. Akira has come with movers, so his argument is more forceful, but in the end, it’s the home movies that Moe discovers that brings the pair together. The power of cinema as memory evoked!

When it comes down to it, writer/director Satsuki Okawa takes no sides, even if it’s clear which one the audience will likely take--Akira evokes public opinion and social mores to suggest hoarding is crazy. What Tidy Up comes down to, though, is how each sibling processes grief and how they choose to remember what they’ve lost, and how the distance between seems shorter when they take the time to consider the woman to whom they are both there to say farewell. 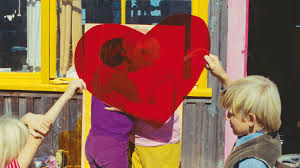