I’ve covered a couple of them in the past--namely Kitty and Dawn, films directed by the actresses Chloë Sevigny and Rose McGowan--and going forward will check in from time to time to sample their library. Short cinema--just like short stories--is a unique art form unto itself, employing different conventions, and bringing with it different expectations, but these pieces are no less worthy of consideration than full-length films. 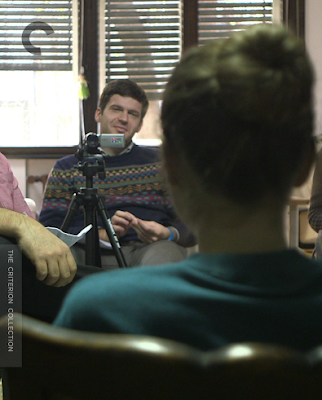 What follows is a back-and-forth about the meaning of exploitation and abuse, and whether or not money and intent equals art. Some of the directors’ rhetoric strays toward the uncomfortable, and one can only question who has the girl’s true interest at heart, if anyone, and whether or not she is even capable of deciding for herself. Sitaru is self-reflexive without being cute about it, and without crossing his own line into exploiting the girl by making the actual actress do any of what is being debated for real. What makes it interesting is the denouement, following the departure of the women, when the filmmakers turn on each other, and we begin to question what even their own personal motivations are.

Unfortunately, Sitaru doesn’t end Art where he should, tagging on an ambiguous, esoteric finale that is either some kind of justification for his own ambitions or a bad joke about the pretentions of his colleagues. Or perhaps he just watched the most recent Twin Peaks. It’s a trick that distracts from the larger point rather than enhancing its meaning. 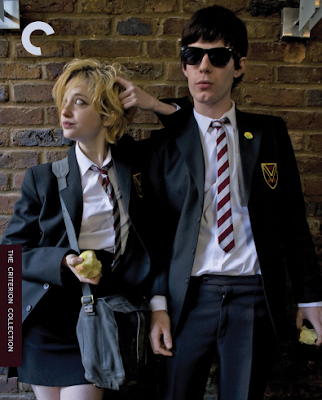 Love You More (2008; England; 15 minutes): A slice of teenage life, with a boy and a girl coming together to listen to the only copy of the Buzzcocks’ single “Love You More” for sale in the local shop. Starring Harry Treadaway (Penny Dreadful) and Andrea Riseborough (Birdman [review]), Love You More does much with very little. This is all about the quick coupling that develops from a shared interest, when love comes at 45rpm and sex lasts the 1 minute and 51 seconds between the first groove to the last. Director Sam Taylor-Johnson would eventually abandon the restraint employed here to direct Fifty Shades of Grey, but that’s the way of punk rock isn’t it? The naïve rush eventually gives way to the cynical cash grab, and the first time is impossible to recapture.

Also worth noting: Love You More was written by Patrick Marber, who wrote Closer and Notes on a Scandal. 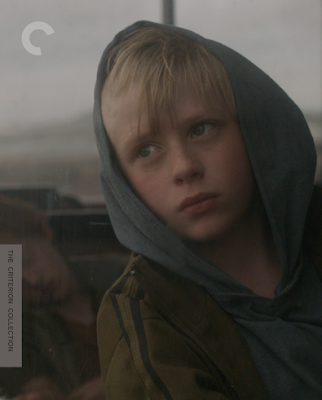 Ártún (2014; Iceland; 20 minutes): Like Love You More, this Icelandic coming-of-age story is set to a punk rock soundtrack. Guðmundur Arnar Guðmundsson’s mini movie follows three boys from their small town to the city to meet up with some girls and bribe them with cigarettes for kisses. Young Arnar (Flóki Haraldsson) is eager to grow up and be with a girl, but he’s still a little bit behind his friends. Thus, for him, this venture is all bravado, which soon turns to anxiousness as things look to potentially go better than expected.

Guðmundsson (Heartstone) quickly establishes his world, capturing the isolation of the rural community with a few well-chosen details. The boys don’t come from much, and they suffer abuse. Thus it quickly becomes obvious that Arnar’s sexual longing is really born of a need for general affection, a fact that Guðmundsson manages to convey with a disarming tenderness, even as he undercuts it with basic human cruelty. 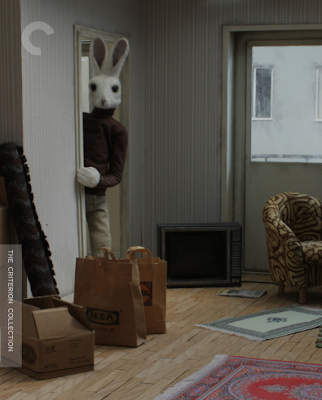 Tord and Tord (2010; Sweden; 11 minutes): A fox returns home to find a mirror image of his apartment where a rabbit who shares the same name (hence, Tord and Tord has taken up residence. Created via stop-motion animation evocative of Wes Anderson, this little film is an askew fairy tale from Niki Lindroth von Bahr. It doesn’t add up to much, but the look of it is charming and the length just right for those looking for a quick amusement. 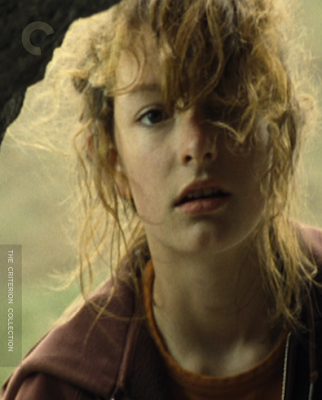 Five Miles Out (2009; England; 18 minutes): Director Andrew Haigh (45 Years [review]) creates a mysterious puzzler. Sent on a trip with relatives to escape troubles at home, Cass (Dakota Blue Richards, The Golden Compass) meets a prickly young boy (Thomas Malone) on his way to a secret cave accessible only by swimming through an underground tunnel. Fearful for the boy’s life, she initially dissuades him from going, and then sits guard the next day when he finally does.

The tension during that wait is excruciating, especially if you can imagine the darkness that must await the youngster once he is below the surface. Haigh is all about holding back here, letting Richards only hint at her emotions. Just like we don’t know what is down in the hole, we can sometimes only guess what the girl must be experiencing.

Also available on the Weekend Blu-ray [review]. Likewise for Haigh’s 2005 six-minute short Cahuenga Blvd, a sketch in verité that doesn’t have nearly the emotion or intrigue of the auteur’s later work.