Short cinema--just like short stories--is a unique art form unto itself, employing different conventions, and bringing with it different expectations, but these pieces are no less worthy of consideration than full-length films. From time to time, I will take a look at a selection of what’s on offer. You can read the previous columns here: 1, 2, 3, 4. 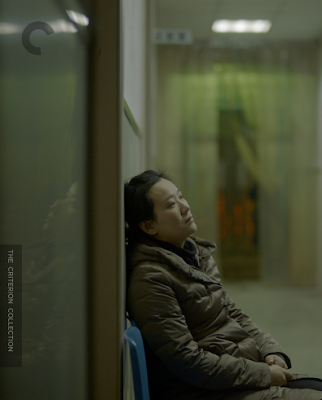 A Gentle Night (2017; China; 15 minutes): When a thirteen-old-girl doesn’t return home, everyone but her mother is content to “wait and see.” As her husband sleeps, the woman (Shuxian Li) spends the late hours going to places the child might go, hoping against hope that she’ll be out there and not a victim of the dark.

Yang Qiu’s Cannes-honored short is a drama with a quiet restlessness. The feelings of dread, anxiety, and guilt that overwhelm the mother come through the screen to those of us watching. Details are scarce, but those that do emerge are important. Through dialogue, we learn that the father is overbearing, but the mother is also a disciplinarian. Yet, we also know from her public encounters, perhaps the mother is the only one in the whole world who has a real relationship with the missing girl. The daughter herself is the only one we never learn about. Which just adds to the guilt.

A Gentle Night lacks a definitive resolution, but that doesn’t mean there isn’t one. Yang Qiu is peddling a feeling here, and our acceptance of it determines how we view the movie. Think about it when you’re done. You’ll have an opinion about what happened to the girl, even if you didn’t realize it. Somehow, in just a short time, A Gentle Night moves you toward your own resolution. 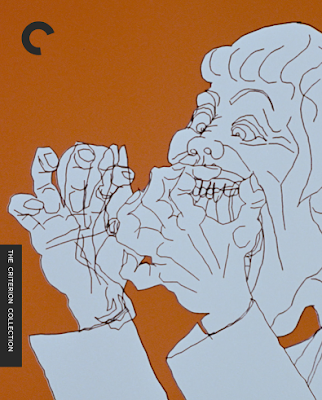 Hunger (1974; Canada; 12 minutes): Once a gluttonous man starts eating, he can’t stop, in this animated short from Peter Foldes. Set entirely to music, no dialogue, we watch as the skinny office worker grows into an obese shut-in, blowing through relationships and all trappings of regular life, until there’s no way to avoid his ironic end. Foldes works with an open line style, allowing for the characters to morph naturally, particularly his lead, who goes from stick figure to complete oval in the end. Nothing too surprising or enticing, but well paced and visually intriguing enough to sustain its running time.

Also notable as Hunger was apparently an early trailblazer in computer animation. 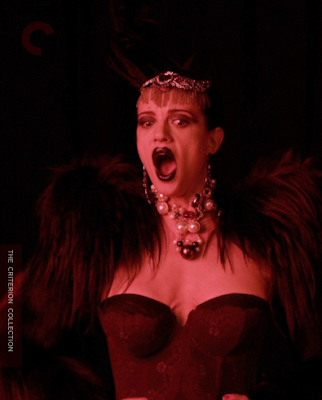 The Voice Thief (2013; Chile/France/USA; 22 minutes): A silly narrative poorly performed, this surreal drama by Adan Jodorowsky, working from a story written by his father Alejandro Jodorowsky, stars controversial actress Asia Argento (Marie Antoinette [review]) as an opera singer who loses her voice when her husband (Cristobal Jodorowsky) chokes her. Distraught by his actions, he searches for a replacement, using mystical means to extract the singing voices from three different people he victimizes. With each new voice, the singer takes on the persona of the victim.

Though lush in design and beautifully shot, The Voice Thief is a pretentious dud. Undercut by retro 1970s horror music and overloaded with indulgent symbolism, this is essentially a student film elevated via nepotism. 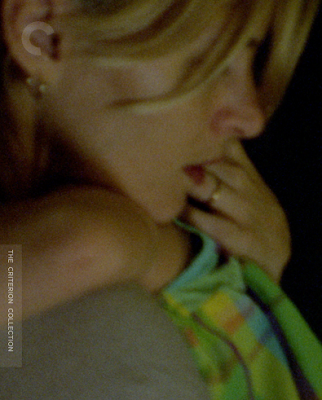 When We Lived in Miami (2013; USA; 13 minutes): Amy Seimetz (Upstream Color) pulls double-duty as director and performer, portraying a woman facing potentially becoming a single mother while also worrying about the danger of an incoming hurricane. The narrative is strung together with small moments. The camera moves around the participants and the landscape, never quite settling, always searching, and along with the short scene cuts, it makes for an aesthetic that’s pleasantly reminiscent of Terence Malick, trying to draw the family back together even as the editing continues to separate them. Seimetz is incredibly focused here, the grief and the uncertainty permeating every frame. 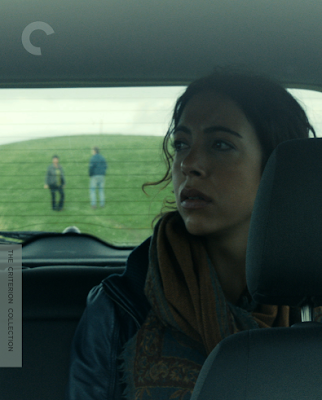 Premature (2013; Norway; 16 minutes): Director Gunhild Enger creates a shifting, uncomfortable 15-minute car ride full of nervous pleasantries and bizarre social bumbles. A young Norwegian man is bringing home his pregnant Spanish girlfriend to meet the parents for the first time. She doesn’t speak Norwegian, the parents don’t speak Spanish, but they all speak English to some degree. Communication is halting, with different participants slipping into their native tongues for private asides, but since there are no subtitles, ingeniously, the audience is only privy to what they themselves can understand.

Many might recognize their own family here: the mother who means well but can’t stop from putting her foot in her mouth, the frustrated child, the peacekeeping father. Ultimately, though, you feel the most sorry for the girl, who clearly doesn’t know what she has gotten herself into. Premature takes a simple premise and a limiting technique and yet squeezes a whole hell of a lot out of both.