With Filmstruck shutting down, I thought I’d squeeze in one last shorts column. If there is a way to resurrect it at a later date, naturally, I will, but without the Criterion Channel, the label doesn’t really have any other venue to showcase random short films--I guess unless I just watch ones that are bonus features on their discs, reviewing them separately from the main feature. I’m sad to see Filmstruck go. It was fun while it lasted. While I imagine that the Criterion Channel will get resurrected again, hopefully with the same level of curation, I doubt we will get another one-two punch of also having the added bonus of the Turner Classics library. 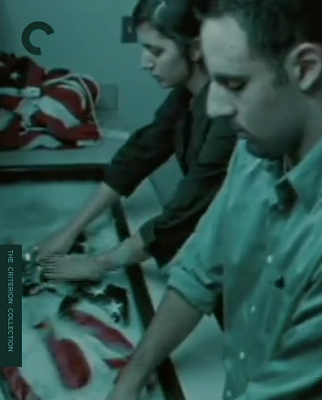 My Josephine (2003; USA; 7 minutes): Moonlight-director Barry Jenkins creates a collage-like narrative about two Arab immigrants running a laundromat. The man is in love with the woman, whom he compares to Napoleon’s first wife, and he ponders the nature of devotion, longing, and assimilation. It all works on a symbolic level, expressing their joint--and disjointed--experience through suggestion and metaphor, and yet is also effective as simple drama. 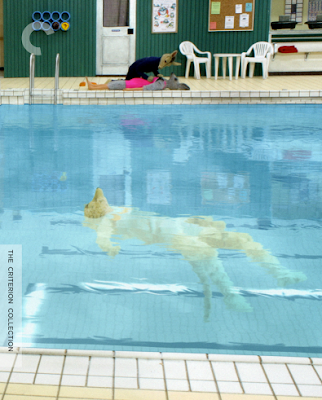 Bath House (2014; Sweden 15 minutes): I’ve reviewed a couple of films by Niki Lindroth von Bahr in previous installments, but this is by far the one with the most coherent plot. Featuring the director’s usual stop-motion style, it portrays a public pool where several animal characters intersect: the horse who is working at the bath house, a gay feline couple who go their to swim, and a trio of bunnies looking to rob the place. Things go wrong for each outing, leaving all six critters stranded on the street, unable to swim, as the pool itself starts to disintegrate. Incident By A Bank (2010; Sweden; 13 minutes): This short by Ruben Olstund, the director of Force Majeure and The Square, is an impressive piece of film choreography. Shot in one continuous take, it captures two inept bank robbers trying to pull a heist, but from the vantage of a non-participatory observer. Remaining outside the bank, the camera probes the street, looking for action and reaction, as bystanders comment on the events, jump into the fray, or even move through the scene oblivious to what is really going on. It’s all rather fascinating both in execution and in drama, putting us in the position to judge the voyeurs who do nothing--while literally doing nothing ourselves. 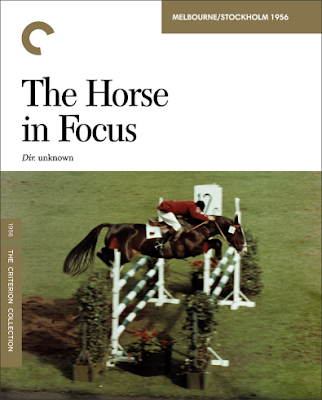 The Horse in Focus (1956; Sweden; 17 minutes): Staying in Sweden to dip into the Criterion 100 Years of Olympic Films collection, this colorful documentary is both quaint and erudite, kind of exactly the sort of thing you imagined a couple of years back when Mitt Romney was made fun of for participating in “dressage.”

The star here is the commentator rather than the performers, with his clear bias for his home country and flashes of dry wit, tossing zingers at riders when they make errors. There is little suspense in the proceedings, particularly as much is left on the cutting room floor and often the commentary jumps ahead to tell us what happens next. But what makes The Horse in Focus interesting is how it approaches the athletes, with neither the horse nor the rider really given any prime attention. Rather, they are a unit, rising and falling, quite literally, together. 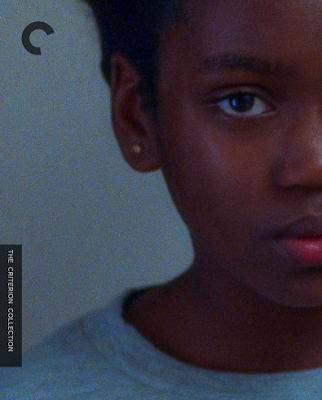 An Act of Love (2018; Australia; 11 minutes): Writer/director Lucy Knox packs a lot into a very short time. A pair of identical twin black girls has their afternoon out at the mall swerve from light-hearted fun to a deep interpersonal drama, testing their sibling bond. When a capricious older boy decides to separate them by turning his flirtatious attention on one sister, leaving the other behind, it stirs up a variety of conflicting emotions in both girls, ultimately requiring a drastic measure of solidarity to repair the damage. In all of this lingers questions of identity and an outcry against the extensive damage of casual racism and misogyny. Knox’s narrative is minimal, but her meaning complex. 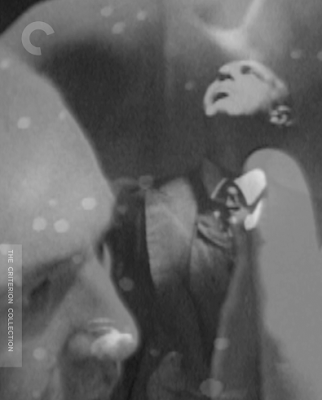 Night Mayor (2009; Canada; 14 minutes): The auteur Guy Maddin is up to his usual visual tricks in this black-and-white film evoking 1930s sci-fi and horror. A Croatian immigrant sets out to convert the aurora borealis into music, but his efforts succeed far beyond his imagination, going beyond simple melody and instead broadcasting evocative images across Canada’s phone lines. Though he believes he has tapped into something that shows his fellow Canadians glimpses of themselves and their own national character, there is an underlying menace to his invention, particularly in how he exploits his family.

Night Mayor is an evocative mood piece, with Jason Staczek’s avant-garde music doing a lot of heavy lifting to make the titular pun a cinematic reality. (Say it out loud a couple of times, you’ll get it.) 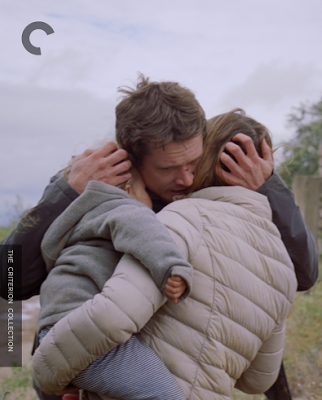 Home (2016; England; 20 minutes): Is there more going on here than I am seeing? From what I can surmise, Daniel Mulloy is executing a simple reversal technique, showing us the struggle of European refugees by making the focus a middle-class British family trying to get through a war zone. Or is it that they are getting into one, rather than escaping to safety? No matter, the approach is so straightforward, Home is wholly ineffective. It only succeeds in shining a light on the actuality of white privilege: if you need to recognize the skin and accent as similar to your own in order to empathize with such tragic situations, then you’re as shallow as this film. 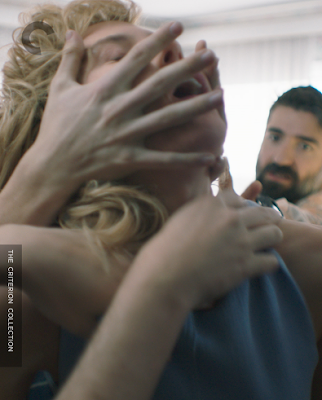 Swallowed (2016; USA; 17 minutes): Lily Baldwin pulls triple duty here as writer, director, and star, creating for herself a trippy yet ultimately baffling horror film. Centering on a young mother who begins to have bizarre hallucinations while breastfeeding her child, this short quickly descends into a lot of surreal nonsense, a couple of special effects away from being body horror, but never quite settling into any clear realm of meaning. My guess was that this had something to do with food anxieties, particularly that of women, who are expected to not just give of their bodies, but in more traditional (read: outdated) scenarios, to also cook for everyone. In that, Swallowed finds little victory. Baldwin’s perception of reactions others have to her food--dancing, writhing, convulsing--look like parodies of cliché acting exercises. “Pick an animal and pretend to be that animal vomiting.” Swallowed is like someone saw the last reels of Darren Aronofsky’s mother! and failed to realize he spent a good 45 minutes setting everything up.

Reading the official description of the film, though, it appears that Swallowed is not about any of that, but more about the feelings its main character tamps down, Marge Simpson-style, in order to maintain a brave face. More telling than even that, however, is the fact that the screenplay was based on someone’s dream, proving once again that dreams are boring when they aren’t (a) either contrived to fit into some narrative and thus don’t reflect real dreams at all (see 99% of all movies with dream sequences) or (b) lacking the personal interest that allows one to either be fascinated by what they don’t understand or somehow decode it. Thinking about it, though, the only thing that might be worse than watching Swallowed would be listening to the dreamer/director try to explain it. Whatever the code, continue to keep it to yourself.