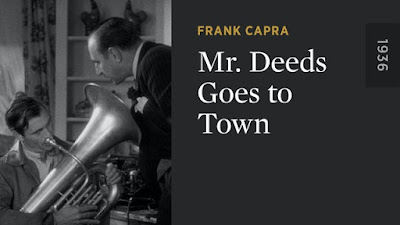 Watch this and then remember that Adam Sandler remade it, and see if you don't suddenly favor capital punishment. The hubris!

In the original Mr. Deeds Goes to Town from 1936, and directed by Frank Capra, Gary Cooper is Mr. Deeds, a regular Joe from small-town America who has suddenly inherited an obscenely large fortune. A poet who writes homilies for postcards, he has never travelled outside the borders of his hometown in Vermont, and so when he's ferried to New York City to take care of business, Deeds is pretty far out of his element. His bodyguard Cobb (Lionel Stander, later famous as Max on "Hart to Hart") tries to steer him straight, and Deeds quickly sees his lawyers aren't as magnanimous as they pretend; yet, it's not going to be long before Deeds finds himself in trouble. He's got more good sense than the whole of the city, but he grows weary of their snarky assessment of this situation. Things also heat up considerably when his nightly exploits start showing up in the paper and he is given the cruel nickname "Cinderella Man." Little does he know that Mary, the woman he is falling in love with, is really Babe Bennett, the reporter who is sticking it to him. Played by Jean Arthur, who would become a Capra regular, Babe/Mary is the counterweight to Deeds' conscience. As his moral fortitude drops, hers goes up, inspired by the example he sets. Eventually, Deeds can't stand two-faced city life any longer, and he decides to give all of his money away. He establishes a program to buy farms for out-of-work farmers and before he knows it, potential candidates are lined up around the block; at the same time, his lawyers have gotten him arrested as possibly insane. He must be crazy to give up that much money, right? Broken up over Mary's betrayal, Deeds refuses to defend himself, and the bad guys almost win. It's only when Mary and all of the farmers whom he has tried to pull out of the ditch stand up for him does he find a reason to believe again and stand up for himself. 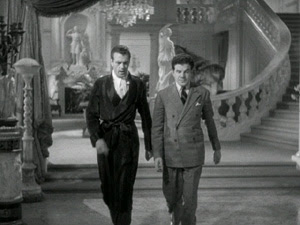 Once again, the handling of the material is amazingly smart, and Capra really makes the movie work by his expert casting. Gary Cooper has a gentle presence that plays well against his considerable size. His Mr. Deeds not only physically towers over his persecutors, but he mentally towers over them, as well. The forces of greed are no match for the basic belief in what is right for everyone. 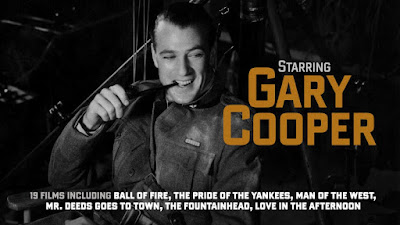