EDGE OF THE CITY - CRITERION CHANNEL 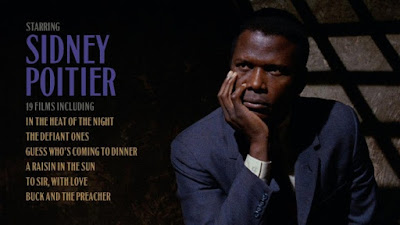 The cultural impact that Sidney Poitier had on cinema and society at large is indisputable. A dignified actor with a deep sense of social consciousness, he broke through racial barriers by choosing to play roles that shed the spotlight on intelligent black men--not perfect men, but men who lead their lives just like anyone else, with all the flaws that implies. Regardless of the role, Poitier refused to let any performance descend into racial clichés, and the example he created helped reshape the public perception of African Americans. It sounds frightfully simplistic, but such is the power of the moving image to shape the public perception. Roles in films like The Blackboard Jungle and The Defiant Ones forged Poitier's early reputation in the 1950s, and highly regarded turns in films like In the Heat of the Night [review], To Sir, With Love, and Guess Who's Coming To Dinner cemented his position as a cinematic icon in the 1960s. He would eventually direct, as well, and throughout his career, he would also accept the role of social activist. Still active to this day, he has been the Bahamian ambassador to Japan from 1997 to 2007, and he published the book Life Beyond Measure - Letters to my Great-Granddaughter in 2008.

The common theme of many of his films throughout his career remained the same: challenging the odds by trying to live life as it is meant to be. As his character says in 1957's Edge of the City, there are men and there are lower forms, and you can't let the lower forms push you into being anything less than the man that you are. (And given the respect Edge also pays to its female characters, one can assume he means "men" as in "humanity.") 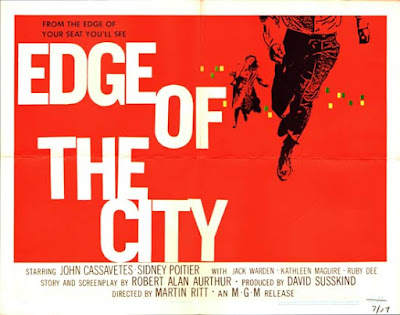 Edge of the City was the directorial debut of Martin Ritt, a politically motivated artist with a passion and fury to match Poitier's. (Ritt is probably best known for Hud, The Spy Who Came in from the Cold [review], and Norma Rae.) It also features John Cassavetes in the co-starring role, adding to the film's legacy as an early spotlight for maverick film artists. (Cassavetes is the prototype for the cantankerous independent American director.) The film opens with Cassavetes' character, Axel North (née Nordmann), rolling in to New York City with only a little money and a dubious recommendation in his pocket. The name he drops at the rail yard is of a man in San Francisco, but it's enough to get him a job under the crooked foreman Charlie Malick (Jack Warden). Knowing that Axel is on the lam, Malick puts the screws to him. He also doesn't like it when Axel befriends Tommy "T.T." Tyler (Poitier), the only black foreman on the yard. As the two become close, Charlie gets more upset and eventually pushes for Axel's secrets to come out.

The core of the movie, which was written by Robert Alan Aurthur (All that Jazz [review]), is less about the past Axel is running from and more about how he learns to cope in the present. Tommy serves as a role model for the younger man. He's married and has a family, and his wife is an educated woman (Ruby Dee) who introduces Axel to an equally educated and socially active love interest (Kathleen Maguire). As Axel begins to trust Charlie, he is also given more strength to stand up for himself, to accept other people as they are, and accept whatever he may have done prior to NYC as something he can change. As far as male bonding goes, it's pretty healthy stuff. Cassavetes' twitchy method acting plays well against Poitier's upright performance, and Jack Warden rounds it out with smarmy menace. The climax where the two men must finally deal with this cranky thorn in their sides is maybe a little too On the Waterfront, but the gritty honesty of the writing up until that point allows Ritt to get away with it. A lot of the movie was shot on location, and so it has an on-the-street authenticity that prefigures French verite while also showing the influence of Jules Dassin's The Naked City [review]. 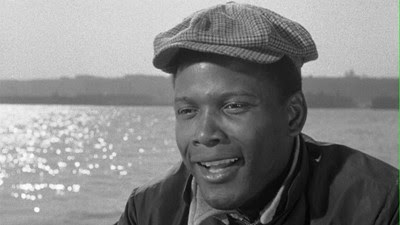