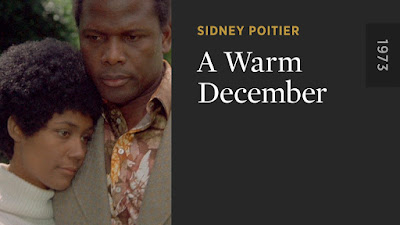 Sidney Poitier pulls double-duty for the 1973 clunker A Warm December, and I'm sorry to say it does nothing for his reputation as an actor or as a director.

When Dr. Matt Younger (Poitier) takes his daughter to London, he only hopes to get in a little dirt bike racing (yes, he races dirt bikes, and no, he's not twelve), but instead he becomes embroiled in what looks like a plot of international intrigue when the alluring Catherine (Esther Anderson) uses him as cover when men following her get too close. Catherine is an African dignitary, but her predicament is not a political one, it's medical. The espionage stuff is a feint, and after the pair have fallen in love, the script takes a different turn. Writer Lawrence Younger (A Kiss Before Dying) has crafted all of this hullabaloo about a pursuit so that we won't realize Catherine has a terminal illness until Matt has lost his heart to her completely. The back half of the film is a schmaltzy cram-in-as-much-romance-before-time-runs-out snoozer. Adding to the melodramatic wrinkles is Matt's status as a doctor (also a secret during the first act), so that he can agonize even more over the woman he can't cure.

Poitier's direction is completely lacking in style, and for an actor, it's surprising how little eye he seems to have for his cast's performances. Anderson is a nondescript love interest, almost completely lacking in the required mystery or charisma. This looks more like a TV movie than a big-screen effort. 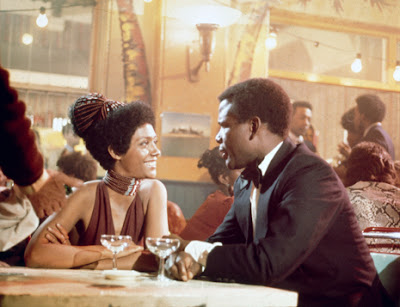