“Do you suppose Stanley Kubrick ever gets depressed?” 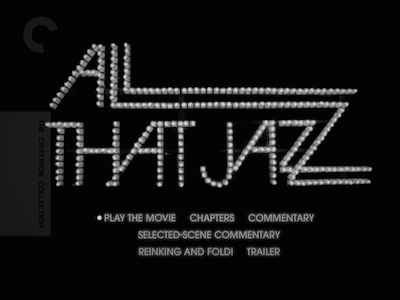 As a child of the 1980s--or more accurately, an adolescent of the 1980s, which is when pop culture really opened up for me--the 1970s was always this strange brown smear lingering somewhere over my shoulder. To this day, I am not particularly drawn to most of  the music or the fashion, or even the comic books really, so if it weren't for David Bowie, punk, and the mavericks of American filmmaking, I'd pretty much skip over the decade completely.

So I am somewhat in awe of Bob Fosse's All That Jazz, released in 1979, and encompassing everything that was weird and wild about 1970s indulgence and theatricality. The elevator pitch for All That Jazz was something like The Death of Bob Fosse: The Musical, but it could just as easily have been The Death of the 1970s. This is where all the excess and the partying and the ugliness caught up with a generation. 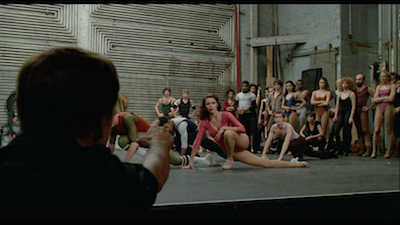 Roy Scheider stars in All That Jazz as Joe Gideon, a stand-in for the writer/director/choreographer. Fosse has put together a thinly veiled fiction of his own life, of a period when he was burning the candle at every end he could conceive of, editing his film Lenny

and preparing Chicago for the stage. The lack of sleep and the sex and the drugs eventually became too much, leading to a heart attack. All That Jazz is Bob Fosse staring down his own mortality, crafting his own memorial, and staging the damned thing as one last anything-goes hurrah. 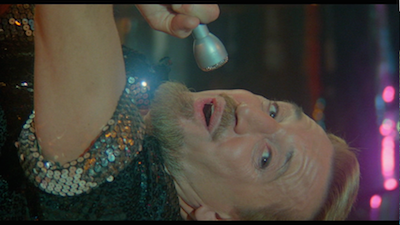 And so it is in the film that we see Gideon's life as a frenzied parade of days, spurred on by amphetamines and cigarettes, jumping from the editing suite to the rehearsal room, balancing his ex-wife and main star, his daughter, his mistress, and whatever lady maybe struck his fancy that day. Like a dancer rehearsing, the repetition of these bad habits is basically Gideon practicing the methods of his own downfall. We watch the morning routine again and again--shower, pills, eye drops--the montage growing tighter as Gideon's body deteriorates, the eternal perfectionist honing the choreography until it’s time to do it for real. 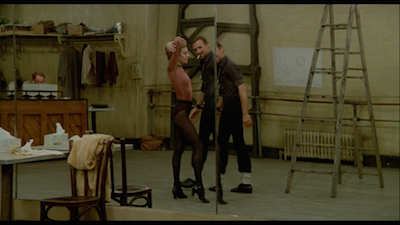 So for its first half or so, All That Jazz is an episodic narrative of a driven man. We see Joe the Dictator, and Joe the Scourge, but also Joe the Father and Joe the Artist. Fosse's ego allows for a true warts-and-all portrayal. He is no more interested in painting himself as merely a fiery demon than he is in shying away from his own faults. Gideon can be just as genuinely sensitive as he is selfish. He’s also confused, as evinced by his ongoing internal dialogue with the heavenly Angelique (Jessica Lange), a manifestation of whatever conscience or moral compass or self-doubt he may have. 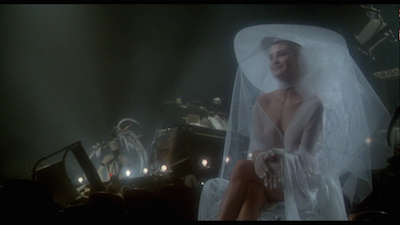 It's fairly straightforward in terms of story, though punctuated with one big song-and-dance number, a few more minor toe tappers, and regular callbacks to the faux Lenny Bruce monologue. Fosse can also be playful, unspooling a comedic montage here and there, including one in the hospital after Gideon's heart attack. It's this health scare that sets up the second-half of the movie, which essentially evolves into one massive hallucination, the drugged-up, knocked-out Joe putting on a musical that combs though his past faults and sins before taking center stage himself for a farewell rock extravaganza, complete with dancers dressed as the circulatory system, KISS-wannabes, and Ben Vereen. It's a coked-out take on the Everly Brothers, every bit as tacky as changing "Bye Bye Love" to "Bye Bye Life" sounds. 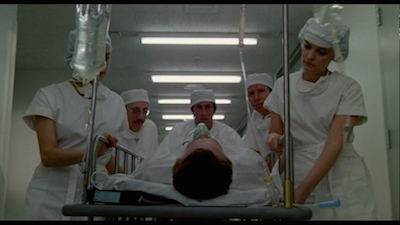 It's also pretty great. It's an audacious finish to a film that is audacious through and through. All That Jazz is a passionate, energetic, unvarnished portrayal of the creative process. It is one protracted impulse, a true cinematic bucket list by a filmmaker who had pushed his life to the edge and then dragged all of his baggage back and dumped it out for everyone to see. The other big dance number, "Airotica," is both a challenge and a statement of intent, pushing the envelope of what is allowed and then having Joe Gideon stand there and point at it and say, "See this? You can't do this!" 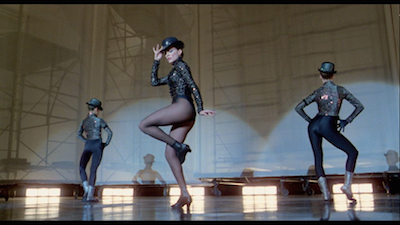 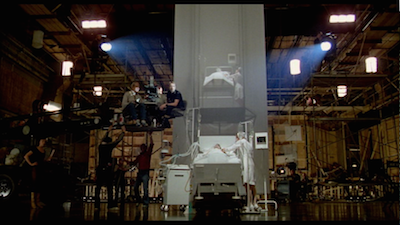 All That Jazz is two hours of "you can't do this." Fosse proves himself both fearless and ferocious, and he coaxes Roy Scheider into the same place. Together they pull off the high-wire act they prepare the audience for right from the movie's introduction. Together, the performers take a chance, and it pays off. Sure, some of it's corny and the art direction is dated, but as I said, All That Jazz is closing the door on a timeframe. Or more appropriately, zipping up its body bag. It's as potent a finishing statement for the decade as Robert De Niro telling Sugar Ray "You never knocked me down" in Raging Bull [review]. There was no going back from this, not with Star Wars

and the newly invented blockbuster breathing down everyone's necks, but what Fosse achieved and proved was that the true dreamers didn't have to go into orbit to create their own kind of outer space. 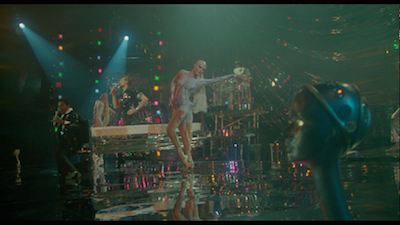 "so if it weren't for David Bowie, punk, and the mavericks of American filmmaking, I'd pretty much skip over the decade completely."

But that is pretty much the reasons the 1970s ruled. I would add mavericks filmmaking all over the world.