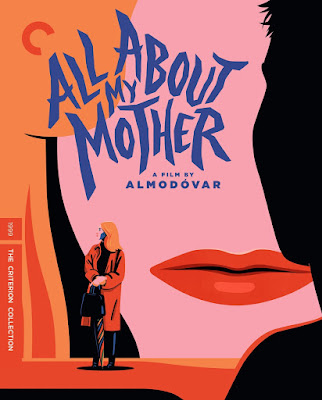 It’s a cliché to call a film a love letter to cinema. Just as much as say, “the city itself is a character,” or “it’s not for everybody, you either love or hate it.” As a reviewer and critic, I’ve definitely fallen into those traps. You can likely find some pieces on this blog that indulge any of those just by searching key phrases. (See for instance Brazil, a “love letter to the creative spirit” and a “celluloid hero” who is “surrounded by images from Classic Hollywood.”)

But how does one get around that with Pedro Almodovar’s marvelous 1999 drama All About My Mother, a film that ends with a dedication to Bette Davis, Romy Schneider, Gena Rowlands, and all actresses who have dreamed of stardom? It’s a movie that relies equally--and openly--on A Streetcar Named Desire and All About Eve, and even features a young stand-in for the director, a teen who one day dreams of making movies and putting his mother in them. Self-reflexive, and reflective. Pair this with the filmmaker’s most recent triumph Pain & Glory, and we practically have bookends to the career of cinema’s most articulate mama’s boy. 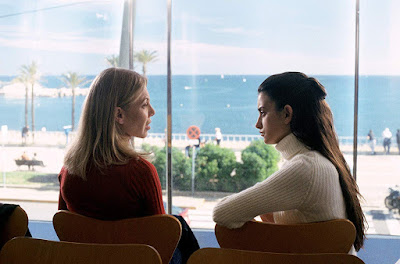 Almodovar’s sole goal here is to create a complex melodrama featuring his favorite actresses, celebrating motherhood less as a nurturing compulsion for the children involved, but more as the life role that fosters the creative spirit, either through encouragement or negation. Pretentiously, we could say that the mother here is not Manuela (played by Almodovar-regular Cecilia Roth), who inarguably provides the social center of All About My Mother, but art itself. Theatre. Motion Pictures. Hollywood. Art.

And yet this is not a pretentious film. Not at all. It’s too sincere, too joyful. Almodovar harbors no concern for the audience’s reaction. He is not worried about conventional plot, even as he sews clear threads through each story and gives plenty of closure. All About My Mother is as messy as life, and as organized as our ability to muddle through it. (Another critical cliché?)

For those curious about the plot: Roth’s Manuela loses her son to a car accident during a birthday outing to the theatre, when chasing after his favorite actress puts the young man in the path of an oncoming car. In her grief, Manuela decides to leave for Barcelona, find the father that the boy never knew, and make amends. Only, when she gets there, the father’s roommate informs Manuela that they have recently disappeared, robbing the apartment in the process. The father, Lola, and their roommate, Agrado (Anotnia San Juan), are both transsexual prostitutes. Lola was also a drug addict. This is why Manuela left without telling anyone she was pregnant. Two decades have passed, but not much has changed.

Once in Barcelona, Manuela’s life becomes intertwined with both a naïve nun (Penelope Cruz) and the actress whose autograph her son was pursuing (Marisa Paredes). With the actress, she seeks some closure; with the nun, she finds some correction. Sister Rosa, as it turns out, is pregnant, and Lola is once again the father. Rosa’s own mother (Rosa Maria Sarda) appears to be a no-go in terms of helping the young woman, so Manuela must step in. This could be her second chance.

For as complicated as all that is, it’s pretty easy to follow. All About My Mother is all about connections and repetition and history doubling up on itself. The actress’ lover, for instance, is also a heroin addict. And Rosa’s elderly father has reverted to a child-like state that requires constant care, usurping the motherly role his wife would otherwise visit on Rosa. It’s pretty intense when all laid out on paper, but Almodovar keeps it light and colorful. His extremely likable characters, played with incredible charisma by his ensemble of actresses, never give in to their burdens, nor do they indulge in depression, and so they are never a burden to watch. How they interact creates the drama, but also generates an undeniable electricity. All About My Mother is a movie about a community that turns into family. Perhaps we should revise: there is no one central mother, but these characters in some way are all surrogate mothers to each other.