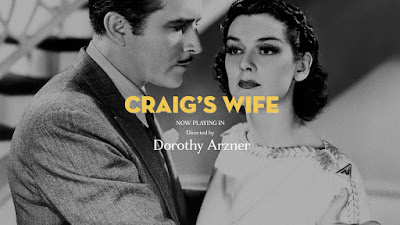 What a splendid little film Craig’s Wife is. The 1936 film from Dorothy Arzner is a bit of Trojan Horse, parading as a domestic drama, but smuggling elements of a paranoid thriller.

The Craigs are a wealthy married couple living a seemingly normal upper-middle-class life. Walter Craig (John Boles, Stella Dallas) loves Harriet (Rosalind Russell, Gypsy [review], The Women)--but by some accounts, too much. He is blind to her true nature. And it’s not really like she hides it. The maids are nervous around her, lest an inexact dusting cause wrath; Walter’s aunt (Alma Kruger, His Girl Friday [review]) only lives with them so she can keep an eye on things; and when Harriet and her niece, Ethel (Dorothy Wilson, The Milky Way), are on the train back from visiting Ethel’s dying mother, not only does Harriet lie about the woman’s health, but basically lays out her mercenary philosophy. Walter was a step up for her, a chance for independence and a place in society. All she has to do now is wait for him to pass on. That’s why she’s so exact about the house: it’s her future. 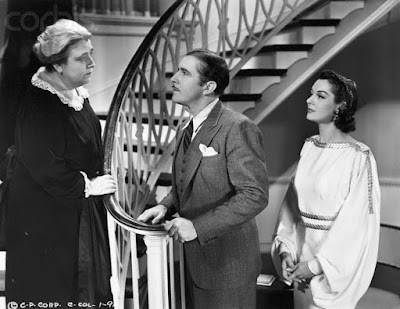 Harriet is a bit of a snake in the grass, but she’s a snake who’s in charge of the landscaping. The façade of her life with Walter, one created largely for him, is one she orchestrates entirely. In her mind, people are a means to an end, and any excess number of them should be trimmed. This, of course, means she also trusts no one. Not Ethel’s fiancé, whom she secretly seeks to isolate, and certainly not her husband, whom she thinks is being hit on by everything in a skirt--including the aging widow next door (Billie Burke, The Wizard of Oz). When her snooping causes her to discover Walter might actually be a suspect in a double death, Harriet pulls everything in closer. Never mind the portentous nature of the truth, which might signal to her that these next two days will be her downfall, with everything and everyone converging against her. Walter wasn’t involved, he couldn’t be. The tragedy was a murder/suicide perpetrated by a husband on his cheating wife
.
Described as it is above, Craig’s Wife has all the ingredients of a cheap B-movie or even a television soap opera, but as Arzner presents it, it is neither of these things. It’s an animal unto itself, a tad similar to trapped women pictures like Fritz Lang’s Secret Beyond the Door [review] or Douglas Sirk’s Sleep, My Love [review], but with the roles reversed. The woman traps herself. If this were Rebecca [review], Harriet would be her own Mrs. Danvers. In terms of drama, Arzner leans away from suspicious shadows and jump scares. There isn’t even a hint of danger or violence. Human emotion is enough. Like a Eugene O’Neill play, their conversations are their own undoing. 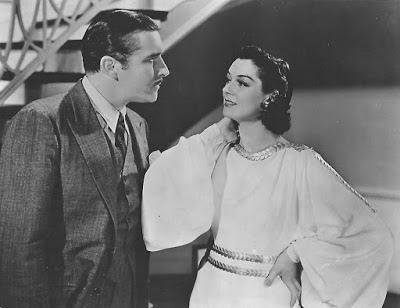 Rosalind Russell by far runs away with this picture. Her performance is as flawless and calculated as Harriet aspires to be. She can snap from rigid to tender in a second, and had we not seen her reveal her true colors in other scenes, we’d certainly fall for her routine. Like any villain, you have to like her, at least a little bit, and Craig’s Wife leaves enough room for sympathy so that in the end, you can ‘t help but feel happy for her when she gets exactly what she wished for, and sorry for her in that it’s exactly what she deserved. 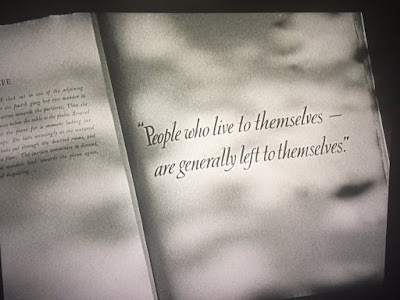