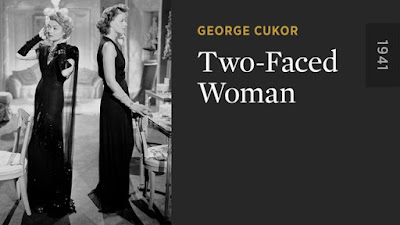 A self-important magazine editor from New York climbs a mountain with a no-nonsense ski instructor and comes back down with a wife.

This is the meet-cute of Two-Faced Woman, a 1941 romantic comedy from director George Cukor. It sounds harmless enough--and truth be told, it is--but it’s also the film that ended Greta Garbo’s career. So maligned was the picture upon release, the screen legend left Hollywood for good.

Garbo plays Karin, the aforementioned ski instructor, a lover of the land more at home in the freezing temperatures than anywhere else. She’s an improbable match for Melvyn Douglas’ Larry, whose dry wit sits atop his dandyism in a way that can be charming sometimes, but is a little gruff here. This is the third time the pair starred together, so it’s a wonder that the chemistry between them takes a while to mix in Two-Faced Woman. It’s the film’s #1 problem. Perhaps the coupling would not seem so improbable had Cukor and his three writers not decided to leave most of the courtship off screen. The would-be lovers meet, bicker, and then after some slapstick, Larry falls into a snow bank. Cut from a concerned Karin to a more concerned ski lodge where panic has set in over their disappearance. Even Larry’s business partner (Roland Young) and secretary (Ruth Gordon) have come looking for him. When the “lost” skiers finally do re-emerge, they reveal little about where they have been, but wherever it was, they fell in love and got married. 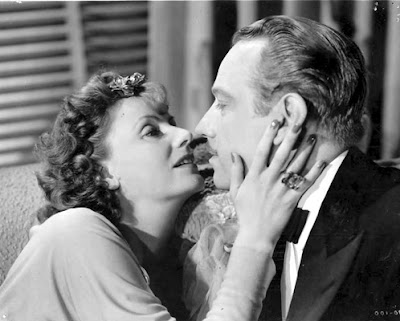 Problems ensue almost immediately. Larry’s initial promises to change his life and stay with Karin are quickly overtaken by his workaholic tendencies, and Karin refuses to go to the city with him. Larry leaves anyway, months pass, and fed up with his constant excuses for not returning, Karin goes to him. The surprise she has planned for her husband is trumped by the surprise she receives, however; it appears her man has taken back up with his former flame, playwright Griselda Vaughn (Constance Bennett). Humiliated but not beaten, Karin decides to impersonate her own twin sister so she can spy on Larry and potentially lure him into a trap. Is it possible he’ll love the bawdy sibling more than the down-to-earth gal he married?

Here is where the title Two-Faced Woman apparently comes in, though it’s a bit misleading. The negative connotations of being “two-faced” would actually probably apply to Larry more than Karin--he’s the cheater, after all! It’s of little consequence, I suppose, and easy to overlook, since this is the point in the picture where the story really starts to take off. In this invented persona, Garbo cuts loose, and the stakes start to matter. Two-Faced Woman’s best scenes come when Larry and Karin are finally alone, each playing the other for a fool, but the mutual seduction actually working rather than just being a petty ruse. Cukor plays with reversals here, bringing each lover to the brink of temptation, only to have them hold back, to tease, each one not yet ready to give up the game. 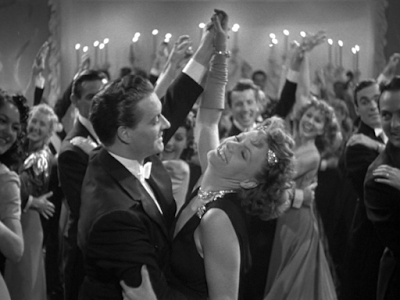 It’s an exquisite bout, a drunken tug-of-war, with Douglas and Garbo at their most charismatic. They both play very good boozehounds. Things only get sillier and more fun as the back-and-forth escalates, with the pair racing back to the ski resort, each determined to reveal the truth first. It’s too bad the script lets us down once again, returning to slapstick rather than finding a more meaningful ending. I get that Larry tumbling down a mountain brings them back to a place where they initially fell in love, but since we didn’t get much of a glimpse of that love the first time, it comes off as meaningless the second. 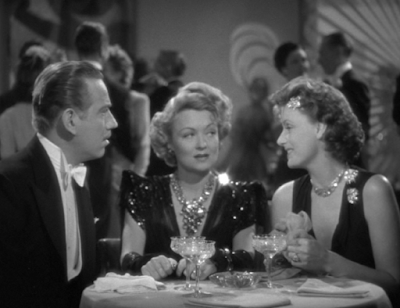 MVP honors go to the exquisite supporting cast. Fans of Harold and Maude [review] will likely enjoy seeing young Ruth Gordon give it her all as the fastidious Miss Ellis. But the whole of Two-Faced Woman is stolen by Constance Bennett, whose smart, sharp-tongued Griselda cuts through every scene, taking scissors to the film’s would-be heart strings. Bennett’s performance is a scream--sometimes literally. Griselda’s penchant for letting out a high-pitched cry when her stress and anger reach a boiling point, sometimes filling the space between words, at others pure punctuation, is Two-Faced Woman’s top gag. 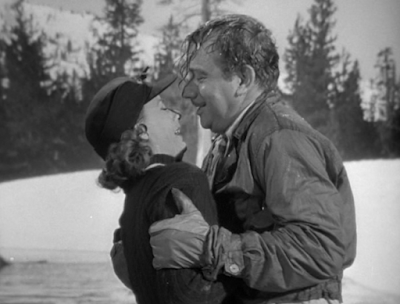 Which isn’t all that abnormal, for a supporting player to upstage the main stars. It’s just too bad here because one would have hoped for better from Garbo’s final bow. In the early scenes, she seems as baffled by the script as the rest of us, and her performance suffers for it. Two-Faced Woman should have reminded audiences why they fell in love with her in the first place instead of being slightly relieved the relationship is over. 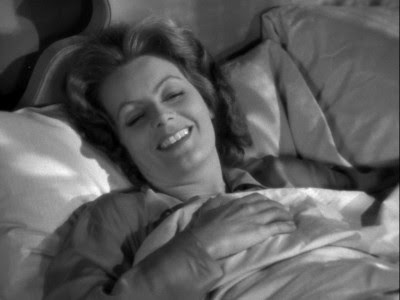