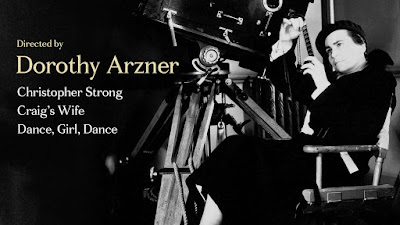 Dorothy Arzner was a pioneer. She was one the only female film directors in the Pre-code era, having already survived the transition from silents to sound, amassing a solid resume that featured both comedy and drama, ultimately leading to her being the first woman in the Director's Guild of America. Her 1933 picture, Christopher Strong, is definitely in the latter category. It’s a dual romance: a middle-aged husband steps out on his wife at the same time his coming-of-age daughter is learning her first lessons of the heart while pursuing a married man. 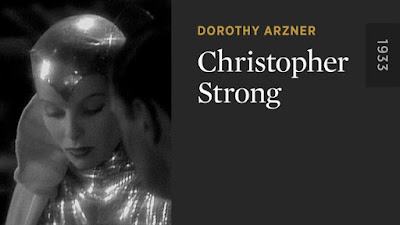 And it starred another pioneering woman of cinema. Christopher Strong is only Katharine Hepburn’s second film, the actress may not snag the title--Strong is her lover, not her character--but it’s still her show. Hepburn stars as Lady Cynthia Darrington, an independent aristocrat with a yen for adventure. Cynthia is a pilot whose exploits earn headlines, as she wins races and breaks records. She comes into the orbit of the Strongs by accident--literally. She runs Harry (Ralph Forbes, The Barretts of Wimpole Street), the lover of young Monica Strong (Helen Chandler, Dracula), off the road with her car. He is out looking for an impossible treasure for a scavenger hunt: a woman over 21 who has never had a love affair. Cynthia fits the bill.

At the same time, Monica is rushing across town to grab her father, who is the other prize of the night. Sir Christopher (Colin Clive, Frankenstein) represents a man who has been married more than five years who has never cheated on his wife. Amused by their mutual exploitation, Christopher and Cynthia immediately hit it off. Cynthia also befriends Monica and becomes a bit of a mentor. It’s all seemingly innocent enough. Only Lady Strong (Billie Burke, The Wizard of Oz) sees what’s really going on. 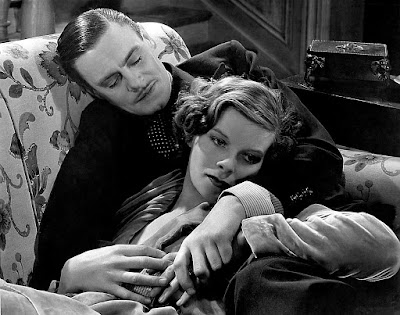 Naturally, Cynthia and Christopher fall for each other. Their growing attraction runs parallel to the Strongs discouraging Monica from dating Harry--one romance goes up, the other is encouraged to go down. It’s only as Sir Christopher indulges his passion for this other woman that he comes to understand his daughter’s emotional turmoil, finally relenting to Monica’s wishes when Harry himself gets a divorce. Ironically, though, once Monica discovers what is going on, she does not approve of her father and her friend making a fool of her mother. The girl’s judgment raises questions of which affair is more hurtful, and forces Cynthia to make a decision. 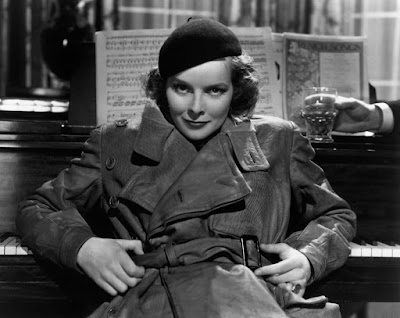 Hepburn is a vision here. Young and dreamy, and every bit the icon we know today. Decked out in chic pantsuits and exuding an alluring confidence, this feels very much like the performance upon which Cate Blanchett based her Oscar-winning portrayal in The Aviator. Katharine Hepburn already has a natural command of the screen, and her revelations of Cynthia’s vulnerability feel less like a dismantling of the character’s defenses and more of an organic relaxation--falling in love is the one bold adventure she has yet to embark on. 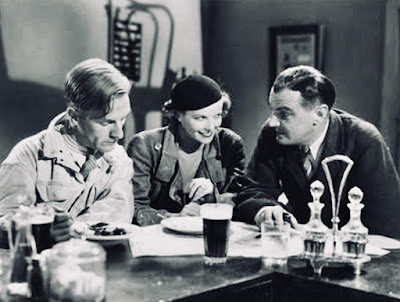 Since Christopher Strong came several years before the Hayes Code, Arzner does little to gloss over or obfuscate the full extent of the scandal that drives the film into its final act. The melodrama is heavy, even if the execution is not. Though the script is sometimes clumsy, the emotion is real. Surprisingly enough, the most effective scene is the one where Arzner and writer Zoe Akins (How to Marry a Millionaire) pull back the most. It’s a two-hander with Hepburn and Burke, where Cynthia must face the woman she’s deceiving but who doesn’t know she’s being deceived. Burke is so understated and yet so knowing in her own way, it’s the only scene that Hepburn has stolen. 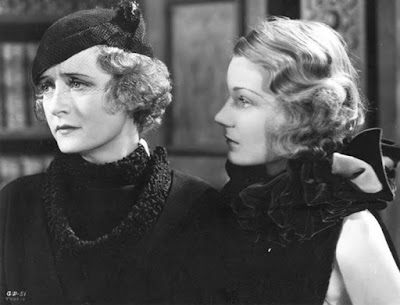 Though the controversial plot of Christopher Strong is certainly tame by today’s standards, the authenticity of the heartache means it’s still relatable. People hurt the same, regardless of the era. It’s also kind of refreshing to watch a film that values the romance over the sex. Christopher Strong would never be made now without a few steamy scenes between both couples; hardly anyone has the confidence to play sex and violence offscreen anymore. Granted, Christopher Strong also feels a little slow, it’s at times dialed back too much, but for fans of good drama--not to mention students of early cinema--it still has plenty to offer. 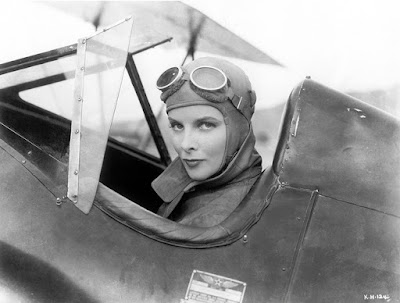