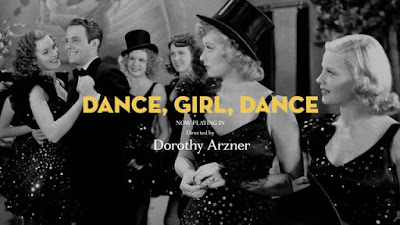 Dance, Girl, Dance is a 1940 showbiz drama from director Dorothy Arzner set in the world of New York burlesque. Maureen O’Hara (The Quiet Man [review]) and Lucille Ball co-star as Judy and Bubbles, two hoofers with opposite artistic goals--which are also reflected in their morals and business acumen. Judy dances for the love of it, Bubbles for the showcase it provides her natural gifts. Not to mention the opportunities to meet a rich husband. Their work lives and love lives will criss-cross, making for some friction, but also for some fun.

The divide between them is evident from the first scenes. Dance, Girl, Dance opens on the night when a speakeasy where they are dancing is shut down by police. Wealthy playboy Jimmy Harris (Louis Hayward, House by the River) intervenes before the pair is carted off to jail, but he causes more friction than frolic when he hastily discards Judy for Bubbles, all over the color of their eyes. The night also ends badly for Bubbles, however, when Harris dumps her, panicking over his soon to be ex-wife (she of the blue eyes that scare him so), and leaving her with a stuffed Ferdinand the Bull. It’s a sort of fuzzy Cinderella’s slipper, and will be important later. Can you guess whose hands the toy ends up in? 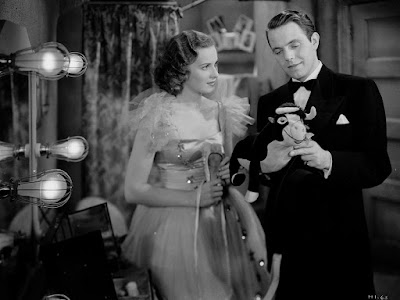 Eventually, Bubbles lands a regular burlesque gig, and she drags Judy along, allowing the ballerina to be her comic foil. It’s an odd idea. Judy’s serious number is inserted between two salacious performances by Bubbles, the testosterone-fueled audience worked into a frenzy over their wish to get the mopey gal off the stage and bring the hottie back. Unbeknownst to Judy, she has also caught the attention of a show promoter, Steve Adams (Ralph Bellamy, The Awful Truth [review]), who books the legitimate theatre. Adams is smitten with her, and he keeps tracking her down, only for the clueless Judy to brand him a creep and brush him off time and again.

Dance, Girl, Dance is a musical about musical theater, and Lucille Ball has a pretty good showcase midway through with a couple of semi-bawdy numbers. There’s also a solid musical number nestled in the center of Dance, Girl, Dance. Judy gets a gander of one of Adams’ productions, and it’s an artful amalgamation of Broadway and Hollywood. It represents high art, whereas everything else the girls do is low. 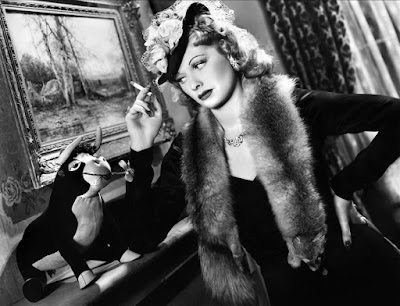 Because one can otherwise easily pick up on a decidedly feminist streak. It manifests almost from the jump, in Dance, Girl, Dance’s opening scenes. When the cops raid the nightclub and tell the dancing girls to go home, Judy sticks up for her sisters, demanding they get their due wages. The audience all paid their admission to gawk, why should they go home for free? This confrontational moxie will manifest again later when Judy loses her cool onstage; tired of being jeered at and dismissed, she lets loose on the audience. Even if a Hollywood back lot is not the backdrop, Arzner is creating a pretty up-front critique of entertainment and how it’s consumed, particularly when it comes to the exploitation of women. The only bum note is maybe when the horny crowd accepts her screed a little too easily and turns on Bubbles. Given their behavior and intention, it’s doubtful they’d have subjected themselves to such honest self-reflection even in the face of recrimination. 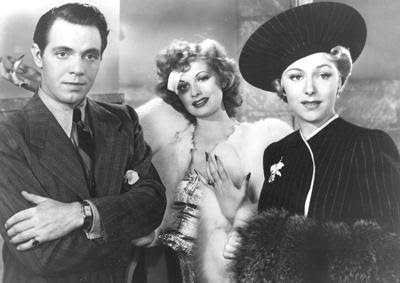 Both O’Hara and Ball at early stages in their careers. Both are crafting the personas that would later make them famous. O’Hara is that fierce fighter that would have no problem going toe to toe with John Wayne, and Ball is all brass and laughs. She is not quite yet as polished in the slapstick as she would later become, nor is she even close to America’s sweetheart in this persona, but that’s more the writing than Ball herself. One gets the sense that if she were allowed to cut loose, she’d show us right quick what she could do. 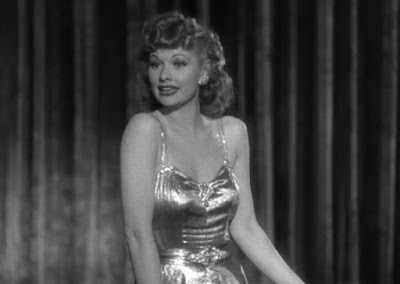 Overall, Dance, Girl, Dance is an entertaining trifle, full of good performances and driven by a facile script. Arzner’s light touch is appreciated, as it allows her to once again sneak a message into what is otherwise standard Hollywood fare. It’s hard to pinpoint her voice exactly, there aren’t a lot of flourishes that are uniquely hers--or at least, not evident in my quick survey. That said, not many of her male contemporaries were working with the same level of nuance, or daring to explore the social strata of economics and gender--something that is evident in the movies I reviewed previously, Christopher Strong and Craig’s Wife. One assumes that Arzner was not always afforded the freedom her counterparts were and had to play her cards as the table dictated. In which case, the mind boggles at the possibility of what could have transpired had she been dealt from the top of the deck. 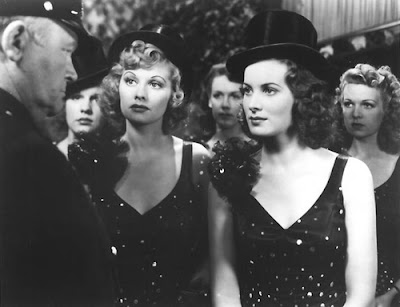