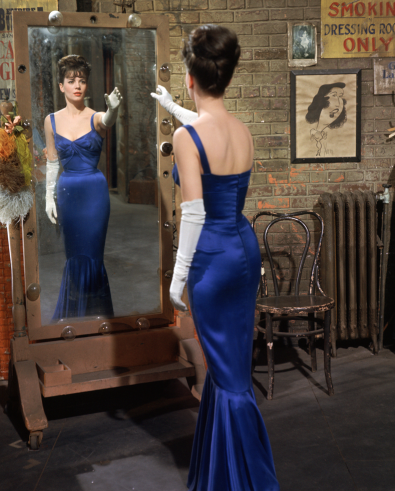 A film based on a Broadway musical based on a true story--like a game of broken telephone, something appears to have been lost along the way.

Natalie Wood stars Gypsy as Louise, the gawky teen that would one day become Gypsy Rose Lee, one of the most famous strippers of all time. Pushed onto the stage early in life by her domineering mother, Rose (Rosalind Russell), Louise was always second fiddle to her cuter, blonder, and more talented sister, June (Morgan Brittany as the younger version, Ann Jillian as the teenaged version). Louise is the kind of girl who is always doing for other people, never really thinking of herself, and thanks to her mother's antics, convinced she has nothing to offer anyway. It isn't until June makes a run for it (in the play, eloping with the boy her sister has a crush on; in the movie, for some reason, eloping with a different fellow) and leaves Rose with no other options that Louise is pushed front and center--and even then, doing something unexpected. The transformation from vaudeville singer to burlesque stripper is abrupt and accidental, and then the rise of fame glossed over in a montage of performances that shows the newly dubbed Gypsy going from tentative peeler to full-fledged sensation. 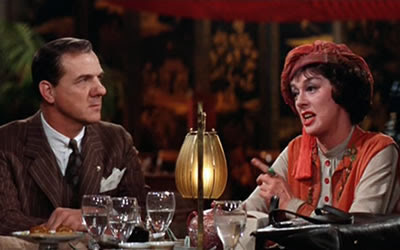 I was actually surprised that so much of this 1962 movie was focused on the years of trying to make a go of it during vaudeville's death throes (you can hear some of Broadway's resentment of the movie industry seeping out in the dialogue) rather than Gypsy's later fame. I knew it was a mother-daughter story, but I had no idea that, really, this is the mother's story more than that of her daughter. It fits, though, since there is much contention about whose dream is really being served in the non-stop musical touring, that of the young girls or of their envious, attention-starved mother. Rosalind Russell, who delivered two of cinema's greatest comedic performances in The Women and His Girl Friday [review], proved she was just as much a force of nature several decades later with her portrayal of Rose in Gypsy. She pushes the movie along by sheer force of will, practically shoving it forward through her own undeniable physicality.

Thank God, too, because there is not much else giving Gypsy momentum. The title role is a bit of a non-starter, with Wood forced into the meek background for most of the picture, saving it all for one bravura monologue when she asserts herself at last. The supporting cast is fine, including a rock solid Karl Malden, but the production is plodding. I know that the play is considered a classic, but I didn't find any of the Jule Styne and Stephen Sondheim songs to be all that memorable (and dare I say that some of the lyrics were downright silly?). Though dance-legend Jerome Robbins choreographed the musical numbers with expected verve, Mervyn LeRoy's direction seems almost scared of getting too close to all that musical energy. He frames much of the movie in static shots taken from the middle distance or farther back, as if one were seated in a theatre watching Gypsy on a stage. Natalie Wood looks beautiful when she is finally allowed to dress up to dress down, but a near-sighted guy like me had to squint just to see her. I'm watching a movie, how the hell did I get stuck in the cheap seats? Maybe LeRoy was still shy from getting splashed on during that Esther Williams picture he directed. 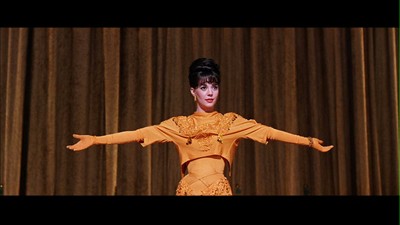