THE SKIN I LIVE IN - CRITERION CHANNEL 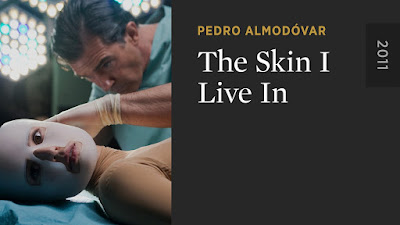 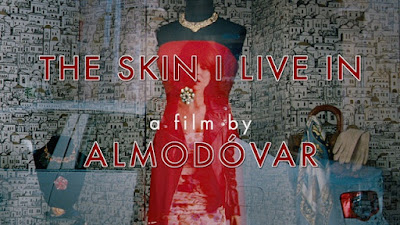 I'm not one that normally buys into the whole spoiler thing. It gets a little ridiculous. Some people assume any detail about a movie is absolutely crucial and act like you've spit in their popcorn if you get specific at all. Here's a spoiler for you: the internet could stand to chill.

That said, occasionally there is a movie so off-beat, so unpredictable, so mesmerizing, that I really want to reveal as little as possible, it's so much better if you go and find out on your own. The latest from Pedro Almodóvar, The Skin I Live In, is just such a film. It's very good, very creepy, and even if you've seen the trailer, most of the mysteries that this disturbing gem holds remain to be discovered. 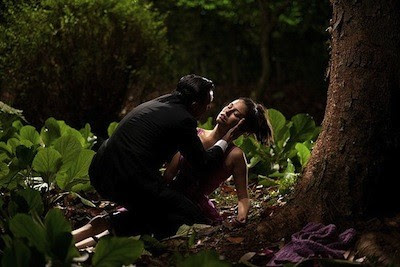 The basics that I can tell you: Antonio Banderas has once again teamed up with the Spanish director who made him a star. Here he plays Robert Ledgard, a brilliant plastic surgeon who has been working in secret on a synthesized skin that is resistant to fire and insect bites. He lost his wife to burns resulting from a car crash, and he has been so intent on keeping others from suffering the same agony, he has been conducting taboo experiments in the private clinic he built into his mansion. He performs the skin experiments on one patient, a troubled young woman named Vera (Elena Anaya, Mesrine [review]) whom he keeps locked in the bedroom next to his and obsessively observes her via a giant-sized flatscreen, almost like he's looking through the wall itself.

Vera never leaves her room, and she never interacts directly with anyone but Robert. His staff sends her food and other things through a dumbwaiter. Most of Robert's affairs are run by the maternal Marilia (Marisa Paredes, The Devil's Backbone). She has been with Robert since he was a child, and knows him even better than her own son (Roberto Alamo), who grew up to be a criminal. No one else knows that Vera is there or has any inkling as to why. What Robert is doing will certainly have a questionable outcome, but he is blinded to the consequences by his tragic past. As more details of what happened prior become clear, what will happen next becomes even hazier. 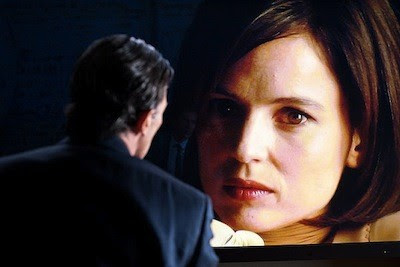 The Skin I Live In is, essentially, a horror movie. It doesn't have ghosts or things going bump in the night, nor is it really a slasher flick. Almodóvar dabbles more in an unsettling, psychological brand of horror. I was reminded of both Georges Franju's Eyes Without a Face and David Cronenberg's Dead Ringers while watching The Skin I Live In. All three of those movies made me uncomfortable in delightfully nasty ways. They all share a tradition of doctors with ice water in their veins who step away from conventional procedure in search of something more personal. The breach of ethics leads them down dangerous roads, and what they find is seriously gruesome. Banderas is splendid as the slimy scientist. His madness is in how clear his vision is. His private plan is exacting and thorough. The only thing he didn't count on is what the results stir up in himself.

Also very good is Anaya--though, again, it's hard to tell you exactly why without jumping too deep into the plot. Suffice to say, she handles the trickier aspects of Almodóvar's script (which is adapted from a novel by Thierry Jonquet). It's a credit to both the actress and her director that after we come to understand certain things about Vera, we never look at her quite the same. It's hard to say if she's really changed, but so much of storytelling is an invisible art. Perhaps Elena Anaya does do something different, perhaps she has just been different all along and our eyes are only just being opened to it. 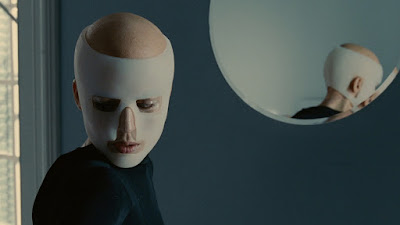 It's an unimportant question, really. All that matters is how immersed you are in the going's on that wherever the trick lies, the illusion is imperceptible. Almodóvar's execution of the material is exacting, so meticulously designed, he could get away with almost anything. Robert's house is an incredible set, with every detail from the paintings on the walls to the seemingly limitless number of doors through which anyone could go, be they on the hunt or looking to escape, chosen in order to have as much of a visual effect on the audience as anything that happens in the narrative. It's not just about the particulars of what occurs, it's how it occurs and where. It's the pervasive mood of the piece.

The result is that The Skin I Live In does settle over the viewer like a second skin--albeit one you will quickly want to shed. It's going to be harder than you think, though. The movie will most likely follow you around for the rest of the day, if not longer. Which is exactly what you should expect from a good horror movie. If you aren't appropriately horrified, what's the point? 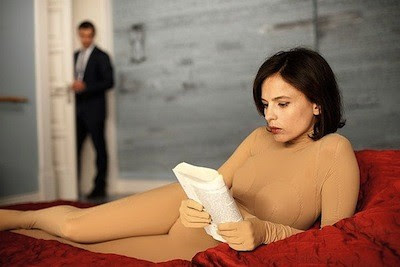