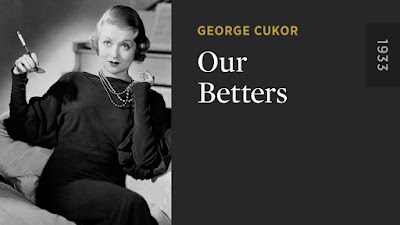 A comedy of the upper classes with a “they’re just like us” message knotted together with a “but they’re also rather perverse” chastisement. Based on a stageplay by W. Somerset Maugham (Of Human Bondage), Our Betters is a fun trifle, a bit meandering and at times stiff, but generally entertaining thanks to a diva turn by Constance Bennett (Topper). She plays Lady Pearl Grayston, an American socialite who married into her title, but who is quickly turned hard by the discovery--on her wedding day, no less--that, for her husband, it is a union of convenience and not love. Accepting this fate, Pearl is fine to have her husband go on an extended vacation and, in his absence, twist England to her will via fashionable outings and well-curated parties. 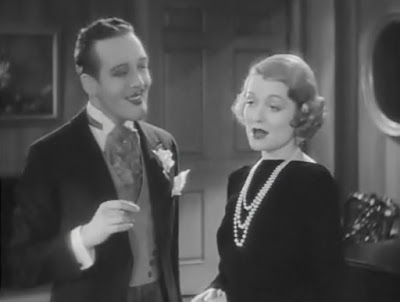 Directed by George Cukor (The Women) and released in 1933, before Hollywood adopted the Hayes Code and started minding its manners, Our Betters is a rather frank look at the trysts and turns of high British society. From a rich older woman keeping a much younger lover (Violet Kemble Cooper and Gilbert Roland, respectively), to Pearl’s own sister, Bessie (Anita Louise) pursuing her own place in the upper classes, everyone in Pearl’s circle has some kind of affair underway, ones we are to surmise are pursued out of loneliness and convenience, but never love. This is shown to us via the bewildered American boy Fleming (Charles Starrett, a.k.a. The Durango Kid), who has been jilted by Bessie and yet hangs around to marvel at the freak show.

Our Betters is essentially a string of loosely connected vignettes, following several gatherings, flitting in and out of the various relationships and breaking off couples on their own to give us time to get to know them. Occasional moments of despair seep through as lifestyle choices backfire. Bennett is the glue holding it together, not just arranging the parties but manipulating the aftermath to keep her little circle from disintegrating. It’s very light stuff, even if Cukor’s direction is often weighed down by the material’s theatrical origins. Unfortunately, as enjoyable as the individual bits may be, the conclusion fizzles. The final scene doesn’t feel very final, making Our Betters come off more like an episode in a larger narrative than a wholly formed entity unto itself. 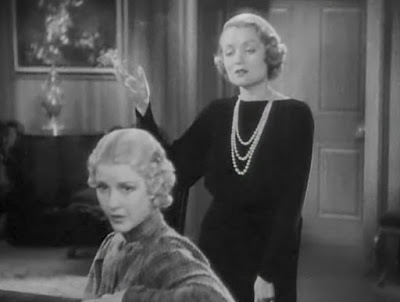