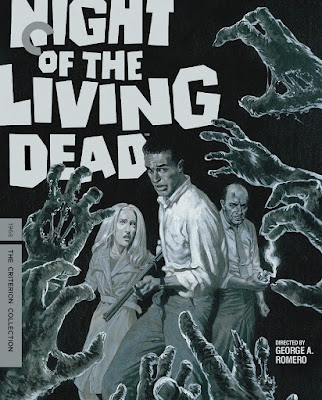 What’s there to say about Night of the Living Dead that hasn’t been said a million times? The seminal horror indie has been one of the most influential genre pictures of movie history, dissected by critics for the last 50 years, explored from every angle, praised for its technique, innovation, and deeper political subtext. There have even been full-length documentaries made about the production, including 2015’s Birth of the Living Dead [review], which featured Romero himself. And, of course, scores of sequels, remakes, and imitators.

Give Night of the Living Dead a spin and it’s easy to see why the hullabaloo persists. Made on a shoestring budget in the late 1960s, it’s a clever pressure cooker of a zombie film. Most of its running time takes place in a single house, as would-be survivors of an undead apocalypse hole up in hopes of some kind of rescue. It starts with two, Ben (Duane Jones), an African American man, and Barbra (Judith O’Dea), a white woman gone nearly catatonic after seeing her brother attacked before barely escaping herself. They are soon joined by a young couple and a family of three who were hiding in the basement. While the night draws on, arguments ensue about how best to get out alive, as radio and television reports present an increasingly bleak picture of the spreading doom. 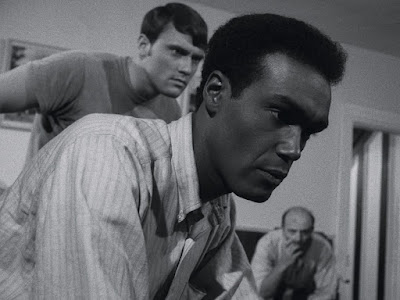 It’s not hard to see the political metaphors when you’re looking for them. The optics of a black man and a blonde woman facing an onslaught of mostly white men hell-bent on destroying them are sadly as relevant in 2018 as they were in 1968. It’s also hard to ignore how when the older white man (Karl Hardman, looking like an early demo of Rob Corddry) arrives on the scene, he immediately tries to take charge, barking orders without considering any alternative point of view. When his wife (Marilyn Eastman) points out how important it is for him “to be right, everyone else to be wrong,” you can feel the pent-up frustration, born of years of listening to him blather on. Tellingly, when it’s time to decide whether to stick with her husband or listen to Ben, the wife is paralyzed with doubt. It’s hard to break a pattern. 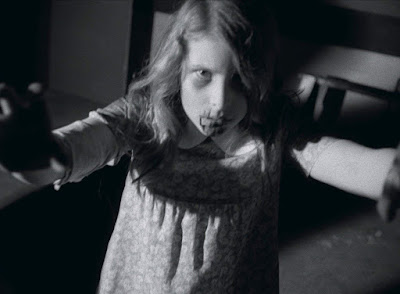 Romero is employing a classic technique here. Plenty of low-budget character studies used a confined space to (a) save on location costs and (b) trap their subjects together so they can’t escape one another. See, for instance, Hitchcock’s Lifeboat [review] or countless Twilight Zone episodes. The one I most think of is “The Shelter,” where one family with a bomb shelter has to fend off their neighbors, who scoffed at the notion of such a thing but are now desperate to get in when there is threat of a nuclear attack. When examining Night of the Living Dead, we can talk race or gender, or we can also just study the personalities as the drive for self-preservation overtakes any desire to help one’s fellow man. Is it that different when the living people inside the house start tearing each other apart verbally than when the zombies outside literally feast on the flesh of the fallen? 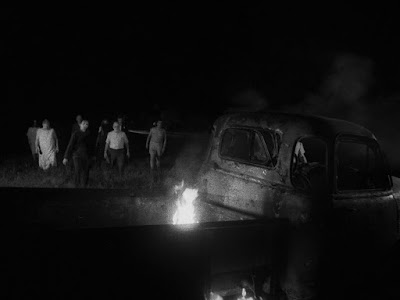 One has to give Romero credit for pushing the boundaries in that particular scene. The stone-faced actors chewing on a turkey leg or playing with fake entrails paint a pretty grisly picture of a society that has broken down. Though it comes only midway through Night of the Living Dead, it’s really the beginning of the end. It’s when the hordes taste victory and get the strength to carry on, and the last vestiges of civilization fall.

But Romero really saves the best for last. The most unsettling moments in Night of the Living Dead come at the very end, when we learn the fate of Ben. If there is any remaining resistance to the political reading of the movie, that should all vanish here. Romero chooses to show these last shots as a montage of grainy stills, resembling news footage, focusing as much on the uncaring, self-satisfied faces of Ben’s unwitting attackers--who think they are doing the right thing--as much as the sad outcome of their actions. Anyone seeing Night of the Living Dead on initial release would have, unfortunately, found images like these far too familiar, far too similar to what they had been seeing in newspapers throughout the Civil Rights Movement. And the power to provoke has not dulled. (Spike Lee made a similar move, pulling in current events to upend his own entertainment in this summer’s BlacKkKlansman.) 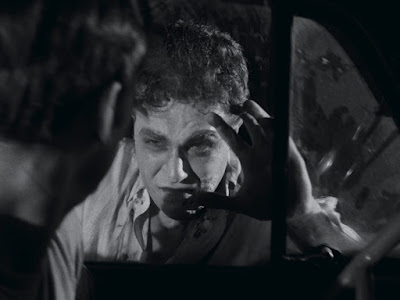 This is what good horror can do: create a commentary on the times, delivering uncomfortable truths in the guise of seemingly unthinkable, frightening events. There’s a reason that the genre thrives when the real world is going through tumultuous times. A good scary movie can make us reflect on the current situation in ways that are obvious (the analogues for the Reagans in Wes Craven’s The People Under the Stairs) or subtle (the triumphant #metoo parable of David Gordon Green’s recent Halloween sequel, the stifled voices of good people in John Krasinski’s A Quiet Place). For most of Night of the Living Dead, George A. Romero goes for the subtle, saving up that sucker punch for when it really counts. 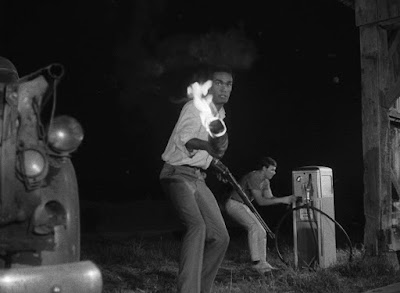