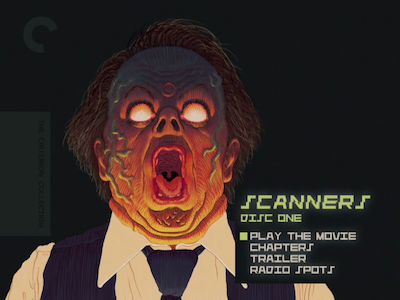 Back in high school and on through college, I worked a story called Lords of Order, first writing it as a graphic novel and then a screenplay. Intended as the opening of a trilogy (and predicting the three brothers structure of my eventual prose novels), the story was a gritty fantasy about teenagers with psychic powers being preyed upon by an evil corporation that may have had a hand in their creation. It was a John Hughes version of the X-Men, in its way, but now I see it was also quite a bit like an adolescent version of Scanners.

Released in 1981, Scanners was David Cronenberg’s fourth movie, and essential in his emergence as a prominent auteur. Scanners set the groundwork for both Videodrome [review] and The Dead Zone in terms of approach and theme. It’s effective for what it is, a B movie with a firm grasp of its own schlock, highlighted by impressive practical effects. One of the film’s earliest bits of gore, when a man’s head explodes, has found new life on the internet as an animated gif. Its bloody climax, however, may be the most effective, if not easily the grossest. If you want to talk about the psychic travails of puberty, I am pretty sure anyone who had any kind of acne problem can relate to the squirting pustules growing on Michael Ironside and Steven Lack’s faces.

The two men lead the film, both playing the titular “scanners,” the name Cronenberg gives to people with extraordinary mental powers. Their main ability is telepathy via direct linkage of their nervous system with another’s. Once connected, they can read minds and also influence the other person’s actions--but at great physical expense for themselves and their victim. They also seem to be able to inspire spontaneous combustion in a manner that is never explained, and hack into computers in a manner that shouldn’t have been. 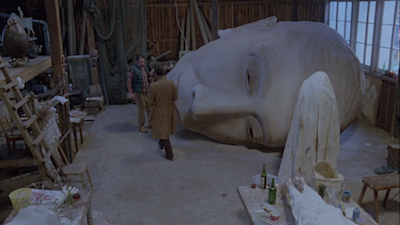 Lack plays Cameron Vale, a scanner who is taken into custody by a nefarious corporation and its lead scientist, Dr. Ruth (The Prisoner’s Patrick McGoohan). The company is trying to cultivate scanners for espionage and other unsavory purposes, but they find themselves at odds with a rogue scanner, Darryl Revok (Ironside). Revok is looking to unite all known scanners, and killing the ones who refuse. Ruth and his cronies dispatch Vale to find the bad man, though the more he looks, the more Vale realizes not everything is on the up and up. 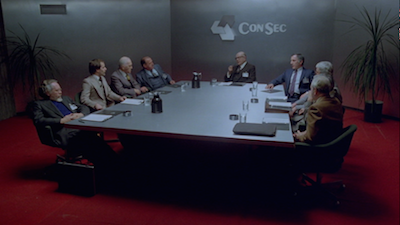 Cronenberg’s script is scrappy, but also threadbare. There is actually very little to the plot, and many scenes slam together without much connective tissue. Vale’s investigative skills seem to rely more on psychic predictions than real detection, and the gunmen who follow him around are never adequately accounted for. Scanners feels as if Cronenberg either didn’t have the budget to shoot more story, or simply didn’t care about why or how he’d get to the scenes of exploding heads and cars. The truth may be somewhere in the middle, as reportedly the filmmaker was rushed into production before there was a complete script with instructions to finish in time to qualify for a tax break. 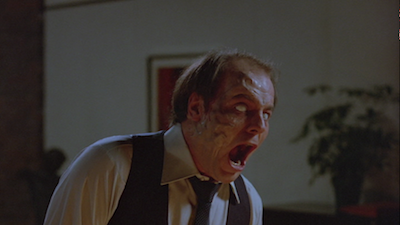 Fans of blood-and-guts horror probably don’t care, however, and one could probably make some pretty good critical hay out of the political implications of weaponized genetics, particularly as science continues to learn more and more about how we are put together. For me, Scanners could have used with a bit more character work. The choice to make Vale a blank slate means we never quite grasp his motivation. Likewise, Revok is never permitted to preen in his villainy. Surely there was some Thanos-like justification for his mission Cronenberg could have injected here, but much like my bad adolescent writing, the only real driver seems to be possessing the power itself. Which isn’t really all that relatable and exciting for us normal folk out here in the audience. Though, maybe now I can resurrect that old script and fix it based on the lessons I gleaned from Scanners. 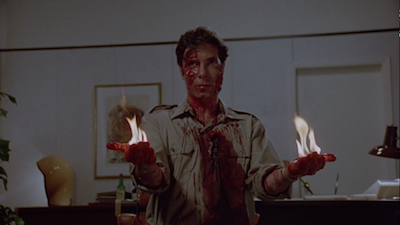