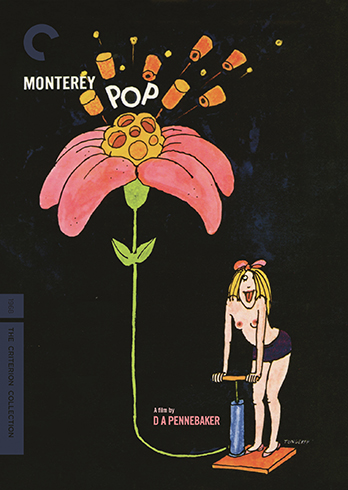 D.A. Pennebaker is responsible for two of my favorite music documentaries, Bob Dylan’s Don’t Look Back [review] and Depeche Mode 101. Both incorporate the backstage business, offstage shenanigans, and fan experience that makes the music come alive in arenas that extend beyond the recorded product, laying bare the entire operation, from farm to table.

In Criterion’s The Complete Monterey Pop Festival, the documentarian does the same for the original live rock event, packaging the premiere festival for audiences the world over as Monterey Pop; though, arguably to less effect, partially because he has less time to spend away from the music. Simply because there’s so much of it. Days of it. What we see here is just a curated selection of an entire weekend in 1967, cut down to individual performances from a selection of the performing bands, sometimes not even complete songs. These highlights include The Who, Mamas and Papas, Simon and Garfunkel, Otis Redding, Country Joe and the Fish, Jimi Hendrix, and more. Most of the numbers are shot and edited in a manner that mixes a distant vantage point showing a clear image of the stage with intimate close-ups, highlighting the faces and instruments. Pennebaker is trying to capture the movement, the “happening.” You are simultaneously in the audience and in the band. 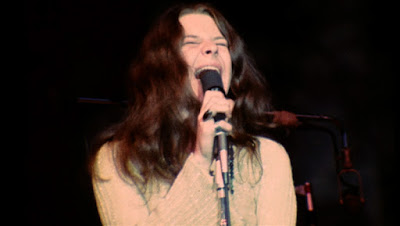 The most powerful moments, however, don’t happen on the sage, but rather are the ones he finds amongst the spectators, when someone unaware they are being watched loses themselves in the music, like when the camera zooms in on the hands of the woman with chipped nail polish fingering Ravi Shankar’s tabulature on her fur coat. Tellingly, the filmmaker waits until Shankar’s song is about to climax before showing the musician himself for the first time. Likewise, we can glean much from the fact that many musicians have abandoned their posts to watch Shankar. Hendrix and the Mamas and the Papas’ Michelle Phillips are both seen in audience, alongside Mickey Dolenz, who was there as an anonymous witness, sans the other Monkees. Shankar is the most transcendent of all the acts on the bill, effortlessly achieving the tonal bliss that others, like Country Joe, struggle for. And the set receives a naturally rapturous reaction. It’s no wonder Pennebaker made it the finale.

Of all the highlighted sets, Otis Redding and the Who prove themselves to be unparalleled performers, and with his avant-garde rendition of the Stones’ “Paint it Black,” perfectly melding the aural presentation with a psychedelic backdrop, Eric Burdon comes off as ahead of his time. Many of the bands here don’t really suit my taste, including Jimi Hendrix, but it’s also obvious why he was one of two acts Pennebaker chose to peel off from the main and turn their full sets into their own movies. The Complete Monterey Pop Festival three-disc box comes with both Jimi Plays Monterey and Shake! Otis at Monterey. Otis’ show, with Booker T and the MGs providing back-up, is a wonder to behold, and if you’ve never heard any of his live albums, this short documentary will likely send you out hunting for them. 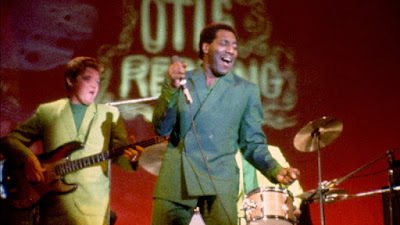 True fans will also dig the bonus Blu-ray with more than two hours of outtakes featuring more songs from the main acts and some bands that didn’t make the cut (Moby Grape, the Association, Paul Butterfield Blues Band, to name a few). All features are presented in a newly upgraded, high-definition format that brings clarity and depth to both picture and sound, surpassing even the incredible job Criterion did on their previous edition (released in ancient times: 2002!).

Of the many bonuses on the disc, the most unique and interesting is Chiefs, a short documentary about a gathering of police and religious leaders at what is essentially a weapons convention that played alongside Monterey Pop during its theatrical release. Directed by Richard Leacock, Chiefs is frightening in its enduring relevance. Shot more than half-a-century ago, behind closed doors at their own event, we witness authoritarians blaming dissenters and academic for social unrest, peddling in sincerely believed misinformation that they hope will inspire others while continuing to stoke their own convictions. They are firm and resolute in their convictions, even if they don’t always aim them properly. Sort of like the way the weapons manufacturers hide their commerce behind more lofty claims of aiding law enforcement. Their attitude and tactics of distraction haven’t changed much over their decades, even if their physical weapons--and the heat of the incendiary propaganda--have only gotten worse. 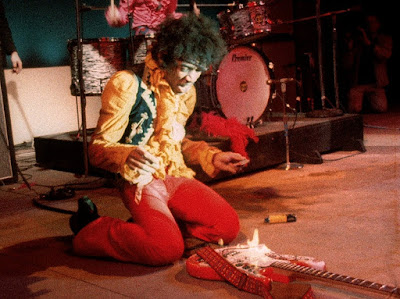