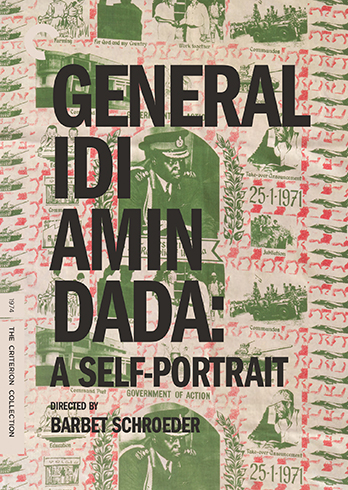 The subtitle to Barbet Schroeder’s 1974 documentary General Idi Amin Dada is A Self-Portrait, which seems like a misnomer, given that Schroeder was behind the camera and his titular subject, naturally, was in front. But then you watch the movie, and you see how carefully the Ugandan dictator tries to manicure his own image. Schroeder likely added the subtitle by way of acknowledging the influence and manipulation the notorious African leader was trying to exert on him. His “all access” pass only admitted him to selected areas and manufactured events.

And so we have Idi Amin the musician (indeed, he gets a “score by” credit), and Idi Amin the dancer, and Idi Amin the benevolent commander in chief visiting his troops and personally inspecting weapons. We get the military mastermind upbraiding his council with his personal philosophy of how to lead, a rambling dissemination of loosely connected ideas, a seemingly fake grandstand, until the despot slides a warning into his propaganda, slipping into genuine anger. Here is where Schroeder inserts himself, undermining the despot’s mission, by noting through narration how one of the council members singled-out would soon be fed to the crocodiles. Literally. 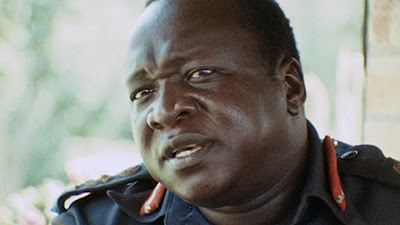 By going along to get along, Schroeder is shrewdly playing Idi Amin’s own game. By letting him seemingly have control, the tyrant will let down his guard and some truth will slip out. Likewise, by getting through the door, the film crew can explore a little beyond the confines their host lays out for themm. The result, General Idi Amin Dada: A Self-Portrait, ends up being a powerful exposé, laying bare the seductive powers of the man behind the image he portrays. The film shows Idi Amin as both surprisingly human and a horrible monster. The two aren’t mutually exclusive. In fact, the monster needs the human side to be effective. His sense of humor--here shown in the cheeky letters Idi Amin sends to other world leaders, which make me think as much of the recent weird missives out of North Korea as I do of the curret American President’s ludicrous tweets--is his best weapon.

Which is really something to think about in our modern times, as slick talking heads on our TVs consistently sell us a bill of goods. At one point, even Idi Amin was a hero of the people, his goal to restore the economic power of Uganda so they would not be reliant on foreign powers. The results speak louder than the promises, though, and the images that Schroeder shows us of failing shops and shuttered businesses sharply contrast with the lifestyle the great savior has created for himself.

In this, even more than 40 years later, General Idi Amin Dada: A Self-Portrait is a lasting testament of the power of journalism and the responsibility of the media to call little men in big chairs on their own bullshit. 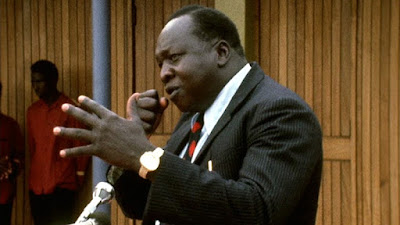 The new Blu-ray edition from Criterion is a considerable upgrade from their initial 2002 DVD. The picture quality is fantastic, preserving this historical document in a way that helps maintain its contemporary feel. Though supplements are spare, there are two new additions to this version: an interview with journalist Andrew Rice and a new piece with Barbet Schroeder. Coupled with the original 2001 interview with the director, the 30-minutes-plus of conversation with Schroeder explains the documentary process, reveals some of the push and pull between the author and his subject, and also gives us a little idea of what it was like behind the scenes before and after, when Dada saw the movie for himself. (Spoiler: He had concerns.) 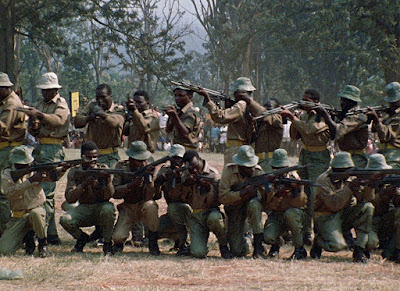