This review was originally written for my Confessions of a Pop Fan blog in 2010 as part of my coverage of the Portland International Film Festival. 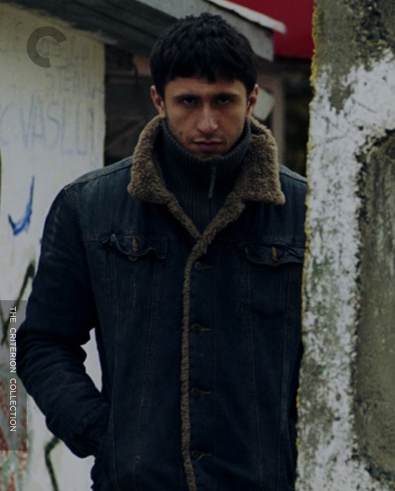 A lot of people are going to call Police, Adjective boring, and I am not going to pretend I won't be one of them. That said, I may be alone in declaring it boring and saying I liked it anyway. Is that possible?

Dragos Bucur stars in Police, Adjective as Cristi, a drug-enforcement officer who is on a case following high school students around, wondering where they buy their hash. He wants to see the chain through and arrest people who really deserve to go to jail; his bosses want him to pick up the pace and arrest the kids for using. Apparently, in Romania, smoking a joint on the street can get you up to eight years in jail. Cristi doesn't want to destroy a kid's life for something acceptable everywhere else in Europe, his superiors bust his balls, and he's forced to make a decision.

Pretty straightforward stuff, but director Corneliu Porumboiu (12:08 East of Bucharest) takes a lot of time hanging around the subject and wondering what it's all about. Long stretches of the film are devoted to Cristi silently tailing his subjects, and equally long chunks of time are given over to mundane tasks. Cristi eating dinner, waiting for a meeting, literally doing nothing. There is one scene where his wife plays a schmaltzy song three times in a row. One more, and I was going to get up and look for the pause button. 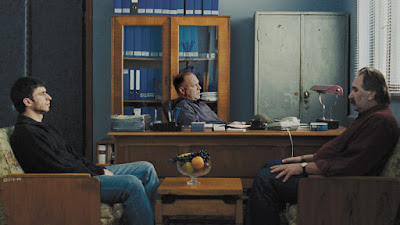 These things are dull, even if I can't say I was entirely bored. The real quandary is why they are even there. Isn't there more to this story than the cop's sullen routine? Porumboiu is apparently saying no, there isn't, and using these mundane scenes as an illustration of Cristi's predicament. There is nothing else, so why the fuss? Many will ask the same of this movie. Police, Adjective's saving grace in these sequences is its gritty realism and voyeuristic framing. Apparently, there is still something inherently intriguing about spying on other people's lives.

Cristi is kind of an interesting character, even if his actions aren't all that interesting. He is wrestling with an abstract concept, one his boss boils down to settling on the correct meaning of the words "law," "moral," and "conscience," and reconciling those definitions with the duties of the police. The closest Police, Adjective comes to a climax is a long semantic argument. It mirrors an earlier drunken debate between Cristi and his wife over that song, in which the officer is seemingly incapable of grasping the concept of poetic metaphor. Why can't things just be what they are, why must they be something else? It's the same schism he feels in his brain. Thus, is there any real question what he will do when faced with the same query? If you are police, be police.

Then again, isn't that "police" as noun? 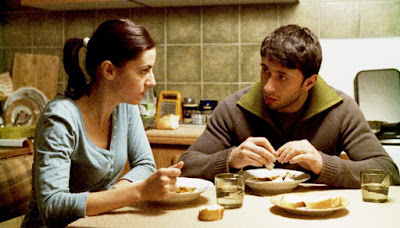