This review was originally written for DVDTalk.com in 2009's as part of a piece on Kino's Murnau boxed set. 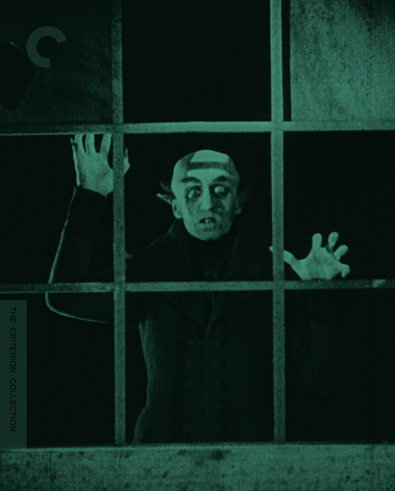 1922's Nosferatu: A Symphony of Horror is a wholly original cinematic beast. The prototype for virtually all vampire movies to follow, this unauthorized borrowing of the Bram Stoker Dracula novel is a frightful classic. With Max Schreck in the title role--the legend surrounding the performance later recreated by Willem Dafoe in Shadow of the Vampire--Nosferatu achieved a lower temperature of chills than the early movie industry was used to.

The story is likely familiar to anyone who has seen any of the many Stoker adaptations: young real estate agent Hutter (Gustav v. Wangenheim) is sent to a distant land to aid the bizarre Count Orlock (Schreck) in acquiring British property. Failing to heed local folk tales about the scary Nosferatu, Hutter goes to Orlock's castle and is soon trapped in the Count's nocturnal world. Seeing a picture of Hutter's wife, the strikingly beautiful Ellen (Greta Schröder), Orlock heads back to England to take possession of the woman, leaving dead bodies in his wake. 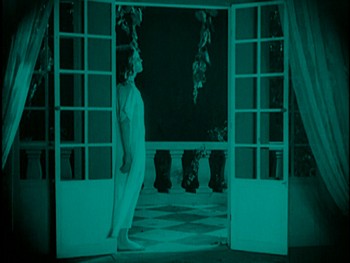 Schreck's amazingly perverse turn as the vampire, which was so believable that many have believed him to be a real creature of the night, is a wonder to behold. Wearing all kinds of prosthetics to elongate his features, giving him jagged teeth and demonic nails, he looks utterly inhuman without any of the cracks showing in the illusion. To see him rise up out of a coffin without aid or the use of his own limbs is a scary movie moment even now. Beyond Schreck's total role immersion, the thing that is most striking about Murnau's Nosferatu is it's all-pervasive atmosphere of terror. The director has created a rarefied world where nothing is as it seems and the scent of fear inches across every frame. He also employed clever and surprisingly convincing special effects to make Count Orlock a creature who is not bound by spatial relationships or time restrictions. Playing with film speeds, double exposure, and other early effects tricks, Murnau practically splits the screen in half, showing us the realm of the undead on one side and the more grounded reality on the other.

In addition to Schreck, Alexander Granach is fantastically mad as Knock, Hutter's boss and Murnau's version of Renfield. I was also quite taken with Greta Schröder, whose Helen comes off as more than a virginal beauty. Her dark hair and eyes give way to hints of a darker interior life, that there is something in this troubled woman that makes her compatible with the bloodsucker. She is not just drawing him in because of her beauty, but because maybe they are more simpatico than anyone realizes. 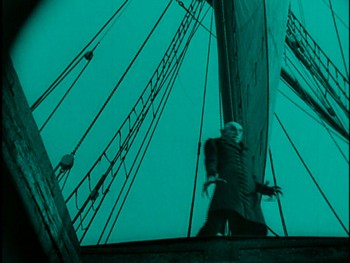 well, earning money is a bit tricky and hard sometimes. you really got to be very creative if you want to earn more:: mm romance