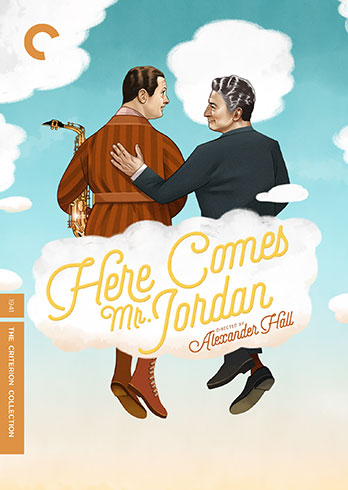 Films about the afterlife and how hapless shmoes interact with divinity seem to have had their heyday in the 1940s, when inventive filmmakers dreamed up new visions of heaven and wrestled with the concept of second chances. Perhaps it was the post-Depression, wartime anxiety at work, launching Frank Capra’s It’s a Wonderful Life [review] and Powell and Pressburger’s exquisite A Matter of Life and Death into the zeitgeist. Both were released in 1946, but five years prior Alexander Hall (Let’s Do It Again [review] was leading the way by introducing us all to Mr. Jordan.

Here Comes Mr. Jordan is the story of Joe Pendleton, a random renaissance man played by Robert Montgomery (Lady in the Lake, Ride the Pink Horse). I say random because Joe’s vocational hobbies don’t have much rhyme or reason. A boxer on the way to being the champ, Joe is also a pilot and a saxophone player. It’s because he insists on flying himself to his next match that Joe ends up in a tailspin that shuffles him off to the other side, lucky sax in tow. It’s there that Joe meets Mr. Jordan (Claude Rains, Casablanca, Notorious [review]), a sort of stand-in for Saint Peter and the coordinator for souls flying off to their final destination. Quite literally. In this afterlife, one does not travel to heaven via the stairs, but on an airplane. 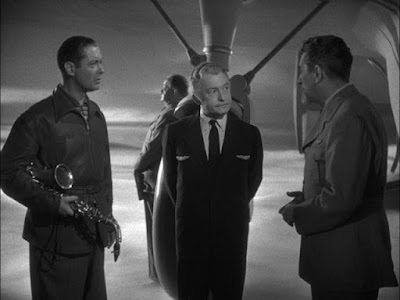 Turns out there was a mix-up and Joe was snatched too soon by an over-eager angel (longtime character actor Edward Everett Horton (Design for Living [review], It’s a Mad, Mad, Mad,Mad World). Joe was not meant to die that day, but the angel grabbed him before he could right his plane. More complications result from the fact that Joe’s body was cremated before he could be returned to it, and now the boxer is owed some 50 years of living. Mr. Jordan’s solution is to find him a new body, replacing him for someone else newly deceased. None of the options please Joe, however, he wants someone as fit as he was.

Mr. Jordan eventually plays on the boxer’s sense of right and decency, convincing him to take over for a rich man whose wife and trusted aide have conspired to kill him. By stepping into Farnsworth’s shoes, he can rescue poor Betty (Evelyn Keyes, The Lady in Question [review], Hell’s Half Acre) and her father, whom Farnsworth and his cronies have framed for lost millions. Joe quickly falls for the girl, and tries to change Farnsworth’s image, while also hoping to resume his boxing career, two destinies that are seemingly at odds with one another. Destiny is an important factor of Here Comes Mr. Jordan. If a man is fated for a certain life, how can he maintain that track when the circumstances change unexpectedly? Even in Farnsworth’s body, Joe knows that he is Joe, though only he--and us--sees himself as Robert Montgomery. No one else can see Mr. Jordan, either, leading to some expected humor about the crazy tycoon talking to himself. Mr. Jordan serves as a bit of a guide, leading Joe to make the right decisions, culminating in a surprising ending that gives the man a little bit of everything, while also giving him peace. Without spoiling too much, imagine a life where you know you are not you. It’s not exactly a fix for the injury done against Joe by cutting short his existence.

Hall’s vision of paradise--which it should be noted was initiated by writer Harry Segall in his play Heaven Can Wait, which Here Comes Mr. Jordan is a loose adaptation of--is rather simple. Smoke on the ground, an empty horizon--though, I suppose that’s actually purgatory, we never go all the way to heaven proper. It’s a calm place, and Jordan himself remains calm throughout, never caught off guard or swayed, a soothing presence meant to ease the anxiety that apparently follows us from life to death. Rains is a perfect choice for the role. His even-handed charm can be as inviting when he’s a good guy as it is unnerving when he’s a bad guy. In fact, in a later film, he would play the flipside of Mr. Jordan, serving as the devil giving Paul Muni another go-around in 1946’s Angel on my Shoulder, this time from an actual Harry Segall screenplay. Claude Rains clearly sees the thin line between good and evil and can perform equally well on either. 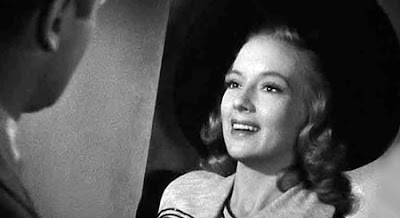 The actor’s cool demeanor serves as a nice foil to Robert Montgomery’s chatty palooka. It’s funny, Montgomery is an actor I enjoy, though I never find him convincing. Not in the way Cary Grant or Jimmy Stewart can always be themselves and yet also make me believe in their characters; Montgomery always strikes me as someone who is putting it on, rather than getting absorbed in it. It makes no matter here, though, as Joe is all forward energy, and Hall aims for a comic tone that is just a step or two shy of screwball, a perfect spot for Montgomery to operate in.

The movie itself is similar: charming, if sometimes a little threadbare or even rushed, particularly at the end, when the explanation for why Joe suddenly can’t be champ practically contradicts certain exposition that came earlier. There’s a convenience to the new rules that would be off-putting if the finale wasn’t so satisfying. Here Comes Jordan was such a hit that it would later inspire a sequel in 1947’s Down to Earth, replacing Montgomery for Rita Hayworth and Rains for Roland Culver (and with Hall once again behind the camera). Not having seen it, I can’t say if Hall makes as good with his second chance as Joe Pendleton does with his, but then, I guess that’s just another of life’s little mysteries I’ll get to eventually solve before moving over to the next world myself. (No, seriously, what if I literally die after watching it?!) 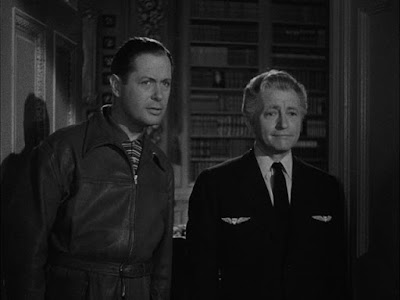 Note: This disc was provided by the Criterion Collection for purposes of review.