This past weekend, I was fortunate enough to attend the SanFrancisco Silent Film Festival, three days and four nights of movies spanning genre and international borders. Among the selections was one of Yasujiro Ozu's early efforts, That Night’s Wife, which also so happens to be part of the Eclipse boxed set, Silent Ozu - Three Crime Dramas.

I've had my eye on that collection for some time, and based on That Night’s Wife, it's one I should move to the top of my Eclipse wish list. Based on a Hollywood picture the director read about in a movie magazine, this lean melodrama blends the best of Ozu's family matters with a noirish crime story. When examining this 1930 release, one can neatly cleave these two elements in half, particularly as the criminal activity itself is relegated to the front of the narrative. 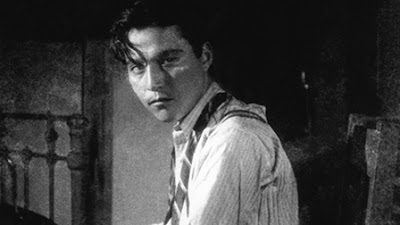 Tokihika Okada (Tokyo Song) plays Shuji, the distraught father of a sick child. Finding himself short of funds to pay the doctor bills, Shuji heads out into the night to commit a robbery. He gets the cash, but not before the cops get wind of his heist. A foot chase through the streets ensues, with the amateur thief ducking down shadowy alleys and into phone booths to get an update from the hospital. Ozu abstracts the crime, adopting a nigh-surrealistic montage of still shots and extreme angles, like a fragmented testimony of a traumatic experience. It's mostly more desperate than dangerous--though that does add some tension to the robbery itself. Like poker, crime is better undertaken by professionals. 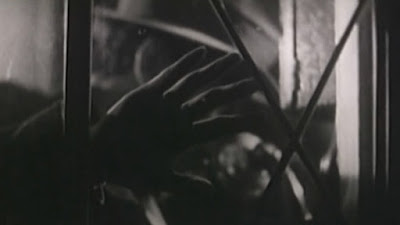 The second half of the movie is equally tense in theory, though less so in practice. Paced more like one of Ozu's post-War family stories, the back of That Night’s Wife is isolated to the family apartment where the little girl is convalescing. Shuji is followed home by a detective (Togo Yamamoto) determined to bring him and the money in. Some negotiating and the occasional metaphorical table turned buy the fugitive a few hours. The cop will wait to make his arrest until the doctor visits in the morning.

As nerve-wracking as that sounds, Ozu never leans heavily into the potential for violence. Everyone is more polite about it, partially to avoid waking the little girl, but mostly this is on Ozu. Perhaps were this a sound picture the dialogue could have bridged the gap, and we might better understand the meeting of the minds between the distraught mother and the cop. The main battle of wills here is not between Shoji and Detective Kagawa, but between the officer and the mother, Mayumi (Emiko Yagumo). As in many stories of this kind, the woman is the true backbone, holding together her family while her husband makes all the wrong choices. As an actress, Yagumo has an understated strength that makes her ideally suited for Ozu, so it’s surprising that she did not appear in more of his films (she’s also in Tokyo Song). Though Mayumi tries a thing or two more powerful than mere persuasion, like her husband, her amateur status gets in the way.

Still, there is a sunrise around the corner, and though some may find Ozu’s own lack of criminal acumen anticlimactic (and, indeed, the final scenes do drag out too long), there is something altogether pleasing about seeing this master tackle genre in his own inimitable fashion. 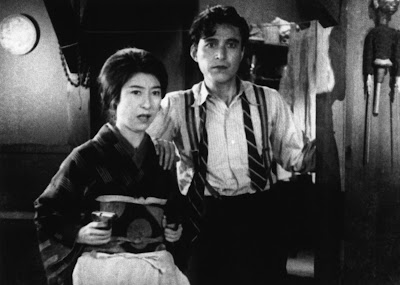