The plot is almost noirish in its conception. A mentally ill man is released from an institution only to discover his mother has given up his daughter for adoption, afraid her granddaughter will head down the same path as her son and unable to bear going through that again. The man goes looking for his little girl, but finds his illness is still an obstacle. Meanwhile, a private detective is also looking for the man, believing he is responsible for the murder of a different young girl.

It sounds like something that would have fit in nicely as an RKO B-picture ca. 1948, but the execution of Clean, Shaven, Lodge Kerrigan’s 1993 debut, is something altogether different. Rather than stylish shadows and expressionistic angles, Clean, Shaven is an impressionistic indie, intentionally unsettling, and ragged at the edges. 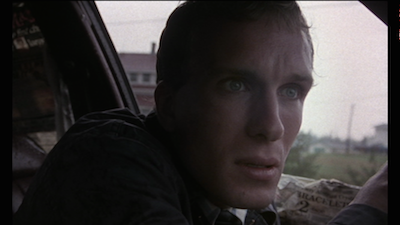 Peter Greene, a recognizable character actor probably best known for playing Zed in Pulp Fiction, stars as Peter Winter, the widower looking for his daughter. He believes that the hospital where he’s been a patient for the last several years put a receiver in his head and a transmitter in his finger, and as he searches the beachside town for his offspring, static-laden messages work their way into his brain. Kerrigan presents these as radiowaves, with the signal tuning in and out. The audio mix is key here. The director isolates different aspects of the soundtrack, turning up natural effects when the radio signal goes out, emphasizing Peter’s isolation and helplessness. Even when he is out of the hospital and free to roam, the elements contain him. Hahn Rowe’s haunted industrial music--included on the DVD as mp3s--likewise gives an added layer of disconnection, grating on the nerves and scraping at the ears. 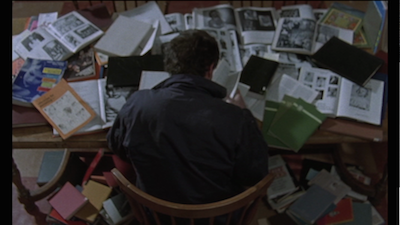 It’s a technique that allows Kerrigan to make the subjective point of view evident for his audience. There is no all-seeing eye here, every aspect of Clean, Shaven is only indicative of its current focal character. When we are with Peter, we see the world as he sees it; when we are following the detective (Robert Albert), reality belongs to him. The separation of the two means the viewer is never entirely sure of what is true and what is imagined. The detective’s beliefs are just that: beliefs. He is no more reliable than Peter. 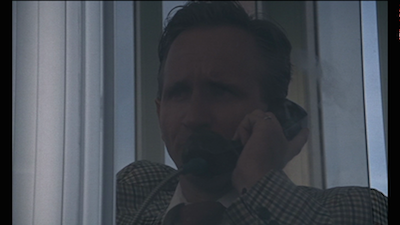 As the saying goes, just because you’re paranoid doesn’t mean they aren’t after you. Excepting the very real fact that one man actually is after him, it feels like everyone else is against Peter, as well. On one hand, it’s easy to see why he garners stares wherever he goes. He is acting oddly and emanating an uncomfortable energy. At the same time, as moviegoers, we are left to interpret how those people look at him, and in a way, see them through Peter’s eyes. Why do so many of the onlookers have malicious expressions? Are they part of the conspiracy to deprive Peter of his family? 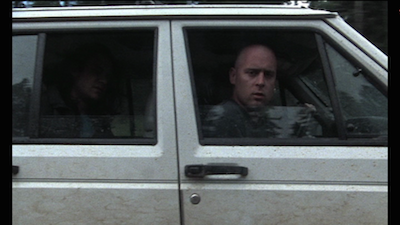 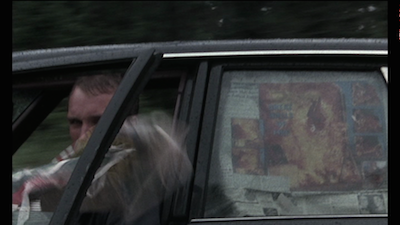 Greene gives an intense performance, and perhaps befitting the plot, almost seems like he is in a different movie than the rest of the cast. Clean, Shaven is a scrappy indie, shot over the course of two years, and most of the actors are not just first-timers, but one-timers, never to be in another movie again. Their lack of experience shows. Dialogue is stilted, and the action is slow. Except for when Greene is onscreen by himself. He is fully committed, both mentally and physically. He looks alternately lost and absolutely present, his blue eyes emerging from the fog of schizophrenia, almost as if they were afraid for their own well-being and are trying to escape from his skull. Kerrigan sets up a couple of harrowing sequences where Peter tries to cut the implants from his body to shut out the noise. These moments are bloody and gross, with visceral practical effects that will compel you to look away. 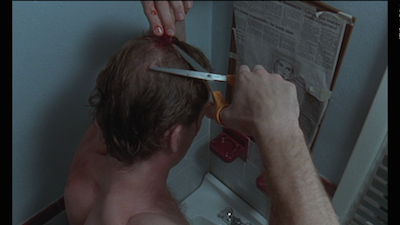 Without Greene, though, I am not sure how much there is worth showing up for with Clean, Shaven. As a character study, it works; as a narrative, not so much. The inevitable collision between the detective and his quarry seems like an easy out, and the denouement where we are left to question the investigator’s own grasp of reality seems tacked-on and unearned. The stuff about the adoption isn’t all that convincing either. The crime movie plotting never lines up with the internal drama, and it seems like Kerrigan includes these contrivances just to buy himself more time to do what he really wants. That the intense character stuff is what he--and his actor--are really good at makes sense, yet this imbalance also makes the intriguing Clean, Shaven unsatisfying. 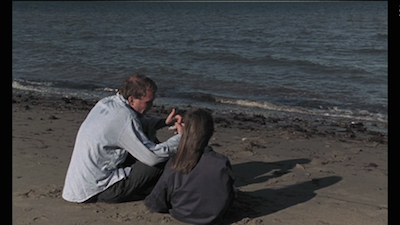