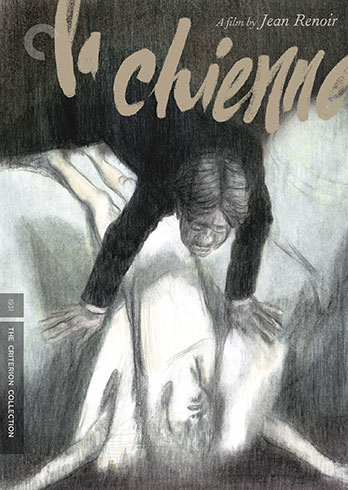 Jean Renoir had made nine films before he made his first sound picture, the 1931 comedy On purge bébé (Baby’s Laxative). His second, the more serious La chienne (The Bitch) followed shortly after, released the same year. Both are included on this new Criterion edition of La chienne, and they couldn’t be further apart in content, even if they do show the same confident, inventive storytelling.

In fact, La chienne shows its ambitions from the very start. Unlike many early sound directors, Renoir doesn’t sacrifice camera movement for audio. The narrative is framed as a puppet show, with Renoir referencing the classic tropes of Punch and Judy and the constable caught between them as a set up for his lover’s triangle, before cutting to his second shot, a dish riding up a dumbwaiter, being taken out, and served to a group of accountants out on the town for the evening. Entering as we do through the dumbwaiter, we are practically crawling through the screen. Renoir is serving up his movie, evoking the familiar and luring us in with his tantalizing ingredients. 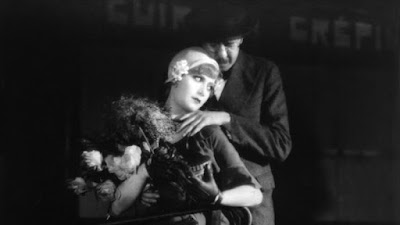 Those ingredients are a pimp, his girl, and the sad middle-aged man that picks the wrong time to do the right thing. Legendary French actor Michel Simon (L’Atalante [review]; The Two of Us [review]) plays Maurice Legrand, one of the accountants whooping it up for the night. Except he’s not. Legrand is the office joke, a notorious wet blanket, and a henpecked husband. No one takes him seriously, much less his dreams of being a painter. Yet, when he comes across Dédé (Georges Flamant, The 400 Blows [review]) beating on Lulu (Janie Marèse), he steps in and pushes the man off. Lulu chastises him, defending her abuser, but then enlists Legrand’s help further. In this surprising white knight, she’s spotted a predictable sucker.

From there, she stokes Legrand’s desire, getting him to put her up in an apartment and playing the role of his mistress. When his meager allowance and the money he steals from his wife (Magdeleine Bérubet) proves insufficient to support Lulu and Dédé, whom Legrand naturally has no idea is on the payroll, the shady pair resorts to a scheme where they sell Legrand’s paintings, passing Lulu off as the artist. 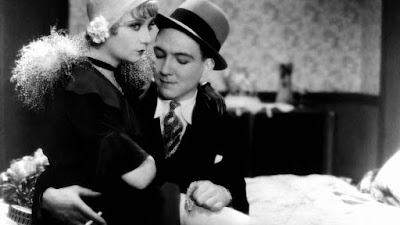 If the plot sounds a little familiar, it might be because Fritz Lang would remake La chienne several years later as Scarlet Street [review]. While Lang’s version would be invigorated with the salacious tang of film noir, Renoir’s original mined the seedy side of Paris life for a far more interesting dynamic. While his story has the trappings of a good potboiler, it also takes a serious look at abuse, with Flamant playing Dédé as purely selfish and wholly dishonest, building up Lulu only to tear her down through denial and violence. It’s a dark, unromantic portrayal of a pimp, all false swagger and despicable bluster. Juxtaposed with this is Legrand’s own abusive relationship: his wife verbally lays into him every time he goes home. While that subplot will have a more comic outcome, things can only go bad for those tangled up in the main story. 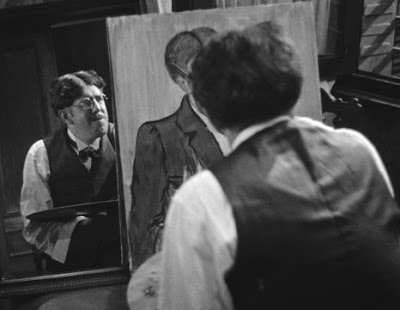 Michel Simon, as ever, is fantastic. In some ways, his performance as Legrand calls to mind Takashi Shimura in Akira Kurosawa’s Ikiru [review]. Simon shows a similar reserve, pulling back to create an image of a shy, but relatable man who often gets ignored or passed over. That both men in these movies find some comfort with a younger woman is a whole other thing, perhaps to be explored at a later time; here, the more important aspect is how the relationship emboldens the older man to stand up for himself, while also challenging the audience’s judgment of him. On one hand, we want him to be happy, but on the other, we lose faith in Legrand as he lies and steals and lets himself be taken advantage of.

Renoir stages his climactic scene with a touch of irony. When Legrand confronts Lulu, their disagreement is soundtracked by a live band playing in the streets below the window of the love nest he has provided. Their song is a romantic one, even as what happens far above, outside of eye and earshot of the gathered crowd, is anything but. If La chienne were a noir, this would likely be the end of it, but Renoir is curious how everything else will play out, showing us the full extent of the consequences for all involved, down to a short epilogue jumping ahead several years. Noir is about the hard end, there is not much carrying on from the bad decisions everyone makes; Renoir’s view of life is far more generous, and also more sad. 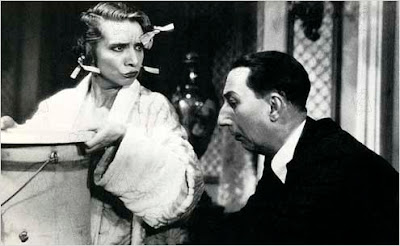 No such sadness creeps into the other feature, On purge bébé, a short comedy (just under an hour) adapted from a play by Georges Feydeau. Michel Simon has a part in this film, as well, playing Chouilloux, a well-connected politician who is the guest of Follavoine (Jacques Louvigny, Hotel du Nord), a porcelain manufacturer intent on convincing Chouilloux to give him the contract to supply the French Army with chamber pots. Uncooperative in this endeavor is Follavoine’s wife Julie (Marguerite Pierry), who is more concerned with their son’s failure to go to the bathroom. Much of the movie is the husband trying to convince his spouse to get dressed for the lunch with Chouilloux, his wife, and her lover, while Julie is trying to convince their son, a.k.a. Baby, to take a laxative. There is also much business with chamber pots and slush buckets, and even some mild slapstick surrounding the mineral oil.

On purge bébé is harmless and silly, if a little uneven in pacing. The humor is overly chatty, and perhaps lost to time and translation. Simon is excellent, though, playing a more genial and bumbling fellow than we have otherwise become accustomed to from him. For more on the relationship between Renoir and Simon, this disc also has a 1967 television documentary featuring the two old friends looking back over their collaborations. It is directed by Jacques Rivette, and rounds out what is an impressive presentation of both films. The restorations of La chienne and On purge bébé are fantastic. Fans of European comics will also appreciate the new cover and interior poster by Blutch, whose graphic novel So Long, Silver Screen is a must for all cinephiles. 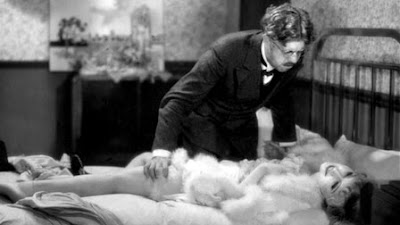