"I like telling the story of life better than living it." - Spalding Gray 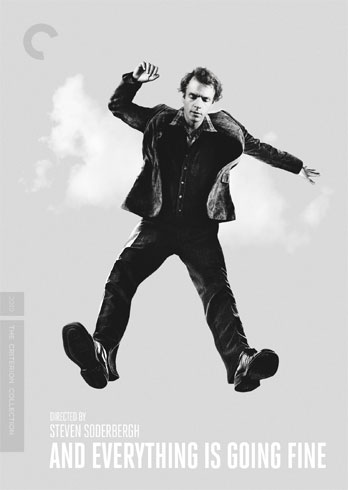 Spalding Gray left this Earth in January of 2004, after struggling for several years following a horrific car accident in Ireland. We see the effects of that accident at the tail end of And Everything is Going Fine, Steven Soderbergh's documentary tribute to the actor and writer. He is clearly in pain, and he no longer looks himself. It's a sad finish for a man who otherwise pulled wit and wisdom out of what he termed the great accident of life.

Gray was a struggling actor until his one-man monologues started getting notice in the 1980s. His watershed moment was Swimming to Cambodia

, a stage show based on his experience filming The Killing Fields

. Gray developed his own kind of theatre--just himself and a desk and a microphone, talking about his life. Several films were shot of these different monologue programs, including 1996's Gray's Anatomy, also directed by Soderbergh. It's often said that the performer's only subject was himself, but as Everything is Going Fine demonstrates, his real subject was the world and the people whose paths he crossed. He even hosted nights where he would sit on stage and interview audience members, as curious about their story as they were about his. 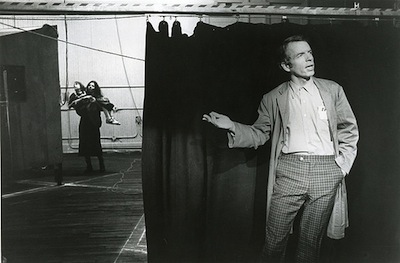 Soderbergh assembles And Everything is Going Fine from various taped performances and interviews, using Gray's own words to fashion a new monologue in order to come to a deeper understanding about the man and share it with a new audience. There is no linear time continuum to how Soderbergh uses the footage, he jumps from one year to the next and back again without any concern for how Gray's physical appearance or the condition of the tape might cut together. What's important in And Everything is Going Fine is the words. The splices create a narrative that takes us from Gray's early childhood and the peculiar fears and philosophies passed on to him by his mother, to how he caught the acting bug and eventually developed his art. We also hear how the restless neurotic eventually found grounding in family after the birth of the first of two sons. That son, Forrest, even contributes music to this movie about his father.

Taking a cue from his subject, Soderbergh searches out the coincidences in Gray's life, and he finds the echoes of events that haunted the great thinker as he trundled forward. An ongoing concern with his mother's madness and own suicide have unsettling reverberations when you know how Spalding Gray eventually died, as do regular references to water. In describing Ireland after the accident, he noted that he could find no bodies of water when he arrived at the Irish countryside. He oriented himself wherever he traveled by the lakes, rivers, and streams. Clearly he had to know what kind of synergy he was creating in his final act. Not that Soderbergh goes there. How could he? There was no way for the monologist to provide commentary about his own suicide. 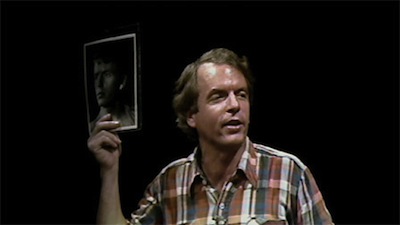 The concept of And Everything is Going Fine is so simple, there's not much more to describe about it. The documentary is a scant 90 minutes, the average length of Gray's shows, and it manages to never appear hurried but it also never fails to be interesting. I know the impulse to reject such a thing, I passed up seeing Gray's Anatomy in its theatrical run because I didn't understand why anyone would care to see one person talk about himself for an hour and a half. Reject that impulse instead of refusing the movie. And Everything is Going Fine is wonderful viewing. There is much you will pull out of what Spalding Gray has to say, much to carry with you when the movie is over, and despite the tragedy that befell the man, he still manages to make all of us feel like it really will be fine in the end. 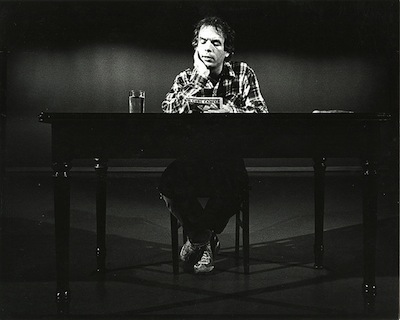 This is primarily end result of} variance within the slot machine’s pay table – which lists all of the winning image combos and the variety of credit awarded for each. While the pay table is visible to the player, the probability of manufacturing each winning image mixture stays hidden. Of course, these chances are a important determinant of the house benefit – that is, the long-term value of the wager. Forces of morality and the clergy, and then of regulation, incessantly opposed the operation of slot machines. By the time San Francisco banned them in 1909, there 메리트카지노 were some 3,300 slot machines within the city.