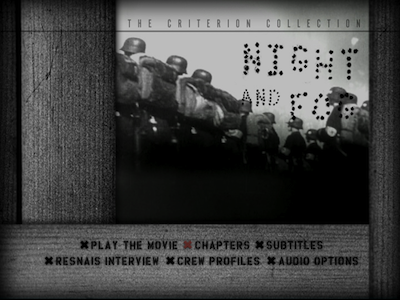 If Memorial Day is about remembrance, then one should remember clearly and accurately. Maintaining a properly attuned record of history is the purpose of Alain Resnais’ 1955 documentary Night and Fog, a short but potent chronicle of the Nazi concentration camps, from construction to destruction. From the very opening, Resnais seeks to remind us that the atrocities perpetrated in WWII are not an example of extraordinary human circumstance, but born of something more common, more baseline, something primal within ourselves. Resnais states it from the very start: All roads lead to human cruelty, whether intentional or not, and we must be vigilant to make sure the worst paths are never obscured. 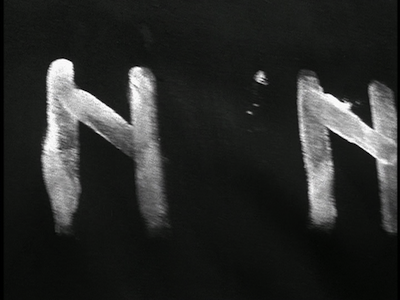 Night and Fog is built around what was, at the time, contemporary footage of the closed camps. The grass was growing over the rubble, the sun was shining on the wreckage as if nothing had ever happened. For all intents and purposes, the ruins could have been any working community that had been shut down--and using archival footage and photographs, Resnais shows us that, in their way, that’s exactly what the death camps were. The Nazis established their own normalcy. The imprisoned had structure. There was commerce, labor, and politics.

And there was also brutality and humiliation. Resnais eases us into the true horror. His narration is matter-of-fact, Hanns Eisler’s music is at times jaunty, underscoring the dark comedy of a death mask. “We must live with this, as we do everything else,” Night and Fog seems to say. “This is what was, and this is what is.” Clarity is essential. 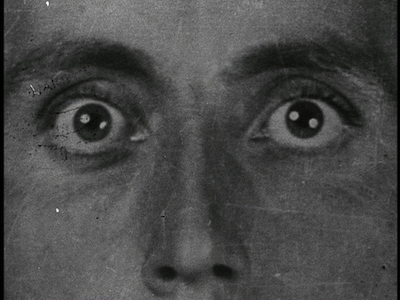 Yet, as the film takes us deeper into the lifecycle of the concentration camp, the presentation ever so subtly shifts. There is no denying the gruesome facts. People died. They died horribly. The perpetrators presented an ordered front, but behind that were the worst things you could imagine. Resnais’ point seems to be that this is the easiest aspect to forget. As history becomes comfortable, as we get used to the past being the past, the mind glosses over the jagged edges. Two years prior to Night and Fog, there was Stalag 17--a good movie, but one that must have seemed unimaginable to many. A concentration camp comedy! And one with no Jews, no ovens, no mass graves! Night and Fog is the antidote to such flippancy.

Memorial Day can often give over to rah-rah sloganeering--which, let’s not get it wrong, it’s not the same thing as honoring the soldiers or paying tribute to a good fight and hard victories. Those things should be remembered, too, but not at the exclusion of the other side. We should consider the cost of war, the price paid by those who participated, be they soldier or civilian. You can watch a John Wayne movie, you can watch Saving Private Ryan, but you should also watch Night and Fog. Its chilly denouement will make the heroes of those other films seem all the more heroicyou’re your considering what their sacrifice was for. 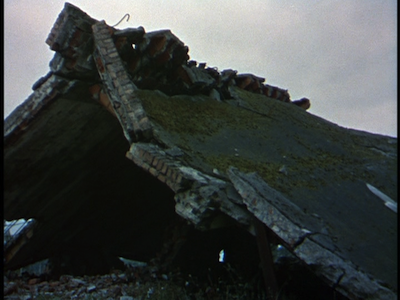 It is always important to view films like this, to remind us what must never be repeated.

"Stalag-17" and the later and more flippant "Hogan's Heroes" were about POW camps (ones for western enemies), NOT the Nazi death camps.