This review was originally written as part of an overview of the Alfred Hitchcock Premiere Collection in 2008. 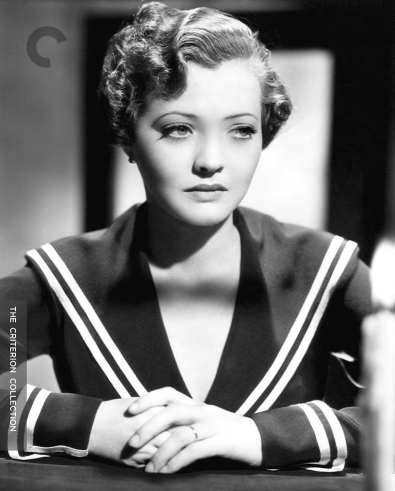 Based on a novel by Joseph Conrad, Alfred Hitchcock's 1936 spy thriller Sabotage seizes on the paranoia that was infiltrating British life in the preamble to WWII. Oskar Homolka (Mr. Sardonicus) plays Verloc, an immigrant who runs a movie house in London with his young American wife, Winnie (Sylvia Sydney, You Only Live Once). Verloc is rightfully suspected to be a saboteur, and a gregarious agent of Scotland Yard, Ted (John Loder, Lorna Doone), is staking out the theatre from the grocer's next door. He makes friends with Winnie and her little brother Stevie (Desmond Tester), getting closer to them as he gets closer to the truth about Verloc.

Sabotage has one failing, and that's that we maybe see too much behind the scenes as to what Ted and Verloc are up to, which in some cases takes some of the suspense out of the situation. At other times, it helps to amp up our tension, however, since we know, for instance, what is in the dangerous package that Verloc sends out with Little Stevie. Hitchcock's depiction of terrorism has a haunting, on-the-ground quality, with the threat placed amongst an unsuspecting public. It could be any of us riding the wrong bus on the wrong day. The director's visual representations of grief and guilt are also quite effective, with Winnie's nervous visions working quite well to create an aura of sadness and anxiety. 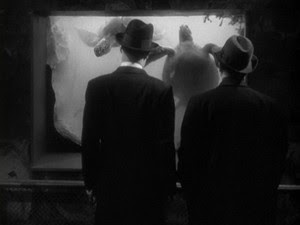 Sylvia Sydney is quite fetching as Winnie, giving her some of that American moxie we expect from movie heroines of the period, but also sublimated by her dependence on Verloc and the sacrifices she will make to take care of her brother. Oskar Homolka is also very menacing as the nervous, morally conflicted saboteur. His motivation is primarily money rather than any national pride (there is little indication of what country he is actually from), and his lack of belief actually makes him more despicable. John Loder is the weak link, trying too hard to be the amiable joker. Even if that's his agent's cover, it doesn't quite work.

Even at this early stage, Hitchcock is already honing his skill at building suspense, cutting back and forth from the various participants to keep us guessing as to what is actually happening. Verloc's main plot is staged with a time deadline, and as Hitchcock unravels the scheme, he ups the personal stakes for the audience to make us even more fearful of the outcome. He also has some fun taking jabs at the movie industry and the demands of its audience, noting our voyeuristic bloodlust and our belief in a new breed of hero through the choice of movies booked at Verloc's theatre.