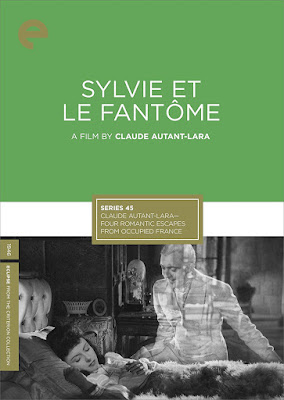 There are many interesting cinema stories from Occupied France, the period of WW2 when the Germans controlled the country and everything in it, including the film industry. There were fictional films made under Nazi supervision, some of them sneaky parables of the times (Clouzot’s Le corbeau), or later dramatizations. of those who resisted (Melville’s Army of Shadows [review]). Then there were the real stories, the nonfiction travails of those who labored under the watching German eye--touched on in Tarantino’s Inglourious Basterds [review] and examined in detail but without much insight in the documentary Sold Out!: Cinema Under Occupation (previously available on Filmstruck).

One of the more intriguing aspects touched on by Sold Out! is the popularity of light fantasies as distraction, serving a dual purpose of alleviating everyday woes while also pleasing the occupiers by not fomenting dissent. One of the more popular--though it actually went into production just after the liberation--was Sylvie et le fantôme (Sylvia and the Ghost), based on a stageplay by Alfred Adam and directed by Claude Autant-Lara, a filmmaker whose career blossomed during the Occupation. This period of the director’s oeuvre is the subject of the Eclipse boxed set Four Romantic Escapes from Occupied France, of which Sylvie is the last. 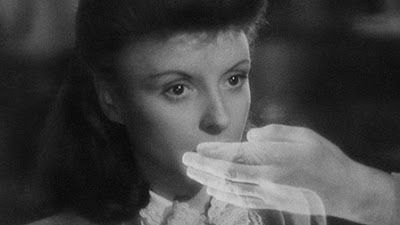 An enjoyable romantic lark, the film features Autant-Lara’s regular star Odette Joyeux as the titular Sylvie, a sixteen-year-old girl fixated on the story of how her grandmother’s lover died in a duel with a man meant to be her husband via arranged marriage. The dead man, known as “the White Hunter,” was memorialized in a painting hanging in the family home. When Sylvie’s father (Pierre Larquey, Diabolique [review]) sells the painting the day before the girl’s birthday, he attempts to make up for the sadness it causes her by hiring an actor to play the ghost of the White Hunter to deliver her a birthday message and keep the magic the art inspired alive. Little does he know that he’ll get more ghosts than he bargained for--including the real Hunter, played by none other than Jacques Tati, M. Hulot himself, in his film debut.

Dear ol’ dad does get the real actor he hired to don the white sheets, an old man of the stage (Louis Salou, Children of Paradise), but his arrival is mixed up with two potential suitors for Sylvie--the art dealer’s son, Frederick (Jean Desally, Le doulos [review]), and a burglar he interrupts, a fellow called Branch (Francois Périer, Gervaise [review])--causing one fake ghost to become three. Never mind that Frederick was sneaking into Sylvie’s bedroom in the middle of the night when he catches Branch; or maybe do mind, since it’s this fact that prevents Frederick from admitting neither he nor the burglar are supposed to be there. Both boys meet Sylvie by chance--Frederick the day before, Branch the night of--and neither told her his name. Thus, when they are haunting their would-be paramour and compel her to admit she loves a man amongst the living, they can’t be sure which of them she is referring to. 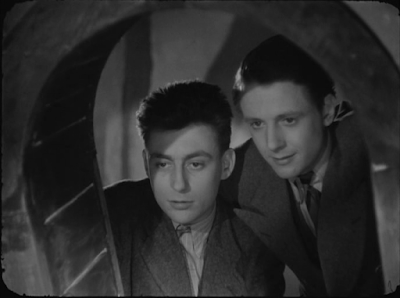 Sylvie et le fantôme definitely has elements of farce and screwball comedy, but its tone and presentation lean more toward light costume drama than Hollywood slapstick. Even Tati is pretty subdued here, wandering the scenes as a transparent apparition, never engaging with anyone but the family canine, who barks at the Hunter’s own ghost dog. To Autant-Lara’s credit, he pulls off some pretty impressive practical effects, using double exposure to place Tati in the scene and have him manipulate “real world” props. The quality of the illusion helps sell the absurdity of the characters in the film not only believing what are obviously men in bedsheets to be specters, but also being frightened to see them. The best recurring gag is actually when Tati keeps trying on the costume himself, only to have it fall off when he walks through walls. 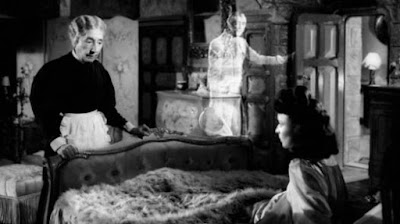 Outside of that, there are few laughs in Sylvie et le fantôme. And it’s not altogether romantic, either. The potential lovers don’t spend much time together and so never develop much chemistry. On the contrary, the relationship that gets the most screentime is Frederick and Branch’s. Even so, Autant-Lara’s light touch and likable cast means that Sylvie et le fantôme is charming regardless of its insubstantial script. It makes for a pleasant afternoon’s viewing, and should appeal to fans of other ghostly fair like Topper or The Ghost and Mrs. Muir.

Which makes it easy to understand why it would have been popular with French moviegoers in 1946. Ghost stories are often about yearning for something lost, and in this case, about simpler times, when it was easy to believe in something fantastic and forget everything else--even if just for 98 minutes. 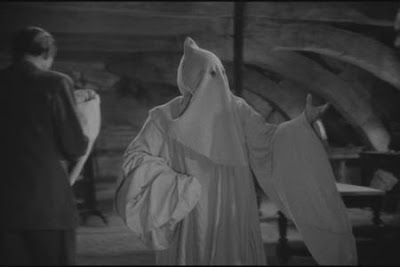