AN AMERICAN IN PARIS - FILMSTRUCK

In honor of Filmstruck and TCM naming Leslie Caron the Star of the Week, I'm de-archiving some old reviews. Original source from 2008. 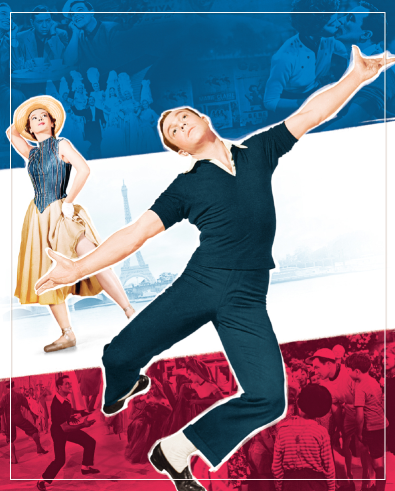 An American in Paris is the movie that finally forced me to admit that I really did like musicals. Adolescent stubbornness had made me declare that all musicals were corny, and as a genre, I had no time for them. Even then, though, I had a few that I would insist were merely the exceptions to prove the rule. That changed when I saw some movie program or other, the source of which is now lost in my memory, that showcased the 18-minute-plus ballet sequence that closed the 1951 Gene Kelly vehicle. The commentators praised the guts that Kelly and director Vincente Minnelli displayed in asking their audience to watch a full dance sequence, with no dialogue or sung lyrics, based around a Gershwin orchestral piece. I was sufficiently intrigued to check the movie out, and An American in Paris forever changed how I viewed movie musicals. 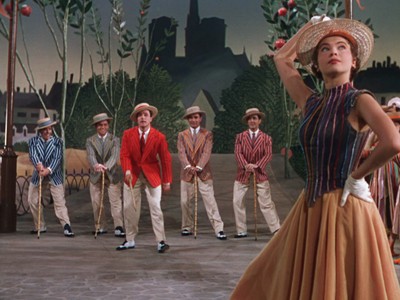 As legend has it, George Gershwin's "An American in Paris" suite was the sole impetus for doing this movie. With the song and its title in hand, producer Arthur Freed went off to create a picture about an American artist living in post-War France, working in as much of the Gershwins' famous catalogue in as he could. One of the requests the songwriting duo made when setting up the deal for the adaptation was that "An American in Paris" remain intact and played in full, and this fit perfectly with the already in-place plan to include an extended dance sequence in the movie. Reportedly, Gene Kelly used the Powell & Pressburger film The Red Shoes [review 1, 2] to convince MGM that it could be done, and once everyone had signed off, a classic was born.

In An American in Paris, Kelly plays Jerry Mulligan, a veteran who stayed in France after the war to pursue a career in painting. Living in a Bohemian quarter of Paris, he is friends with other ex-patriots, including the jazz pianist Adam Cook (Oscar Levant). Adam provides Jerry with a comedic sidekick, as well as an added reason to launch into the occasional song-and-dance routine. Not that Jerry needs such a concrete reason to burst into song. Any everyday event will do. In one of the most memorable sequences of the film, he decides to turn an English lesson he's giving the neighborhood kids into a lesson in George and Ira's "I've Got Rhythm." The children chant the "I Gots," and Gene does the rest. 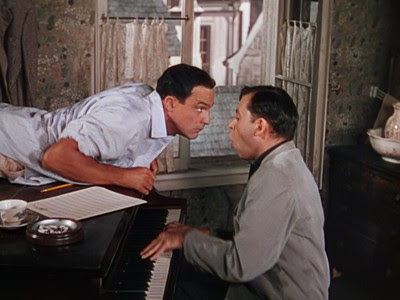 On a broke afternoon, Jerry takes some of his canvases to the open market to try to drum up some cash. There he meets Milo (Nina Foch), a wealthy American divorcee who takes a shine to his paintings and to their painter. She becomes Jerry's patron, though she has a little more than art on her mind. The pair agrees to disagree on the subject of romance, which doesn't mean that when Jerry becomes enchanted by tres jolie ingénue Lise (Leslie Caron), it doesn't cause trouble. Not only is Milo jealous, but Adam's friend, the French singer Henri Baurel (Georges Guetary), would have cause to be jealous, as well, if he knew what was going on. Lise is his girl. Cue the collision of dueling love triangles! 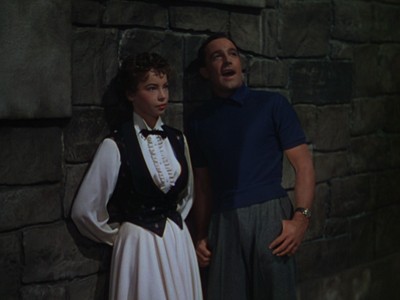 An American in Paris is at times a big, sappy romance, as well as a silly comedy trading on old vaudeville routines and Gene Kelly's rubber limbs. The story is as thin as the odor eater's in the stars' tap shoes, but it matters little. Vincente Minnelli keeps the pace moving, never taking too long between songs, giving us a variety of Gershwin numbers in a variety of tempos and styles. We get the slow and romantic "Our Love is Here to Say" when Jerry is serenading Lise along the Seine, as well as the peppy "Tra-La-La (This Time is Really Love)," with Jerry mugging alongside Adam while straddling his piano. Also quite funny is Oscar Levant's solo scene, playing every member of the orchestra in a daydream where he performs a Gershwin concerto to an enthusiastic crowd of people who aren't just like him, but are him. (Yep, he plays the audience, too!) The all-around tone of the film is jaunty, with gorgeous sets and likable actors strutting their stuff without a whiff of self-consciousness. Declaring that they don't make them like An American in Paris anymore wouldn't be a cliché, it's a simple fact. 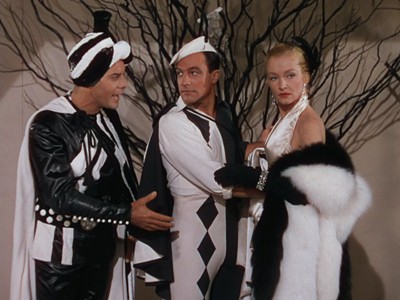 And, of course, even if the first 94 minutes of the movie are two syrupy for your tastes, you can still appreciate the audacious artistry of the "An American in Paris Ballet." In an explosion of color and energy, Kelly recreates the entire movie as a ballet that plays out in his character's mind. Believing he has lost Lise to Henri, Jerry mulls over his short time with the girl, seeing Paris as a city alive with dance, and his romantic quarry as an uncatchable sprite leaping through its streets. It's as much a celebration of being in love with the city as it is a celebration of being in love with the girl. In fact, the whole movie is about being in love with the art, the food, and the freedom to live life according to one's passions. In the ballet, we see abstract representations of things that have made Paris great, from its personalities and architecture to sets and costumes that mirror the styles of famous French painters, including Kelly jumping into a Tolouse-Lautrec painting (Chocolat) and bringing it to life. It's a glorious summation of what preceded it, while also gently paving the way for the ending Jerry couldn't dare dream of. 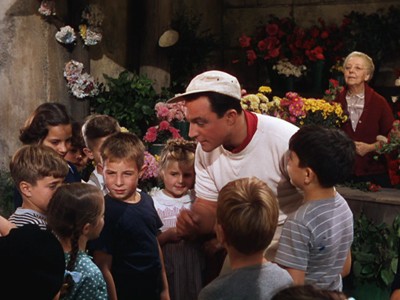