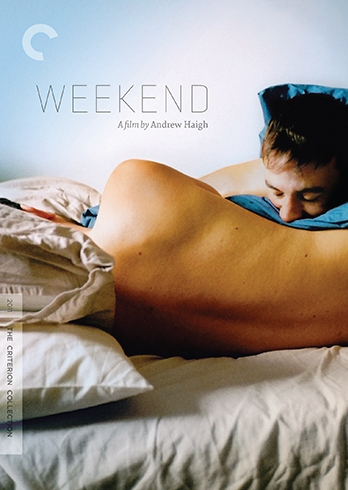 A chance flirtation that leads to a one-night stand ends up as a weekend-long affair that should affect both men involved for a lifetime.

Knightfall’s Tom Cullen plays Russell, a lifeguard in Nottingham, England, who lives a semi-closeted life alone in a high-rise flat. One night he leaves a gathering of his straight friends to go to a gay bar, where he spies Glen (Chris New). Though Glen doesn’t appear to return his interest, cut to the following morning, and the two have spent the night together. As is his wont, Glen tape-records Russell’s impressions of the previous evening’s activities for an art project he’s developing where men he sleeps with speak frankly about their sexuality--something he says gay men rarely happens in public. Straight society being as pervasive as it is, real talk about other types of sex are stifled. The conversation stirs something in both men, moving their connection from a fling to something more substantial. 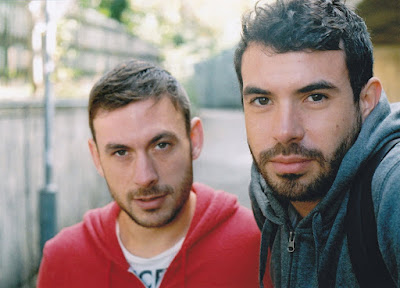 Weekend is the debut feature of 45 Years-director Andrew Haigh [review], and in its way, it is the realization of the fictional Glen’s proposed ambitions. A sort of gay Before Sunrise, Weekend is an intimate glimpse of the private affair of two lovers who never expect to be together, and indeed, know that they can’t. Glen is going to leave England for America on Monday. So, the pair packs as much into their 48 hours as they can--including an extended night together, staying up and getting plastered, sharing memories, and revealing their hidden secrets. And it’s not just about their feelings and desires, but frank conversations about the sex they have had, separately and with each other. Glen being who he is, no personal act can pass without some rearview scrutinization.

The dynamic between the two men fits the paradigm of most romantic movies. One lover, Glen, is outgoing and dynamic; the other, Russell, is more shy. In this case, though, it informs who they are in ways that are different than the heterosexual paradigm. Glen’s openness has allowed him more experiences, while Russell’s reserved nature means he has kept this aspect of his life mostly to himself--and that affects how they fit not just within gay culture, but the straight world, as well. That said, Haigh doesn’t do anything as predictable as suggest that one knows himself better than the other. For Russell and Glen, how they choose to live their lives not only fits their personality for the good, but in the negative sense, it creates a certain barrier, a façade they can hide behind. And in both cases, that gives them an “out” when it comes to lasting intimacy. Both are avoiding long-term relationships for individual reasons, and both end up proving dangerous to the other’s perceived emotional safety. 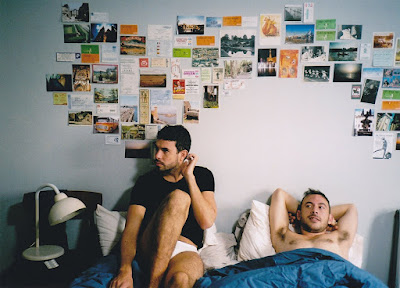 Like Richard Linklater before him, Haigh doesn’t contrive typical plot machinations to keep his narrative going. Weekend doesn’t have a MacGuffin that the director can keep calling back to, nor do the characters end up in predictable situations to force reaction or change. Rather, conversation carries the action--though Weekend is less talky than Before Sunrise. Sure, the chatter turns to personal philosophies as the men share their histories, but they aren’t pondering bigger truths like third-year communications majors as a matter of course. They don’t even appear to be trying to impress one another with verbal or mental gymnastics; they are just getting along. Both Cullen and New are comfortable not just on screen, but with one another, erasing any impression of either script or improv from the their performance and instead just being.

Haigh and his tiny crew achieve a similar feeling visually. The camerawork is observational rather than designed. Photographed entirely on location, the public scenes often appear to be shot on the fly. It’s hard to tell if the other people are extras or just passersby. In the film’s emotional climax in the train station, watch the folks moving around the actors. Many appear to be aware that Russell and Glen are the focal point of something (presumably that big camera just over there). Even more fascinating is the careful, slow zoom towards the pair as they say goodbye, shot from the other side of the fence, some of the dialogue drowned out by natural ambience. Are the off-screen reactions we here from unseen commuters real or planned? It doesn’t really matter in the long run, but it’s indicative of just how immersive Weekend’s reality turns out to be. 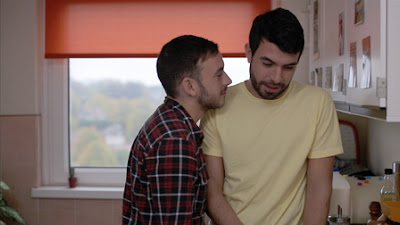 Similarly, the physical connection between the actors appears to be just as real. Their lovemaking appears spontaneous and full of passion, serving as punctuation to the emotional connections they form. Here, Haigh is doing Glen one better--he’s not just talking about gay sexuality, he’s showing it.

In the end, however, for anyone watching Weekend, the sexual orientation of its main characters will not be as important as the humanity they share. Such is the importance of representation, and it’s where Haigh’s realism truly counts. Like another of Linklater’s films, Boyhood [review], the absence of typical screenwriter cause-and-effect means we forget the set-up and become fully invested in the lives being witnessed, moving us past pretense and preconceptions to feel something more profound. A good romantic film should leave us feeling more invested in the very idea of love than we were when we started the picture. It doesn’t matter if the lovers end up together--no one would call Roman Holiday [review] lacking in romance, for example--but how they end up in the perception of the viewer. In this, perhaps above all, Weekend is immensely successful. Were there to be a sequel, an Another Weekend, we would care how Glen got on in America, and who Russell ended up with next, and if such a sequel never come, then fine, because they will remain with us--and with each other--all the same. 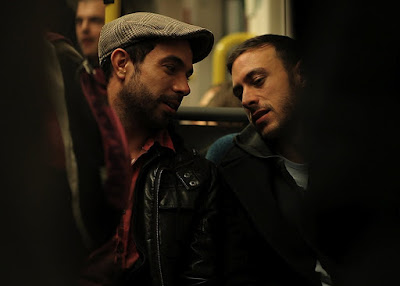