This review was originally written for the theatrical release of Boyhood and published on DVDTalk.com in 2014. 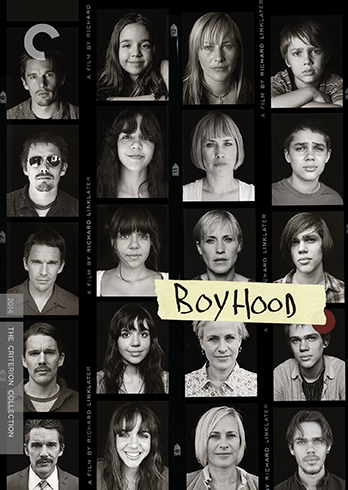 When we left the screening of Boyhood, one of my friends mentioned that he was sort of prepared to be impressed by Richard Linklater's twelve-year experiment regardless of whether it was good or bad, just because he took it to completion. I hadn't really considered that. I know I was pretty excited by the idea myself and was somewhat predisposed to like Boyhood, but even accepting that, I feel pretty confident the film wasn't something I was automatically prepared to give an A for effort, it would have mattered if it sucked. When you consider say, an entire TV season like the recent runs of True Detective or Fargo, they are just as much work, there is an equal amount of investment. The only thing separating them from other TV shows is their quality. Did you make it through John from Cincinnati and not declare it a colossal waste of a lot of people's time? What about the extended experiment of an arty film like Godfrey Reggio's Visitors [review]? The nature of his endeavor couldn't overcome the agony of watching the final cut.

Of course, whether or not Linklater would have or should have gotten a free pass is moot since Boyhood doesn't suck. It doesn't waste the time of the participants or the viewers. It's an experiment that pays off. Over and over. 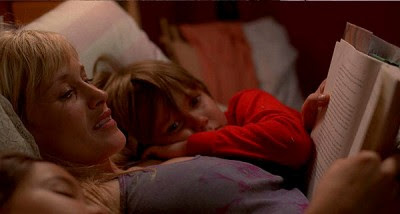 For those not in the know, Richard Linklater, the man who gave us Dazed & Confused [review] and the Before Sunrise series [review], began shooting Boyhood in 2002 when his young lead, Ellar Coltrane, was 7 years old. For the next twelve years, the director gathered his cast back together and shot a few more scenes in the child's life. Coltrane was playing a young Texan named Mason, growing up with a single mom (Patricia Arquette, True Romance) and his older sister (Lorelai Linklater), with occasional visits from his dad (Ethan Hawke, The Purge [review], Before Midnight). Each year, Mason is a little bit older, a little bit different, morphing into a young adult while we watch. Linklater finally stopped shooting Boyhood when Coltrane turned 18. 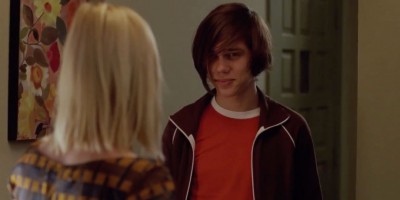 The resulting narrative, fashioned by the director and his longtime editor, Sandra Adair, covers the changes the family goes through, but with a particular focus on Mason as he navigates school, peer pressure, bad stepfathers, and just trying to figure it all out. Individual moments are fantastic. Dad is kind of a pretentious doofus, the sister goes from being a brat to acting as her brother's sometime confidante, and the awkward teen years are full of generally too-accurate awkwardness. If you end up hating Boyhood and wondering why so many critics love it, it's because we were all smarty-pants youths who thought we had a unique and profound perspective on what was really going on, and so Mason's emo decoding of the meaning of his own existence is too painfully real for us to ignore. We have a twinge of "yup, I was that much of a dumbass, too." (Sadly, I think I'm still some deluded version of the dad, pre-minivan.) 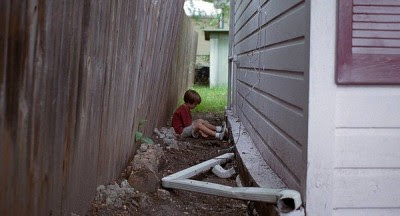 Along the way, Linklater gives us poignant moments with the rest of his main cast. As he's figuring stuff out, Mason gets to witness those around him have their own epiphanies. What's interesting to me is that Linklater could have easily spun off and followed anyone else. I'd be just as down with tracking Samantha's progress in Girlhood or even a movie called Momhood. The material is that good, the breadth of it that carefully considered. (Snarkily, I assume that Dadhood will just be Ethan Hawke's autobiography.)

Which does raise the question of how much of Boyhood is luck and how much is planning. Is Ellar Coltrane's evolving fashion sense his own, and if so, what would they have done had he turned into something else? Could Boyhood have just as easily been a sequel to Friday Night Lights if the little boy star had become a jock? What if Lorelai Linklater had turned 16, decided she was done being involved, and told her old man to get bent? 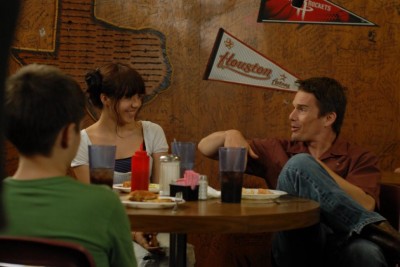 These are questions you will have, though not while you're actually watching Boyhood. During the movie's nearly three-hour running time--which, honestly, passes in a blink--I was so invested, I was always just wondering what would happen next, not how they made it happen. The film avoids any attempt to shape the chosen events into anything resembling a conventional plot with structured set-ups and finishes, instead leaving the audience to make the same discoveries Mason does as he makes them. There is tension at times. We wonder if the boy will make the wrong choices or fail to heed parental warnings or somehow fate will intervene and knock him on his ass. Linklater lets little metaphors and parables emerge, but he doesn't hammer on them. They're just there. He also doesn't draw attention to divisions in time. There are no title cards declaring the year, just changing pop songs and new models of Playstations and fleeting references to current events (Texas politics being what they are).

The sum total of these excellent scenes is a pretty impressive whole, the image of a life lovingly observed. So, yes, my friend is right, we should be impressed by the experiment, but the validation is in how well it works. 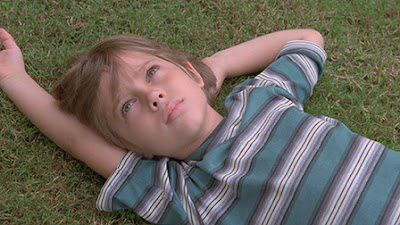