SPLENDOR IN THE GRASS - FILMSTRUCK 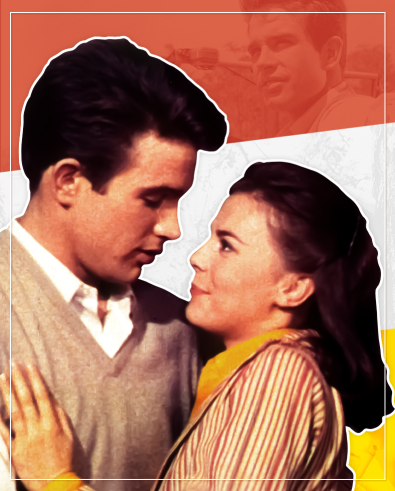 Splendor in the Grass from Elia Kazan is a feverish ode to the trials of young love.

Warren Beatty made his big-screen splash as Bud Stamper, the sports star of a small Kansas High School and the son of the local oil man, Ace Stamper (Pat Hingle). Set in 1928, a year ahead of the stock market crash, Ace is making the whole town rich, and even the Loomis family has stocks in his company. Their daughter, Wilma Dean (Natalie Wood), is Bud's sweetheart. Bud and Deanie are in love and they are prone to some heavy petting, but Deanie always stops short of letting Bud go as far as he wants to go. The hormone build-up is making Bud crazy, and Deanie is conflicted, because her mother's old-fashioned take on female sexuality goes against what her own body is telling her. Representing the newer, younger ideals, there are girls like the school tramp Juanita (Jan Norris) and Bud's scandalous sister, Ginny (Barbara Loden). Both are flappers, and both represent a kind of before-and-after picture of unleashed sexuality. Juanita is growing in popularity and seemingly having a good time without consequence, whereas Ginny has been kicked out of several schools, has had an abortion, and even has a drinking problem despite Prohibition. She is no longer welcome in polite society, and Juanita is most likely heading in that same direction. Lust and adolescent frustration ooze from every scene. Kazan uses cramped and claustrophobic framing to emphasize how trapped the young people feel, and he crams the speakers with dialogue, gathering together crowds of people where each individual member is talking over one another and drowning out the desires and protestations of his young lovers. He also uses colors to evoke mood, the drab browns and grays of Kansas life contrasting with the soft greens of nature and the lurid red of Deanie's dress. Virginia's New Year's dress is a softer color, white satin with hints of pink and silver. It looks like a nightgown, leaving her exposed when the predatory pack of males barrels down on her. Automobiles are modern dens of sin, though the main action takes place out by the falls, the cascades of water representing sexual release, be it attainable or unattainable. For Deanie, it also provides her the outlet for her Ophelia complex; Bud, then, is her Hamlet, melancholy and indecisive. 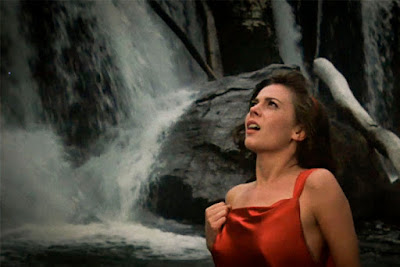 There are also Faulknerian undertones (though, there was always a bit of Shakespeare in Faulkner). Reading between the lines, there are suggestions of improprieties with Bud's sister that possibly involve her father, and even an attraction between her and Bud when he's pushed into the fatherly role. There are also issues of class and, of course, good old fashioned Southern madness.

By contrast, the film opens up as the two teens move away from each other, eventually finding happiness on brighter, more expansive landscapes. The sex the kids are not having puts a wedge between them, and they suffer from different mental maladies. In a way, screenwriter William Inge (Bus Stop) is tying a breakdown of old-fashioned values in with the Great Depression, extending a notion that some kind of cataclysmic shift is required both personally and socially for the world to turn toward a new, more progressive day. The peril of teenage sexual frustration is also a metaphor for the entire struggle of growing up, sex being one more thing that young people can't do. Parents just don't understand how to get out of the way and let their children live their own lives. (The one exception being Deanie's father, a sweet portrait of a caring dad, played affectionately by character actor Fred Stewart.) 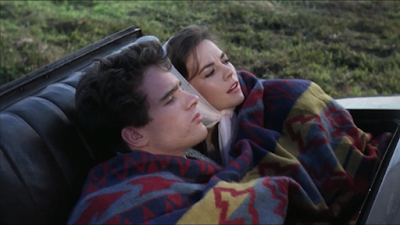 All of the performances in Splendor in the Grass are marvelous. Warren Beatty's tortured take on Bud would make him a star, and Natalie Wood's move from happy and hopeful to having a total nervous breakdown is achingly raw. Winona Ryder has stolen just about every move in her playbook from Natalie Wood's performance as Wilma Dean Loomis. Both of the young leads are nothing short of sensational, and Kazan backs them up with an extremely talented supporting cast. The movie is refreshingly frank for its time--and even more so for a film that takes us back to a more antiquated, supposedly more innocent period--and as a result, it still holds up. Teen angst, when done well, is timeless. 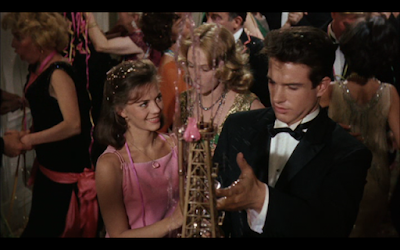