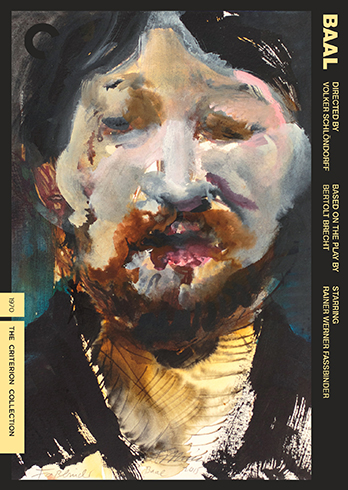 Made for German television in 1970, Volker Schlöndorff’s adaptation of Bertolt Brecht’s Baal transports the 1918 play to (then) modern day, providing filmmaking wunderkind Rainer Werner Fassbinder with an impressive showcase for his acting skills, but ultimately failing in making the work feel vital to the times. In fact, Brecht’s widow was so unhappy with it, the family estate placed a ban on the release that was not lifted until four decades later.

Baal is the story of a larger-than-life personality--a bisexual, alcoholic poet--equal parts Byron, Kerouac, and Bukowski. Fassbinder plays the bard with a full-force gusto. Baal is besotted with drink and with his own self-worth, resorting to reciting his rhymes rather than engage with others, preferring squalor to success and society. Indeed, the film’s second scene--each individual sequences is announced by numbered title cards, lending a kind of nouvelle vague tenor to the whole montage--is probably its most interesting. Decked out in a suit and tie, Baal is being hosted by a rich benefactor willing to publish his poems. Surrounded by upper crust intellectuals, Baal tweaks their noses rather than get along. He drinks too much, stuffs his face, insults them, and openly hits on the rich man’s wife (Miriam Spoerri). It’s a bit like watching the charity banquet scene in Ruben Östlund’s The Square--an animal has been let loose in the soiree. Baal’s response to their objections? You shouldn’t have invited me in if you didn’t expect me to be myself. 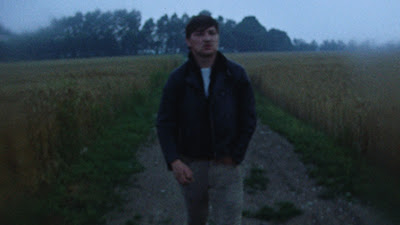 Which pretty much sums up how Baal conducts himself throughout the story. Anyone who enters into his orbit should expect to be brought down by his gravitational pull. At first, this is compelling in the way that the behavior of scoundrels can often be; across subsequent scenes, Baal publicly humiliates the rich man’s wife, steals the girlfriend of a loyal friend, deflowers her, and then shames her into suicide. The dude is bad news. But as Baal progresses, and we watch the main character wander from bottle to bottle, shivving anyone who stands in between, he starts to be less interesting. To Fassbinder’s credit, he never hits a false note, and the hatred he engenders in the viewer is real, but he and Schlöndorff fail to give us any nuance to the character. His philosophy never shines nor sticks. Brecht appears to provide moments where we might get glimpses of an actual soul beneath the rough exterior, but the filmmakers don’t seize on them. 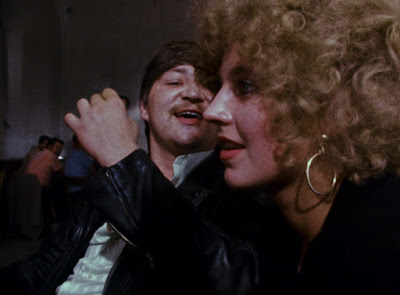 That said, Baal arrives with a surprising punk rock aesthetic that has less in common with either the French New Wave and Easy Rider Hollywood than it does with the anarchic back-half of the 1970s. From the opening scenes, when a leather-jacketed Baal strolls to the beat of a song celebrating his godlike status, there is a feeling that something gutsy is occurring. Cinematographer Dietrich Lohmann, who would work with Fassbinder on many of his own films like Love is Colder Than Death, has a gritty spontaneity to his shooting. His camera never feels locked down, and so Baal comes over as improvisational as the life of its subject. That keeps the movie interesting even when the screenplay lacks heft.

Side note, but when Baal and his cohort Ekart (Sigi Graue, The Merchant of Four Seasons) hit the road in the German backwoods, was anyone else reminded of David Gordon Green’s Prince Avalanche? Knowing Green’s tastes, it would not surprise me if Baal was somehow an influence. 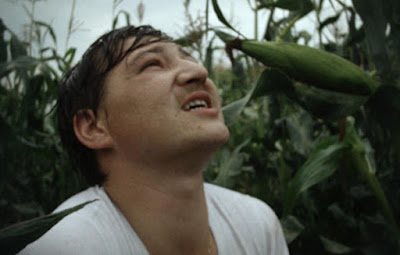