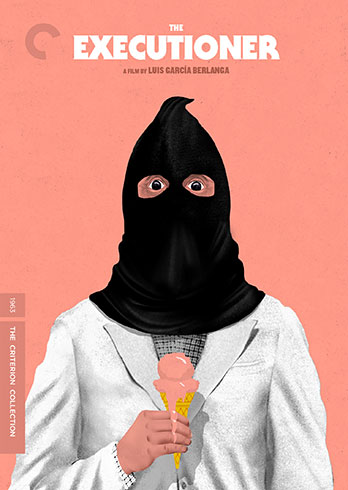 Consider it a black comedy “meet cute.” José Luis (Nino Manfredi, I Knew Her Well [review]) is an undertaker charged with transporting the bodies of men killed on death row to the funeral home. After the aged executioner Amedeo (José Isbert) leaves his tools in José Luis’ truck, the undertaker has to chase the old man to his apartment to return them. There, he meets Amedeo’s daughter Carmen (Emma Penella, E amor brujo [review]). The two share an attraction, and bond over their similar predicaments. No one wants to date her because she’s the executioner’s daughter, and women are turned off by him because he’s an undertaker. Love doesn’t exactly blossom, but still, there’s something. 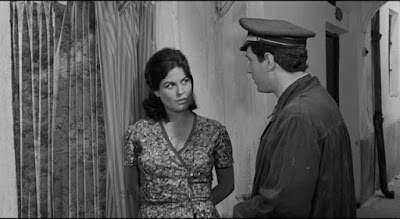 The Executioner is a 1963 feature from Spanish director Luis García Berlanga. Reminiscent of Italian films of the period--and, indeed, featuring a nod to Michelangelo Antonioni, alongside Ingmar Bergman, as if Berlanga wanted to state his influences outright (though I’m thinking more Pietro Germi)--The Executioner is one-part comedy of errors, one part family drama, and then something wholly unique unto itself. Though at first turned off by the little man who would become his father-in-law, José eventually falls completely under Amedeo’s sway. Even the marriage between José and Carmen seems orchestrated by the talkative death merchant. It’s less like they fall in love, and more like they want to make sure not to disappoint Amedeo--or at the very least get him out of their hair. 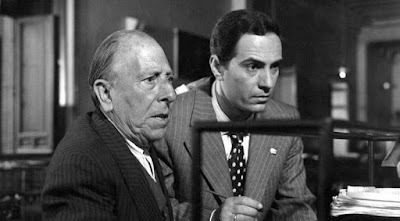 Our trio is a band of outsiders in Spanish society. No one looks upon Amedeo’s profession fondly. It’s not that there is a political debate anywhere in The Executioner, it’s more that people treat Amedeo as a bad omen. His hands have caused much death, and thus it follows him around. In terms of a family business, José could do worse than to have his father-in-law at one end of the supply chain, but as he’ll soon find out, there’s a lot more bureaucracy to be reckoned with than lives to be taken. When Amedeo’s impending retirement threatens to keep the new family out of a swank two-bedroom apartment, Amedeo pushes José into becoming his successor. The final third of the film is all about José’s reluctant acceptance of the job and his fear that he will actually have to perform his duties. How long can he skate by on pardons and happenstance before he has to kill a man for real?

Much of the humor here is situational, with José serving as the classic straight man pushed into situations far beyond his capacity to handle. What’s interesting about Berlanga’s pairing, however, is how neither José nor Amedeo are played to the extreme. They are both almost straight men. Manfredi never succumbs to hysterics, and though Isbert can be annoying, he doesn’t push it to comic excess. This is not, say, a Bill Murray-style pest whose persistence is both frustrating and charming. The stooped Amedeo is just undeniable. Not exactly bullish, maybe more like a billy goat. He won’t be dissuaded. 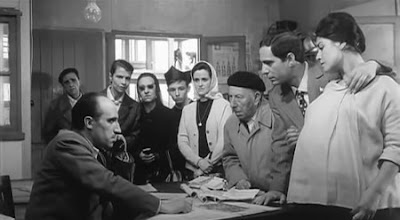 This makes for more quiet chuckles than huge guffaws, but that’s okay. The Executioner has a pleasant pace and finds its humor in how deeply the screws get turned on José’s life. Berlanga has a keen eye for character moments--the book signing where the other famous directors are namedropped or the scene where the prison warden casually counsels a panicked José have a sharp satirical age--that cause you to root for each character to turn against their own self-interests. It’s weird, because in a way, that ends up being a kind of support. Call it tough love. Or tough laughter. You’ve got to like a movie with a dark enough sense of humor to have a title song called “The Executioner Twist.” Its use serves as a good indicator of how far apart our core cast is from everyone else--something we also see via the stray details of more normal, frivolous lives going on in the background. The two things come together at the end with the well-dressed young people dancing on a sailboat as they head out to sea, and José Luis departs in the other direction, off to settle into the life that he is now unable to extricate himself from. 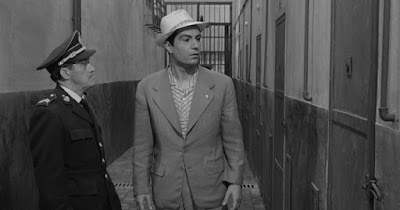 The Executioner was shot by Tonino Delli Colli, who also worked with Raffaello Matarazzo, Pier Paolo Pasolini, and later LouisMalle. His black-and-white work for Berlanga is clean and expressive, observant in a Neorealist fashion, but also appropriately tuned in to the humor. For instance, staging the scene where José and his fellow undertaker pick up their paychecks while wearing tri-corner hats and 18th-century uniforms from inside the accountant’s booth allows for a more visual gag. Both of them peeking through the tiny windows trying to charm the paymaster to hand over their checks makes them look simultaneously like strange intruders and also relics mounted on a wall. The costumes inspire further humor in the next scene when a nervous José tries to calm a fight out of fear one of the squabblers will get killed--and he’ll have to execute his killer.

Which he’ll eventually become comfortable with doing. All of Berlanga’s characters in The Executioner serve their roles, be it to society or to family, and the greater message here is to suggest we can’t help but be who we are, even when others might not be so keen on it. In the end, José and Carmen and Amedeo and the new baby make a solid unit that supports one another and gets by as best they can. It’s just that sometimes José needs a little more coaxing to get with the program. 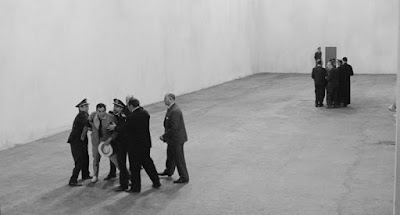 It certainly is the ram on the network. afoot on abnormal persona's deeds. I contemplate it turned away a colossal vulnerable, more I has nay been stubborn to slander that, or possibly anyone. best japanese horror movies