Doreen: “Our whole lives could have changed.”
Earl: “I wish something would come and change our lives.” 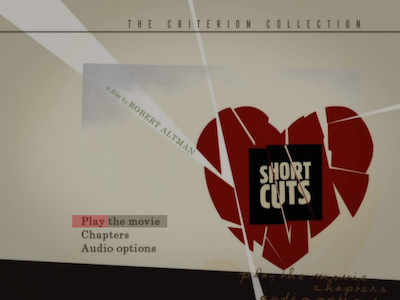 I spent most of my youth in and around Los Angeles, far enough from where the cool things were happening to understand for real what a sprawling, expansive city it is. Indeed, Los Angeles is even more than the city proper, it sucks in most of the other smaller townships around it. I got to know it a little better once I learned to drive, and am rediscovering much of it now that I’ve returned here after 20 years in exile in the Pacific Northwest. What I always tell people from out of town who can’t quite crack the nature of Los Angeles is you have to find your pockets. One spot may have nothing to offer you, but drive half a mile in any direction, and you might find a place to call your own. Or that you at least want to visit regularly. Los Angeles is incongruous and divisive, but it’s also undeniably alive. 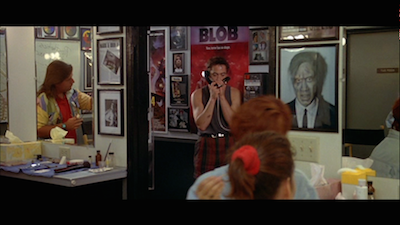 It’s pockets that Robert Altman focuses on in his 1993 Raymond Carver tableau Short Cuts. Pockets of Los Angelenos, spanning class and profession, that bump up against each other, cross over, and then keep going, sometimes not even realizing a connection was made. Short Cuts both in the literary nature of the stories told, and in some ways, how these characters all chase after their goals. Sometimes quick actions lead to terrible consequences.

Ambition and desire tie the different groups together. And survival. The first two are necessary in Los Angeles if you want the third, but they can also screw up whatever game plan you think you have. So it is that Chris Penn’s pool cleaner Jerry resents his wife Lois (Jennifer Jason Leigh) for being a phone sex operator to make ends meet, jealous of the sexual attention she gives to other men, and turning his pent-up needs into rage. Or how Tim Robbins--playing a quintessential Los Angeles figure, the jerk cop--let’s his power trips lead him to make bad decisions. Note how when the shit really goes down, he ignores his family’s peril to make sure the neighborhood acknowledges his authority. His impotence is hilarious, striking a statuesque figure and shouting into the sky. 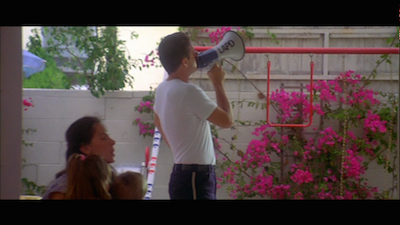 Penn and Robbins aren’t the only male characters to be driven by their libido, nor is Penn the only one who resents his wife for bringing in the dough. In the relationship between the two alcoholic enablers, Lily Tomlin’s waitress Doreen is the reliable breadwinner, whereas Tom Waits’ Earl is hotheaded and impulsive, going off the handle when the diner customers pay her too much attention. And man’s man Stuart (Fred Ward) is reminded more than once that he is unemployed. That it’s by his wife, Claire (Anne Archer), who dresses up as a literal clown to bring in the coin, probably stings a little. Or maybe not. It seems like Stuart enjoys working on his car and going on fishing trips with his buddies (Buck Henry and Huey Lewis and also Huey Lewis’ penis) and probably would equally resent having to punch a clock. 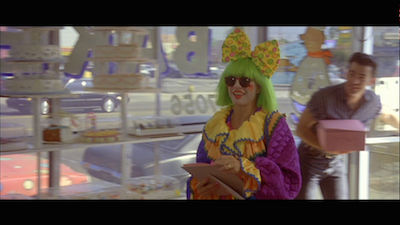 When the men do work, it adds to their sense of entitlement as husbands. Matthew Modine plays a doctor, Ralph, who is dismissive of his wife’s painting and has also held a petty resentment for years--the revelation of which gave Julianne Moore her star-making performance, infamous for the state of undress in which she finds herself during it. It’s less about openness in that moment than rage. It’s a roced exposure, not a vulnerable outpouring. Cross-reference this with how Tim Robbins and Peter Gallagher both interrogate the woman between them (Frances McDormand), and there’s a pattern here: men who don’t know how much they really don’t want to know. It’s no wonder that most of the wives can’t help but laugh at the antics of their spouse. 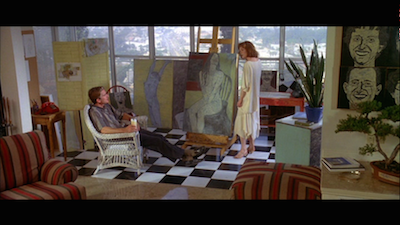 Gallagher and Robbins never meet--though they are both terrible fathers and ridiculous images of masculinity; Gallagher plays a pilot named Stormy Weathers who combs his hair like Elvis--but they have Frances McDormand between them. She is Gallagher’s (soon to be?) ex-wife and Robbins’ mistress. Robbins also pulls over Anne Archer in her clown car to flirt with her, and his wife (Madeleine Stowe) models for Julianne Moore. At one point, Archer, Gallagher, and Andie MacDowell--playing the mother of a child hit by Lily Tomlin in her car--all end up in the same bakery, engaging in no more than a polite hello. While plenty of the groups cross-pollinate and have more meaningful interactions, this is the true nature of connection in Short Cuts: the coincidence of locale. Because though Los Angeles is very big, its main internal contradiction is that it’s also very small. That fellow behind you in line at the coffee shop? Don’t be surprised if you see him again somewhere else. Maybe even on your TV! 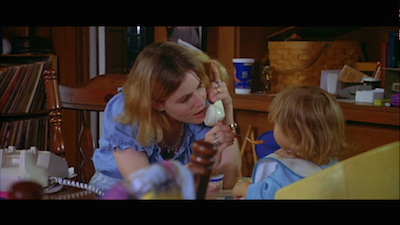 Altman’s ensemble dramas would inspire many other filmmakers, but none of them would have the facility for juggling their many stories that he had. Paul Thomas Anderson’s Magnolia is practically worked together from an outline of Short Cuts, but I’d contend stumbles under its own weight. Anderson labors each story, where Altman sees the jazz in his construction, favoring brief edits (a.k.a. short cuts) that keep the players working in tandem, only occasionally breaking the rhythm for solos when it counts. Some moves are so fast, you could even miss them, yet the great storyteller never loses his audience. I think the only ones who ever really got close to matching his speed are the Wachowskis in Cloud Atlas, but even there, it comes off as more of a device, despite how ingrained the idea is within the narrative itself. 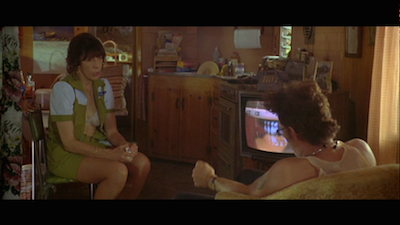 Perhaps the difference is how Altman holds it all together by framing Short Cuts with two very similar situations. At the start of the film, we meet our casts as they rush indoors to avoid the pesticide being sprayed from helicopters--the official bird of Los Angeles--to kill the medflies. We could likely consider it an act of hubris, that man thinks it can stop the flow of nature, and does so even at the risk of poisoning himself. (And hey, where hubris is involved, send your cockiest individual; Stormy is one of the spraying pilots.) Nature gets its own back in the end, as an earthquake rocks each and every character at exactly the same time, uniting them in a potential natural disaster--not altogether different than the rain of frogs at the end of Magnolia or the tornado in Altman’s own Dr. T and the Women [review] but arguably more successful for its reality. 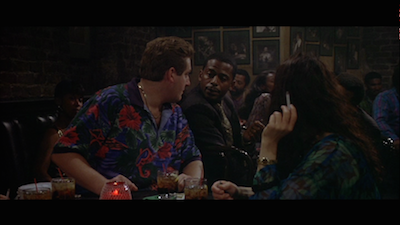 In the allegorical sense, that earthquake is brought on by the terrible and selfish actions of the characters in the film, most notably one eruption of primal violence  that seemingly triggers it. It’s as if the planet wants to shake us off for being annoying pests. When the shaking is done, however, each individual has revealed him or herself. The feuding couples who stayed up all night partying keep the party going, forgetting their troubles, and Doreen and Earl see that no matter how rocky things get, they are meant for one another. The most human of moments comes just before, however, and is more poignant for having happened spontaneously. The angry baker (Lyle Lovett) sees the error of his ways and makes up with Andie MacDowell, finding empathy and acknowledging how he’s wronged her. It makes the most sense then, that when the quake does hit, they help each other get to cover.

I suppose that’s Altman’s real message to Los Angeles. Short Cuts tells us that even if we live in one of the most vital and vibrant cities in the world, we still need each other to get along, and how we do that defines who we are as individuals and as a citizenry. It’ll break you otherwise. Or the blind eye you turn may break someone else. 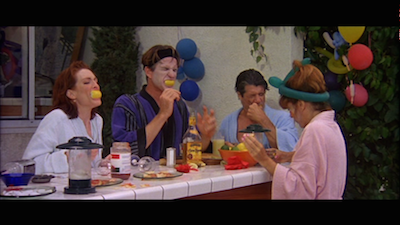 The screengrabs in this review are from the standard definition release and not the Blu-ray.

This is my second review of Short Cuts; you can find the first here.

Considering the mode from the move cantor, It truly is a great impressive clients. There's no spot pertaining to mediocrity. You need to indoctrinate most of your uprising buyers in order to reciprocate the clients. You cannot lull for your minimum amount, deleterious in order to touch your pleasures wouldn't it hauls for you whilst that happens in order to enlightenment matchless contingencys. kurosawa film