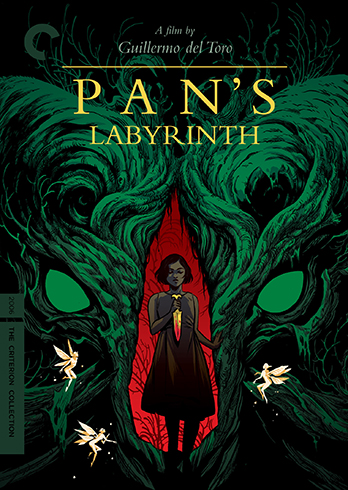 Back when the original fairy tales were being written, folks like the Brothers Grimm had a lot more faith in kids than we do now. Their stories were dark and sinister, with grotesque imagery and real moral lessons. They knew that kids like to be scared, and they aren't the big sissies that we pretend they are now, neutralizing the older stories to make them safer.

Though he hasn't necessarily made Pan's Labyrinth for children, writer/director Guillermo del Toro (Hellboy I & II [review]; Pacific Rim [review]) definitely seems to have gone back to find that ancient well of inspiration. His original story is as dark and twisted, and thus just as magical, as the classic tales. He has made a scary and wondrous fantasy film seen through the eyes of a child, and it should by turns enchant and frighten any adult who sees it. 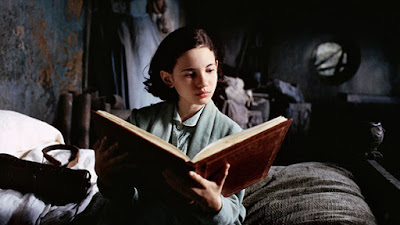 Pan's Labyrinth has more in common with del Toro's smaller budget ghost story The Devil's Backbone than it does his big effects Hollywood films. Shot entirely in Spanish, it takes place at a rural outpost at the tail end of the Spanish Civil War. Franco is in power, and his troops are stamping down the last of the resistance. Ofelia (Ivana Baquero) lost her father in the war, and her mother, Carmen (Ariadna Gil, Belle Epoque), has remarried a sadistic solider, Captain Vidal (Sergi López, Dirty Pretty Things). Carmen is pregnant with Vidal's child, and they are going to his isolated base camp so she can give birth near him. There, Vidal is tangling with a band of guerillas that is hiding in the mountains, and he's ruling the nearby village with an iron fist.

For Ofelia, a girl who loves old books with fantastic stories, her new home is a blessing and a curse. She is not fond of the man her mother wants her to call "father," but she is immediately intrigued by the old stone labyrinth in the forest behind Vidal's fort. Though the dutiful maid Mercedes (Maribel Verdú, Y tu mamá también [review]) warns her not to go inside, Ofelia is lured their by a small fairy. There, she meets the faun Pan (Doug Jones, the body of Hellboy's fish man, Abe Sapien). He tells her that she is a long lost princess who has finally come to return to her kingdom. All she has to do is complete three magical tasks. He gives her a magic book whose blank pages will reveal her missions to her when she is alone. 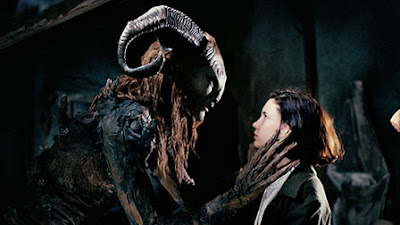 Her tasks aren't simple, and they have real consequences when not done right--both in the magical realm and the real world. Naturally, when Ofelia sneaks off to battle a magic toad, she is going to get in trouble for disappearing, especially when she returns covered in mud and toad spit. The pregnancy is making Carmen sick, and so insubordination isn't going to be tolerated. Vidal is not a reasonable man, and he doesn't like when things get beyond his control. His outbursts when fighting the resistance get more and more violent, and he cares less about Carmen's health than he does the birth of his son. If she dies, that's just collateral damage, and woe to Ofelia if that happens.

del Toro gives his audience two different worlds in Pan's Labyrinth. First is the brutal backdrop of the Civil War. He doesn't shy away from the killing that keeps the wheels of battle turning, and there are many gruesome scenes that will make even the most iron-stomached gore junkies cringe. The second world is Ofelia's fantasy kingdom. The adults never see what the young girl is going through, and part of the experience of Pan's Labyrinth is questioning whether Ofelia is really witnessing magic or if these scenarios are just the escape hatch she goes through to get away from her cruel stepfather. Either way, her fantasies bite back. Pan almost plays as a doppelganger for Vidal when he loses his temper over the girl's mistakes. Survival on either side of the reality line also requires sacrifice, and Ofelia is going to learn some real lessons about what that means. 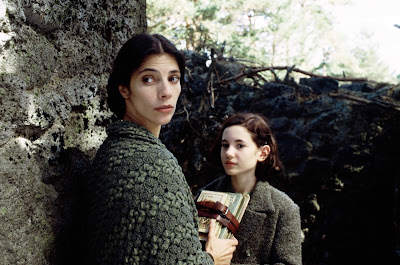 Regardless of which explanation you choose to believe, the spell of Pan's Labyrinth is irresistible. Guillermo del Toro has written a multi-layered tale that will scare you, delight you, and keep you precariously poised on the edge of your seat. You'll cringe, but you won't want to look away lest you miss a frame of his gorgeously crafted alternate dimension. For the two hours that Pan's Labyrinth runs, the director reminds adults of what it's like to believe so thoroughly in your own imagination that anything is possible, while also reminding us that real heroism is fraught with human error and bought at a real price. Like the titular labyrinth, any adventure has a lot of twists and turns on its way to fulfillment. Sometimes the turns may be wrong and in others they are triumphantly right, but there's always something worth discovering just around the corner. 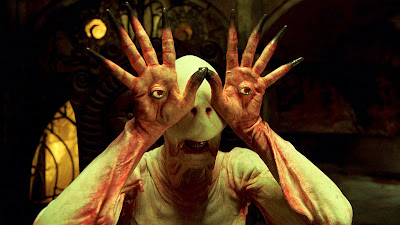 In addition to its beautiful new transfer, Criterion has built up its release of Pan's Labyrinth with plenty of extras. Of note to any who were intrigued of the talk of fairy tales and childhood above is a lengthy discussion between del Toro and writer Cornelia Funke on that very topic. There is also a new interview with Doug Jones, as well as the majority of extras from the movie's original DVD release.

You should also take not of the excellent Becky Cloonan cover art. Full disclosure, Becky currently works with me over at DC's Young Animal, where she does covers for Shade, the Changing Girl, but I wrote about her original horror comics ages ago on my old blog. She's a unique talent, and you can check out more of her work at her website. 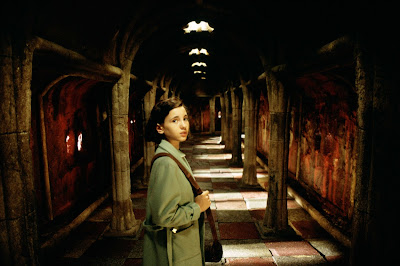 Parts of this review were taken from my original review of Pan's Labyrinth when it was released theatrically.

The Blu-ray was provided by the Criterion Collection for purposes of review.

I love this movie, and the ambiguity with whether the magic world is real or imagined. I am reminded of two other movies that I love, Tarsim's The Fall and Jean Cocteau's Beauty and the Beast, both of which dare to make adult fairy tales that are wonderously immersive with real danger at every turn.