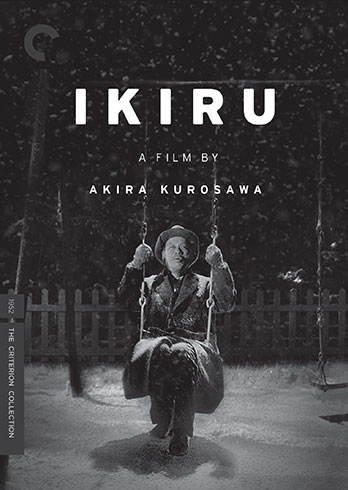 Akira Kurosawa was still a relatively young man in 1952 when he made his elegy for old age, Ikiru. Yet, somehow the director still managed to make a deeply felt and wisely observed drama about obsolescence and dying.

Ikiru, which translates as “To Live,” stars Takashi Shimura, the dramatic heavy of Seven Samurai [review], as Kanji Watanabe, a reliable career man at City Hall. Watanabe is known for his predictability: he hasn’t missed a day of work in three decades, and each of those days, he ate plain udon noodles for lunch. So it is that the entire office is rocked when Watanabe fails to show up one morning--a morning that stretches into five days. What could have happened to the man?

Well, we know, even if everyone in the film does not. Watanabe has been diagnosed with stomach cancer and only has six months to a year left. Unsure of what to make of this news, Watanabe decides to keep it to himself. He doesn’t tell his staff, nor does he tell his son and daughter-in-law. Instead, Watanabe enters a kind of fugue. He wanders the city looking for the life he previously rejected in order to raise his offspring. His wife died when their son was very young, and as we see in a series of flashbacks, Watanabe put everything into making sure the boy had a good life. How devastating it must be then, that now that it counts, the old man can’t trust his son with the most important news he’s ever had. 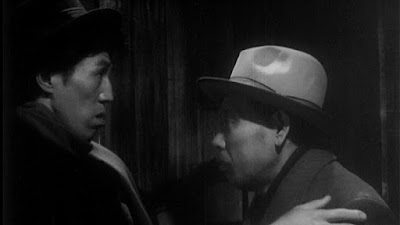 Watanabe spends one night on a bender with a libertine writer (Yunosuke Ito (The Burmese Harp, I Will Buy You [review]) and then he also connects with a young woman from his office (Miki Odagiri) who is bored and herself looking for a change. He confides in these people what he can’t tell anyone else, and at first this provides some succor. There’s only so much frivolity a man of purpose can endure, however, before he must find that purpose again. For Watanabe, it’s undertaking a project no one else wants and proving that City Hall can be more than just paper pushers. One last stand to do something that matters.

Whether or not this worked is the subject of Ikiru’s final act, when Watanabe’s co-workers debate what caused such a change in the man they had only known to be unwavering and meek. It’s an interesting shift, one that allows Kurosawa to avoid portraying Watanabe’s inevitable end, even if the outcome is pessimistic. If you can’t fight City Hall, you probably can’t change it, either. 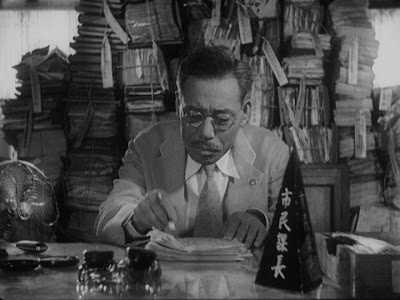 Ikiru goes to plenty of emotional depths and ponders the darkness with an unflinching courage; yet, it is never dull, much less morose. You’d think watching an old man waiting to die would feel a little bit like death itself, but Takashi Shimura has a sympathetic face and an undeniable screen presence that makes it impossible not to watch and wait to see how it turns out. Kurosawa is not the only one taking a few metaphorical steps forward in tie, Shimura is playing it older, too. Watanabe is slow and hunched and speaks at a level only slightly above a whisper; it’s almost like you have to lean in yourself to hear what he is saying and share in what is happening. And plenty happens--though it’s mostly disappointing for Watanabe. He realizes how little his life has affected, and how much he has been taken for granted. Shimura’s stooped posture makes it look like he is hunting for something, and perhaps he is. Perhaps he’s looking for that lost spark to reignite Watanabe’s passion in his final days. 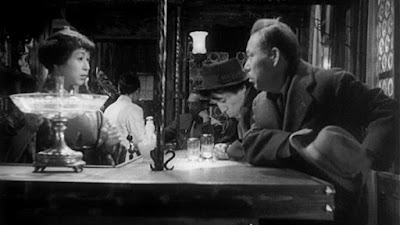 As low-key as this all may sound, the results are riveting. At times, Kurosawa stages the tale with as sure a footing as most see in Watanabe. As the old man loses that footing, at times we tumble into a kaleidoscope of memory. Past decisions are seen to have a direct effect on the present, and it’s heartbreaking to see all of that effort come out wrong.

Or does it? Surely our estimation of Watanabe is different than his estimation of himself. Because even if you can’t change the system, one individual really can make a difference. Watanabe’s newfound stubbornness, which he enacts in an almost zen-like fashion, turning the subtle force of his meekness into undeniable insistence, forces his co-workers out of their complacency, even if it is just to make the old man go away. Folks who never met Watanabe before also see him as an immovable object. When gangsters who would rather see the park land turned into a red light district come to strong-arm the city officials, they find they are no match for Watanabe. They look in his eyes and see he will not be moved. On the flipside, Watanabe makes positive change where it counts: in the lives of the people living in the neighborhood that gets transformed. 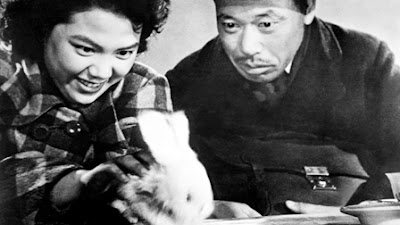 Those among you looking to upgrade your previous edition of Ikiru will be happy to know that the 4K digital transfer on the new Blu-ray is well worth swapping for. The image is not without its flaws, there are occasional irreparable scratches on the short, but the overall clarity is quite wonderful. The old extras are also carried over, including the Ikiru-specific installment of the excellent Akira Kurosawa: It Is Wonderful to Create documentary series that spans many of the Criterion Kurosawa releases. 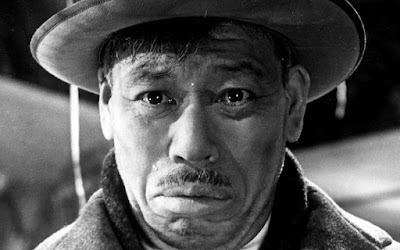