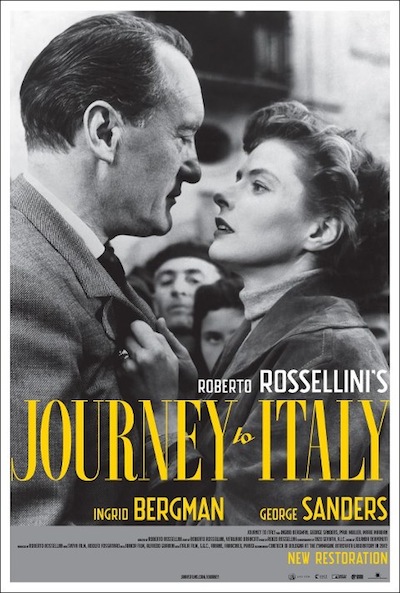 My current frontrunner for the best movie of 2013 is Richard Linklater's Before Midnight [review], an emotionally turbulent, challenging movie about a long-tem couple who unexpectedly find themselves at a crossroads where they are questioning whether or not their relationship is worth continuing. It's a film that earns all of the feelings in engenders. Not unlike its spiritual predecessor, Roberto Rossellini's 1954 movie Journey to Italy (a.k.a. Voyage to Italy).

The director's crowning collaboration with Ingrid Bergman could serve as a sort of omen: their relationship would eventually disintegrate for good. Here, though, we find the pair perfectly in sync. Bergman plays Katherine Joyce, an upper-class wife of a British businessman. Alex (George Sanders) has recently inherited some property from his uncle, some land and a fancy home in Naples. Alex and Katherine have gone to Italy to sell it, and while they are away, do a little vacationing. Alex is a workaholic and it's hard to get him out of the office, which may explain why, now that Katherine has managed to get some alone time with him, they realize they don't know each other at all. 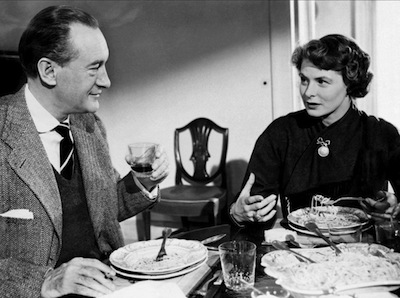 Ennui and jealousy make for a nasty combination. Husband and wife are bored with each other and the decades-long conversation they've been having. Yet, as is usually the case in such situations, they don't want anyone else being bored by their spouse, that is their right alone. And so it is that Alex begins to resent a dead poet whose verse has outlined Katherine's Italian itinerary. Though this kind of suspicion angers Katherine, she becomes guilty of it herself when they happen to run into a woman Alex has known previously. She is on a group vacation with some friends, and Alex pays the ladies in the traveling party extra attention when they are all out having drinks. Katherine says that she never knew that her hubby was so interested in women. Translation: why aren't you that interested in me?

After a few snippy arguments, the pair goes their separate ways to finish out the trip. Alex goes to Capri to catch up with his friend, while Katherine stays behind in Naples to continue to tour the historical spots and look at the ancient relics. She also spends her time drinking in the local color and observing the people. I was reminded a bit of Sofia Coppola's Lost in Translation [review]. Ingrid Bergman wandering about and soaking up the culture has echoes in how Scarlett Johansson spies on ceremonies and customs in Japan while her husband is off pursuing actresses; likewise, George Sanders is gruff and sarcastic, and while not as loveable as Bill Murray, his flirtations with familiar ladies in foreign lands is not that different than Bob Harris. 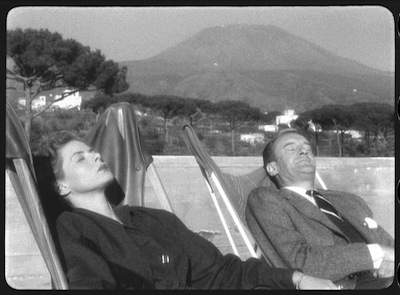 It all points to a long tradition in world cinema. Many directors have portrayed troubled marriages via wayward nights and heated conversation, be it Ingmar Bergman's prolonged breakdown in Scenes from a Marriage or Michelangelo Antonioni's sharply focused La notte. While plenty of folks lately have been invoking Godard's famous line about all you needing to make a movie is a girl and a gun, Rossellini and those who followed in his footsteps all do without the gun. The girl and a guy provide plenty of drama without firearms ever getting involved. 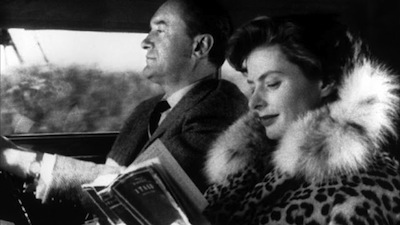 Perhaps it's because he loved her that Rossellini tips the scales a little in Ingrid Bergman's favor in this film. Katherine is given an internal monologue that, despite its vitriol, humanizes her to a greater degree than Alex. Couple that with her more demonstrable abilities to empathize with her fellow man, and she seems far less beastly than her husband. Alex's self-recrimination is born of failure and rejection, and the standards he nearly sacrifices to try to reclaim some of his wild oats are troubling--even to him. “Beastly” may not be the right word, actually. Alex is less likable, but he's no less human. Sanders is also an actor on par with Bergman, and despite the clash of wills, both performers manage to make the Joyces seem like a real couple. Despite their differences, despite the spite, they fit. It's evident anytime they are in the car, but particularly in their penultimate conversation, when it appears they will call it quits. (Again, automobiles make for a regular staging ground for arguments. The Before Midnight disagreement begins in a car, also while the couple are on vacation; and let's not forget the hot-tempered, cold-blooded exchanges between Audrey Hepburn and Albert Finney in Stanley Donen's exceptional Two for the Road 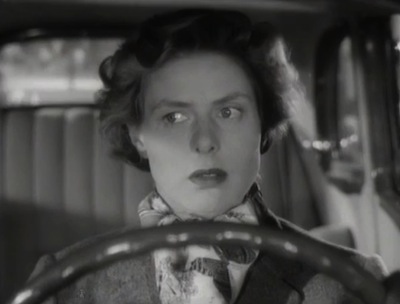 As a conclusion to this cycle of films, the trio of Ingrid Bergman vehicles sometimes known as “The Solitude Trilogy,” Rossellini brings it all back around to Stromboli [review]. He does so aesthetically by his incorporation of real locations and real people to the drama, and how her new surroundings affect his leading lady. He also connects it back to their initial collaboration in how he handles the ending. The fate of the Joyces' conjugal union is decided by a religious epiphany, by a miracle--though in this case, not one that happens to Ingrid Bergman. Rather, it happens in her vicinity and threatens to swallow her. It is a human volcano, rather than the literal one in Stromboli; the people who move against her confirm her truth by trying to sweep her away a la Europe '51 [review]. There's a directness to how the director handles it in Journey to Italy that makes it more powerful than the endings of its predecessors. In Journey, the actions of the characters take over, and there is no need for further explanation. The intense feelings that power their decisions speak for themselves. 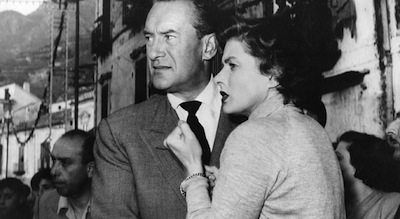 Journey to Italy plays Saturday, July 6, at 8:45pm, again on Sunday, July 7, at 8pm, and finally on Monday, July 8, at 7pm, as part of the NW Film Center's presentation of "The Solitude Trilogy." View the full schedule here.