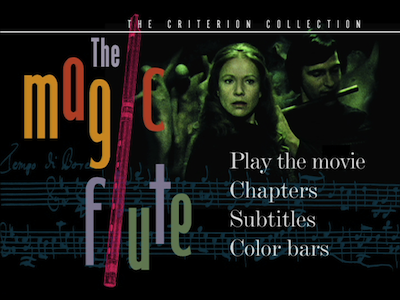 Having just this morning (as I write this) reviewed Kenneth Branagh's film adaptation of Mozart's 18th-century opera The Magic Flute, I felt compelled to revisit Ingmar Bergman's 1975 staging of the same. The day I intend to post this, July 14, also happens to be the Swedish director’s birthday. I call that a happy coincidence.

The difference between the two productions couldn't be more immediately apparent. Whereas Branagh was determined to show the opera as a straight-up movie, completely separated from its stage origins and live performance, Bergman's goal from the get-go seems to be to remind us what a vital experience live theatre can be. Practically the first thing we see is the audience waiting to partake of the opera, including the director and his regular stars Erland Josephson and Liv Ullman (plus cinematographer Sven Nyquist, whom I didn't recognize) mixed in amongst the diverse faces in the crowd (diverse in race, gender, and age). The focus, though, is not on these famous attendees, but on a young girl. We observe her eyes become brighter as she listens to the overture and engages with the painted figures on the soon-to-rise curtain. 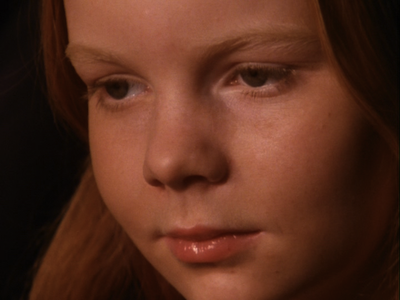 The stage and backstage are both visible through much of Bergman's The Magic Flute, with the director erasing any division between artifice and accepted reality. The play is the thing, and its presentation is as real and actual as any other human endeavor. So why not accept its execution as really happening? It is not fiction so much as myth come to life amongst us.

This production (originally filmed for television) is otherwise traditional, down tot the costuming and special effects. Smartly, however, Bergman has the actors play for the camera rather than going broad so as to project to the theatrical back row. The first meeting between Tamino (Josef Köstlinger) and Papageno (Håkan Hagegård) is as intimate and quiet a conversation as you'd find in any of the filmmaker's heavy dramas. Attention is focused on the closeness of the scene, inviting the audience inside what is happening. It's the daring of theatre mixed with the inclusiveness of cinema. When Papageno looks directly into the lens to share his thoughts, he is making us all a part of their quest. 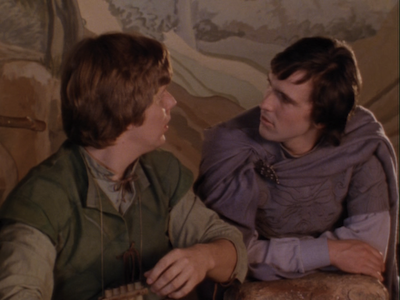 This method makes the fantasy aspects of Mozart's story more believable than in Branagh's updating of it. WWI is maybe too familiar, and so possibly a bad choice as a setting for The Magic Flute. The bullets and blood are too vivid in our collective memory, making it hard to divorce our emotions from what we know and accept that Sgt. York would desert the trenches and rescue a princess. Yet, our common conception of medieval times, as distant as they are from our shard experience, allows for Queens of the Night and flutes that make music capable of blotting out human misery. 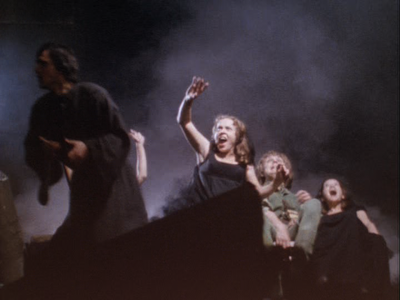 Bergman's putting the fairy tale aspect of The Magic Flute front and center is emphasized by his continued cutting back to the girl we met at the outset. Her delight at seeing the performers dressed as bats and lions is infectious. There is a warmth to the movie that Branagh's lacks, regardless of how entertaining his version can be. Likewise, Bergman’s cast benefits from indulging in the illusion of singing live. Seeing them breathe at the appropriate moments, even though their vocals were pre-recorded, is infinitely more convincing. Sound matches image. 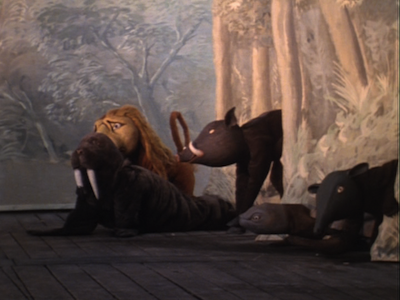 Of course, our added investment in the Bergman adaptation also means the darker hues of the fairy tale are all the more frightening, particularly in the second act, when the Queen of the Night makes her move and Tamino must go through his trials to prove his worthiness. Bergman uses moody lighting, claustrophobic framing, and make-up to add touches of horror to the play. (And, dude, what about that weird vision of the Inferno with actual fire and featureless dancers? Like the nightmare in Wild Strawberries!) In childhood, we learn to balance the duality of life, to match our sense of wonder with our fear of the unknown. Laughter and scares go hand in hand. Papageno's romantic journey adds joy in relief of Tamino's potential sorrow. 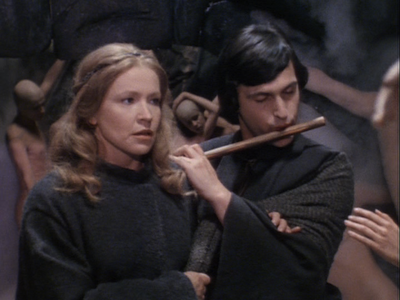 It's also interesting to note that the darker the story becomes, the more grounded the sets, to the point where it appears that Pamina (Irma Urrila) is actually outside the opera house at the moment of her greatest despair. As hope returns, she is flown back into the theatre. Bergman is underlining the role that stories and art play in bettering our lives--and in so doing, the artists, the Mozarts and the Bergmans, transcend death, like Tamino and Pamina, and find something eternal. It’s not just the flute as a metaphorical object that inspires the suspension of sadness, but The Magic Flute itself. 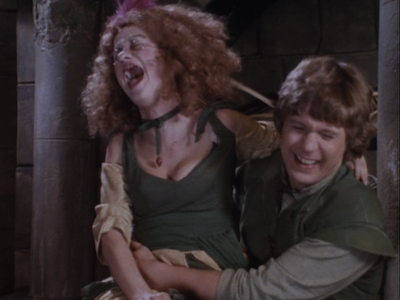