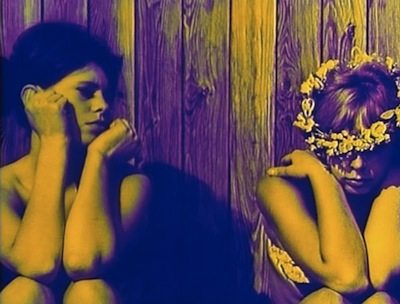 Though considered part of the Czech cinema revolution, the 1966 film Daisies could have just as easily sat alongside its forebears in the French Nouvelle Vague as it does its compatriots in the Eclipse boxed set, appropriately titled Pearls of the Czech New Wave. Věra Chytilová's anarchic political comedy is colorful and fun and as pointed as it is deceptively light-hearted.

Daisies stars Jitka Cerhová and Ivana Karbanová as two girls named Marie. Red-haired Marie and Brown-haired Marie. They are young women of the 1960s, possessed of a freedom that borders on entitlement, a combination of flower child and flapper. The loose narrative follows the Maries as they indulge themselves, luring older men into misguided dates where they gorge on food, stick the dudes with the bill, and ditch them at the train station, sending them back to wife and family and duty. Chytilová's filming style is perfectly attuned to the girls' manic activity. Colors change, scenes jump around--the whole movie has a sort of collage feel, matching the decoration on the walls of the Maries' joint apartment. Pin-ups of muscle men are hung next to photos of important people and the scrawled names of the ladies' many conquests. Almost like an enemies list...or maybe a roster of the guilty. 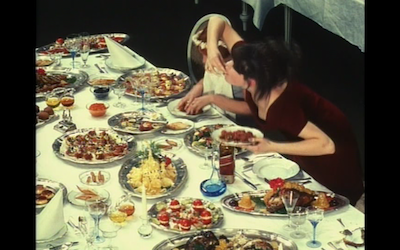 There is a lot of giggling and fun to be had watching the girls take over a jazz club or frolic in bikinis. It's like a William Klein-directed episode of "Laugh-In." (Daisies most closely resembles Klein's Who Are You, Polly Magoo? [review] if we're searching for soul sisters.) The Maries are at times charming, at other times annoying, and even manage to get on each other's nerves. This is by design. They are selfish and demanding. Daisies is as much a critique of the younger generation as it is a merry celebration of the same. 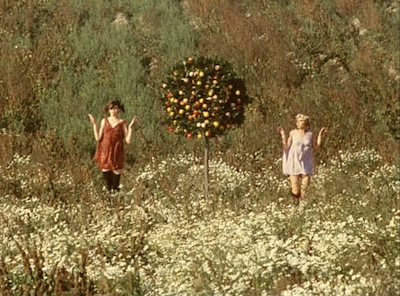 For as silly as it can be, however, Chytilová's movie is not as simple as all that. It doesn't bemoan the problems with kids these days, but rather portrays these two modern gals as indicative of a failure of the system as a whole, of a country that makes promises while failing to deliver substantive opportunities. Daisies is go-go dancing on top of the outmoded communist regime, which has failed to update its dance moves since the days of Charlie Chaplin pantomime. The kids are growing up, the country is not. 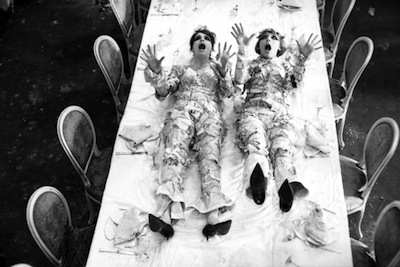 The most direct message comes at the end of Daisies, when Chytilová offers us two possible outcomes. There is the conclusion that the movie has been building to the whole time, where the girls push as far as they can through their coquettish chicanery, but are left out in the cold when the con runs its course, and then there is the alternative, where they play the game, only to come to the same ruin. It's a lot less fun, to be sure, which only adds to the tragedy of the results.

We're a long way from 1960s Czechoslovakia, but Daisies remains vibrant and even relevant. Chytilová's experimentation still comes off as fresh and unforced, and anyone coming of age in the 21st Century will see plenty of themselves in the Maries. Misunderstood, exploited, and locked out of the banquet? That doesn't sound familiar. Not at all. 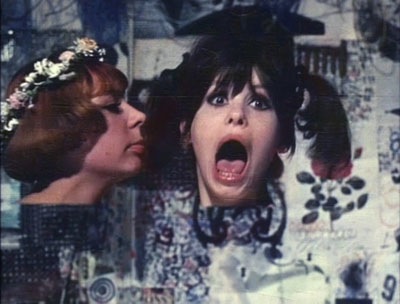 The NW Film Center in Portland, OR, will be showing Daisies on Friday and Saturday, July 26 & 27. They will  be showing it with another Criterion selection, 1966's Closely Watched Trains. I saw Closely Watched Trains several years ago and cannot recommend it highly enough. These two will make for an excellent double feature if you're in the area. Here is the schedule.