My reviews of non-Criterion movies for November. 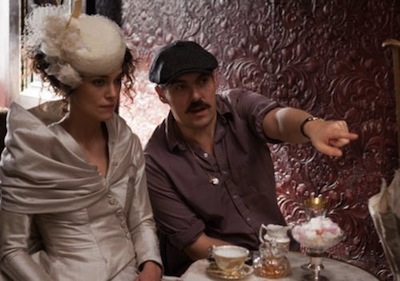 * Anna Karenina, in which Joe Wright goes as crazy as his heroine and throws cinema under the train. But in a good way!

* Killing Them Softly, the reteaming of Brad Pitt and his The Assassination of Jesse James by the Coward Robert Ford director takes on and dismantles the crime genre the same way they did the Western.

* A Liar's Autobiography: The Untrue Story of Monty Python's Graham Chapman sounded like a good idea. In 3D, animated, built with audio recordings by the late comedian. Too bad it sucks.

* Life of Pi. The 3D or the tiger? Definitely worth seeing in the theater to see Ang Lee's beautiful adoption of the extra dimension, but expect to be underwhelmed by the story.

* Silver Linings Playbook, in which David O'Russell asks, "How is Bradley Cooper not himself?" You may need a tissue for this one. Either from crying or...er, um...Jennifer Lawrence. (Yeah, I went for that joke.) 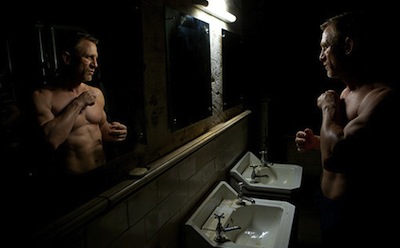 * Smashed, an underdeveloped but well-meaning tale of addiction with Mary Elizabeth Winstead and Aaron Paul.

Also, if you live near Portland, you should stop by Cinema 21 for their three-film, weeklong Bogart celebration "You'll Take It and Like It." I wrote about it for the Mercury.

* D.W. Griffith's Abraham Lincoln, a 1930 biopic in which the grandfather of cinema and the father of John Huston make the 16th President seem like a real dud.

* Comic Book Confidential: 20th Anniversary Edition, an entertaining snapshot of the comics scene in the 1980s.

* The Day He Arrives, an existential quandary, and arthouse take on Groundhog Day, from Korean director Hong Sangsoo. 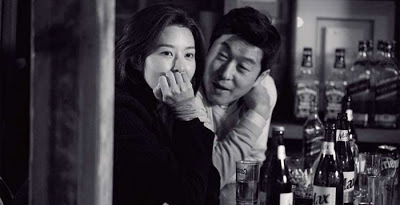 * Film Noir Collection, Volume One: Olive Films bundles together four of its noir and not-so-noir titles for a pretty solid collection of 1950s B-movies.

* Harry Potter and the Deathly Hallows, Part 1 and 2: Ultimate Edition. Or how I spent my Thanksgiving.


* John Cage: Journeys in Sound, an informative documentary about the avant-garde composer.

* Long Day's Journey Into Night, Sidney Lumet's masterful staging of the Eugene O'Neill drama, with Katharine Hepburn in the lead.

* People Like Us, a mainstream drama with surprising depth. Starring Chris Pine and Elizabeth Banks.

* Ramrod, a dark western with Joel McCrea and Veronica Lake, the stars of Sullivan's Travels.

* We Can't Go Home Again & Don't Expect Too Much, the lost experimental film of Nicholas Ray paired with a documentary about its making. 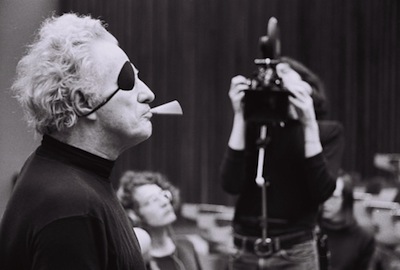