PRIVATE LIVES OF ALEXANDER KORDA: THE RISE OF CATHERINE THE GREAT - ECLIPSE SERIES 16 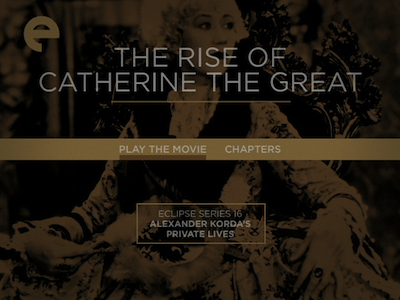 The Private Life of Henry VIII [review] was a great success for Alexander Korda, and so it only made sense that he would continue in this vein as both a filmmaker and a producer. For his next historical feature, Korda handed the directorial reins to Paul Czinner, who had recently left Germany with his wife, the actress Elizabeth Bergner, to escape persecution from the rising Nazi powers. Czinner and Korda settled on Catherine the Great as a suitable starring vehicle for Bergner. Though Catherine had a long reign as Empress of Russia, one full of scandal and rumor, the pair decided to focus on her early life for The Rise of Catherine the Great, and her move from her home country of Germany to the court of St. Petersburg--a situation that Bergner could likely identify with. 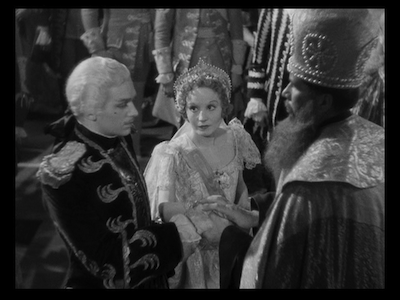 At the start of the picture, the Empress Elisabeth (Flora Robson, the Basil Dearden-directed Saraband for Dead Lovers

) is on the throne. Lacking both an Emperor and a direct heir, Elisabeth is trying to position her nephew, Grand Duke Peter (Douglas Fairbanks Jr., Little Caesar

, The Prisoner of Zenda

), to take over and carry on the bloodline. In classic fashion, the young monarch is not as interested in affairs of state as he is in affairs of the heart and also those of the body. Being a ladies man and a scoundrel, the idea of marrying a German princess he's never seen doesn't really appeal to the dandy. His mind changes, however, when he meets Catherine and she charms him with her naïveté and devotion.

Only, his mind is to change just as quickly on their wedding day when a valet (Gerald du Maurier) plants a doubt in his head: what if she is not as naïve as he originally believed? Feeling royally played, Peter approaches his new marriage as if it were a game. Can he carry on as he was and keep his wife in her place? He'll push her to see how clever she really is! 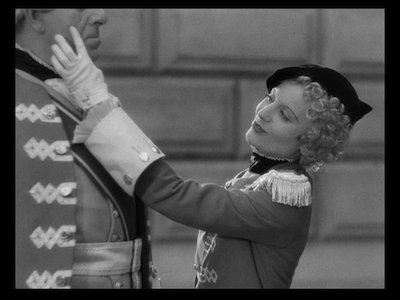 These early portions of The Rise of Catherine the Great are the best parts, with Peter acting the rake and Catherine trying to outmaneuver him, sometimes advised by Empress Elisabeth herself. Flora Robson pulls a coup on her castmates, completely dominating The Rise of Catherine the Great each and every time she appears on screen. (Hell, even Criterion chose to put her on the menu screen rather than the movie's titular star.) The actress reminds me of Helen Mirren, both in attitude and appearance. Hers is by far the most colorful role. She gets to shout and throw tantrums and even gives one of her ministers a black eye. Her showing "Little Catherine" the ropes has echoes of Choderlos de Laclos' Les liaisons dangereuses. The innocent is being trained to disarm the cad. Peter is fueled more by pride and jealousy than he is desire, and Fairbanks handles the wounded ego angle with aplomb. 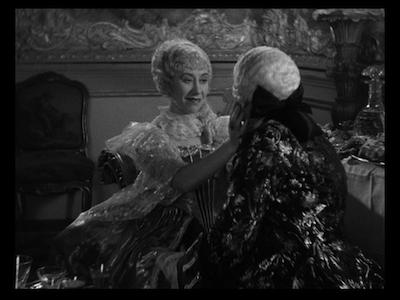 Unfortunately, The Rise of Catherine the Great nearly skids to a halt when Elisabeth eventually passes on. Peter rules Russia with the same shortcomings that make him such a bad husband, and he quickly fears Catherine's popularity and her keen instincts for fair rule. Or should I say her alleged instincts. The script, which was cobbled together by three writers, gives pretty thin examples of Catherine's decision-making skills, and for most of this part of the film, she appears far from great. The political machinations are a pale replacement for the more swarthy bedroom negotiations, and Catherine is shown as weak willed and easily bested, a wilting flower beholden to a rotten man. She is only convinced to make the right choice and seize power when his insults become too much to bear. Czinner wishes to paint Catherine as the mother of the country who will fight for her children, but that portrait doesn't fit in the frame, not when, for the bulk of the picture, she is too busy pining for her sweetheart to make the bold moves to get rid of him. 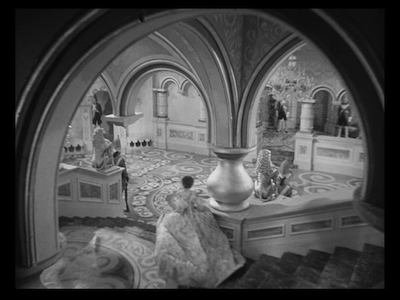 While the script clearly goes wrong in sticking Catherine in the backseat for The Rise of Catherine the Great's final act, some blame must also be placed with Bergner. She's not much of an actress, and she also lacks any special screen presence. Just like Peter, the camera doesn't really love her, it's more okay with her. Even surrounded by Vincent Korda's impressive set designs and decked out in John Armstrong's costumes, Bergner can't quite marshal the charisma to make her character believable. A film about a woman coming into her own and taking control of an empire requires a much stronger personality to bring it to life.

But then that's the problem. As a whole, Paul Czinner's directorial style lacks the vitality of even Korda's, who himself wasn't exactly the most vivacious. The Rise of Catherine the Great also lacks the sheer force of a performer like Charles Laughton, or the more lusty aspects of the Henry VIII story. When the gossip and the whispers take over The Rise of Catherine the Great, one can't help but think all that cattiness is much ado about nothing at all. Maybe they were saving all the salacious details for a possible sequel? Too bad the Korda franchise was soon to go elsewhere. 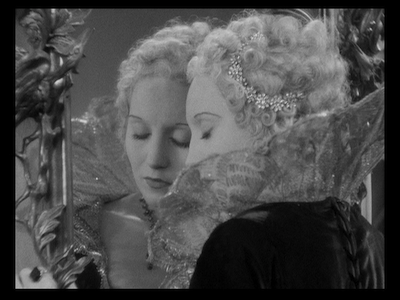